Unless you manage to grab your festival tickets during the official sales, from the official websites, you’re going to have a bad time. For the people who wait too long to purchase, the scalping prices can often be hundreds of dollars more than the listed and usually include a frightening Craigslist meet-up. While these experiences are seemingly inconvenient and unfair, scalpers of this year’s Burning Man Festival tickets took it to a whole other level.

There are currently two Burning Man tickets on StubHub going for $1 million each. During last week’s official sale, the 40,000 available tickets were taken within the hour by about half as many buyers. Of all the scalper sites, StubHub had the most available tickets, many starting above $1,000 and even some in the hundreds of thousands. Since their posting, many have been listed as ‘sold’ to the bewilderment of the rest of us. None of these exorbitant prices, however, come close to the million dollar Burning Man passes.

Only time will tell if these sellers become instant millionaires or if their insulting asking prices deliver only shame. Take a look at the following graph to see the top 10 highest priced Burning Tickets currently on StubHub. 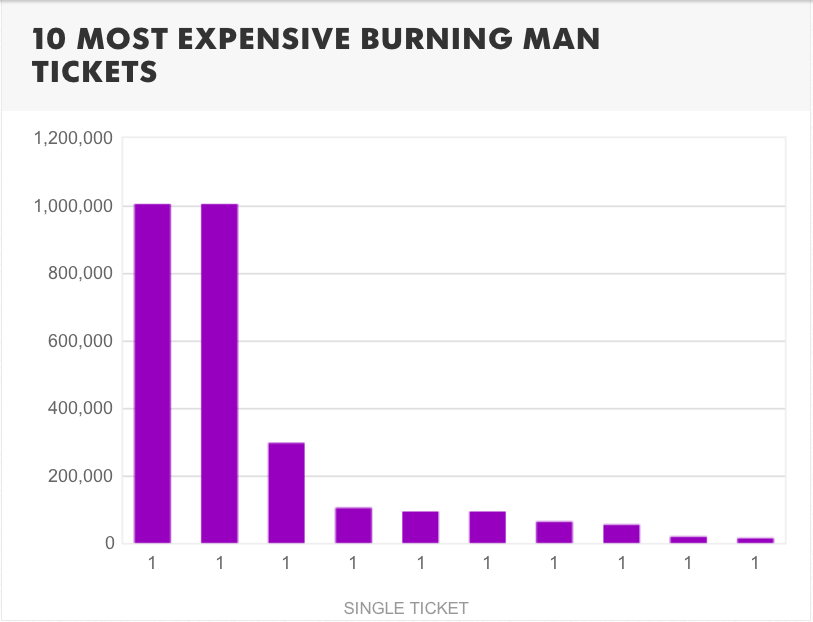 Skrillex & Diplo’s JACK U Album Is Out Early, And It’s Everything You’ve Ever Wanted