Your EDM Exclusive: Josh Pan Emerges From The Shadows

The murky chasm of underground, independent dance music production is an intense blend of order and chaos. To the outside observer, there would seem to be a total lack of hierarchy or any real roadmap to guide them through the ripples and waves of new artists just breaching the scene. Soundcloud accounts with less than 50 followers can get thousands of plays in the first day of their releases, but good music isn’t always what initially draws the crowd in. In this community, aesthetic is everything. Within our blossoming and evolving global society, it’s very likely that most fans around the world will never have the opportunity to see these artists perform live. For most of us, the first and only impression we’ll ever get is through the Internet. Producers’ social media presence, posted images, and basic online presentation all become a reflection of their ideals and artistic approach. In order for the artist to truly succeed, and move upwards from the depths of Soundcloud, the entire experience of viewing them online must be immersive and gripping enough to make the average scroller want to stay and see more. One such artist is Josh Pan, master of web aesthetic and mysterious champion of the underground.

Taking a quick glance at his Facebook, it’s immediately apparent that he isn’t the average meme-posting, trap-arm-previewing kind of producer. His feed is littered with grainy, black and white photographs of rough, urban landscapes juxtaposed with candid faces and thought-provoking quotes. His statuses are usually vague, interpretive ideas that warrant equally personal responses from his fans. There is a sense of darkness and realism to all of his artwork, adding weight and importance to his tracks. Josh Pan’s online presence is undoubtedly different than many of his peers, and he knows it.

Most people are just trying to be a producer, but Soundcloud is about presentation and aesthetic. You gotta sell yourself as a style, you have to become the art. That’s why most people are failing. 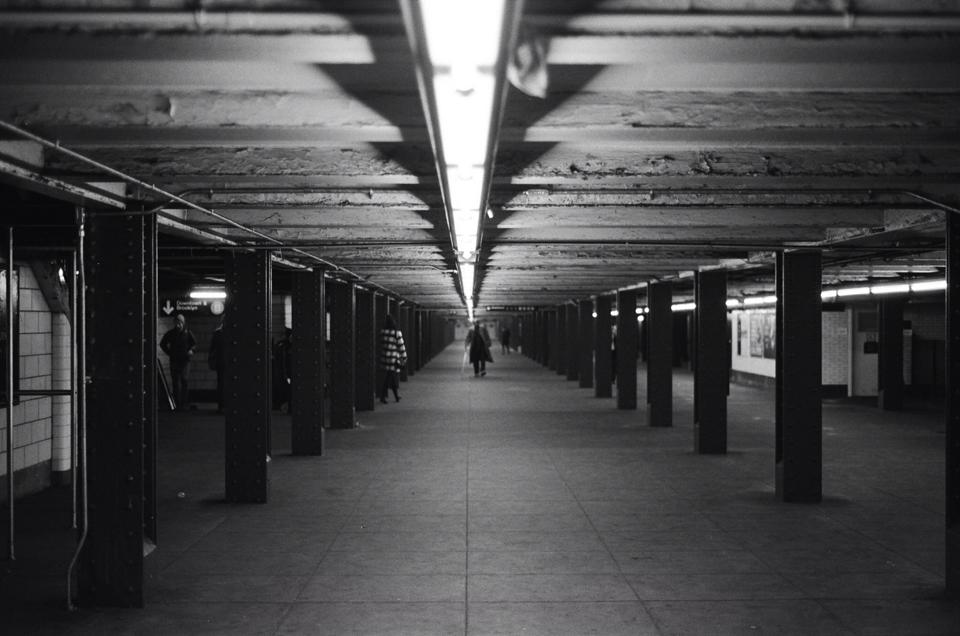 If the name rings a bell, you probably caught wind of Josh Pan during Nest HQ‘s pair of interviews where he was revealed to actually be a covert collective of more than 20 contributors, ranging from Luca Lush to Jai Wolf to Pham to Cavalier (only to name a few). While this is not the case, it was an incredible social move to acquire the respective fan bases of each artist who spoke out claiming to be Josh Pan. Now more than 30,000 followers strong, and with a music output more frequent than most other producers in the game, it’s high time we got a real look at the man behind the hype.

Since the initial explosion of attention several months ago, Josh Pan has already been labelled by many as the next Diplo or Kanye. With his endless catalogue of tracks, and his attention to visual detail, he seeks to transcend the boundaries of a musician and become the next global icon.

I started making music and had an epiphany. ‘Oh shit, I want to make a big impact and create a shift in our collective consciousness. I want to do my part on the largest scale possible.’ What can I do to reach the most people in the shortest amount of time? Add the most value to the world? Producers are the next icons. I didn’t want to get famous but you have to have a following, so I started producing every single day. My motivation still is to reach people, to get them to think about shit. The current state of Josh Pan is still ambiguous.

His musical inspirations seem to stem from many different areas. Some tracks like “i used to” sample R&B vocals and combine a minimal, future trap oriented sound with melancholy, romantic vibes. Others, like his newest collaboration with Misogi titled “bitch“, feature trance-inducing noise elements and dark, scratchy synths that carry with them an innate feeling of anguish. It appears that all of these approaches, however, come solely from Josh Pan’s own mental state during the time he’s making them.

All my inspiration has come from the same source: straight up my own feelings. It used to be a lot more rational. My music is fucked up. More than anything, I want people to be really honest with themselves. Artists should be real, talk about real feelings. If you’re struggling, talk about it. I don’t know if I want people to share my sentiments, but I at least want them to realize it’s okay for them to be real with themselves. If everyone was honest with themselves there would be a lot less people in the industry.

Throughout our entire conversation, Josh and Misogi attempted to analyze their own place in the industry. To “make it big”, it seems one of the most important qualities to have is to be able to understand where you are, and to utilize perspectives outside of your own to gauge your progress and to know where to go from here. If forward momentum and rung-climbing is the goal, you can never spend too much time smelling the roses. “We should have a million followers each,” jokes Misogi, “we’re definitely underrated haha.”

We subtract shit from our songs and make it our own, like “BROKEN HALO“. These are the kind of songs I’m talking about. EDM played the biggest part in all of this. I’ve been about Skrillex for so fucking long. I started out producing straight brostep, like Excision. If I didn’t have all the EDM knowledge I do, I wouldn’t have been able to do any of this.

I think my music is in between everything, could be EDM. I don’t listen to that much music because I’m making so much. We don’t really listen to EDM or pay attention. Even if it sounds like it, the form doesn’t matter anymore. It’s all about the soul, all about swag. You can’t buy swag. Completely depends on how you use your tools. You gotta make your own trends.

Josh Pan hopes to establish a cult-like, familial group of friends and like-minded peers in the future. With his vast array of collaborators, this seems very achievable. He wants to hold tight to those close to him, and rise through the ranks together. Getting a big stage for his crew and headlining festivals are next on his list.

Even though we’ve become acquainted with the man behind the name, the question of “What is Josh Pan?” still remains open for interpretation. While there doesn’t exist one true answer, I’d like to give it my best shot. More than anything else, Josh Pan is an ungraspable vessel for the listeners’ experience of their own subjectivity. By stripping away any concrete, categorized, static portrayal of Josh Pan as a music entity and instead viewing him simply as a catalyst for one’s own mental and spiritual journey, he allows you the listener to embody the music and images as if they were your own. Self reflection and the discovery of new facets to one’s own identity are natural responses to reading his words or listening to his songs. Josh Pan is a cloudy, unfamiliar yet eye-opening perspective on yourself that you didn’t know existed. To quote him: “You are Josh Pan.”

Hop aboard the Josh Pan train as it begins to leave the station, and join a movement destined for big things. Be sure to check your feeds for Misogi’s new EP “Pink 2“, set to release soon.