Last week we announced that Soundcloud would be pairing with Zefr, the company which YouTube uses to scan uploaded material for copyright infringements.

While we hoped to be reporting on the successful implementation of their highly accredited system, it seems that Zefr has only made things worse. With reports popping up all over the Twitter-sphere in regards to DJ mixes and remixes being taken down left and right, it seems bedroom DJ/producers and A-list acts alike were affected. Knife Party is a prime example, as the new partnership has cost them five uploads which had acquiesced millions of plays, including teasers for “EDM Death Machine,” “Boss Mode,” and “Destroy Them With Lazers.” 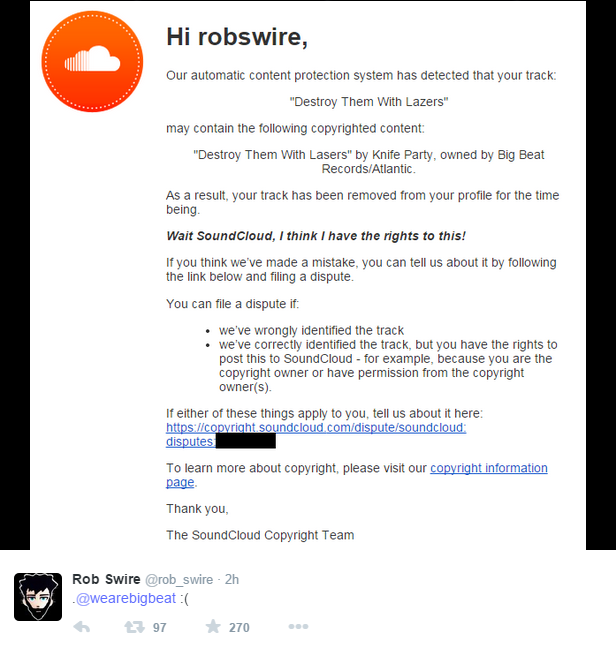 Although the take-downs are clearly targeting everyone, regardless of size, it is important to stress that Zefr and Soundcloud’s partnership is continuing to put power in the hands of major labels and major artists with the ability to claim re-uploads, bootlegs, and more as their own and monetize off of the plays. One thing that is for sure is that Soundcloud sits on the brink of ostracizing a vast portion of its audience and artists as they march closer and closer to the ultimate death of remix culture.

As always we appreciate your thoughts on this highly controversial topic, and look forward to reading your opinions in the comments below.

UPDATE: Knife Party’s tracks have since been restored.