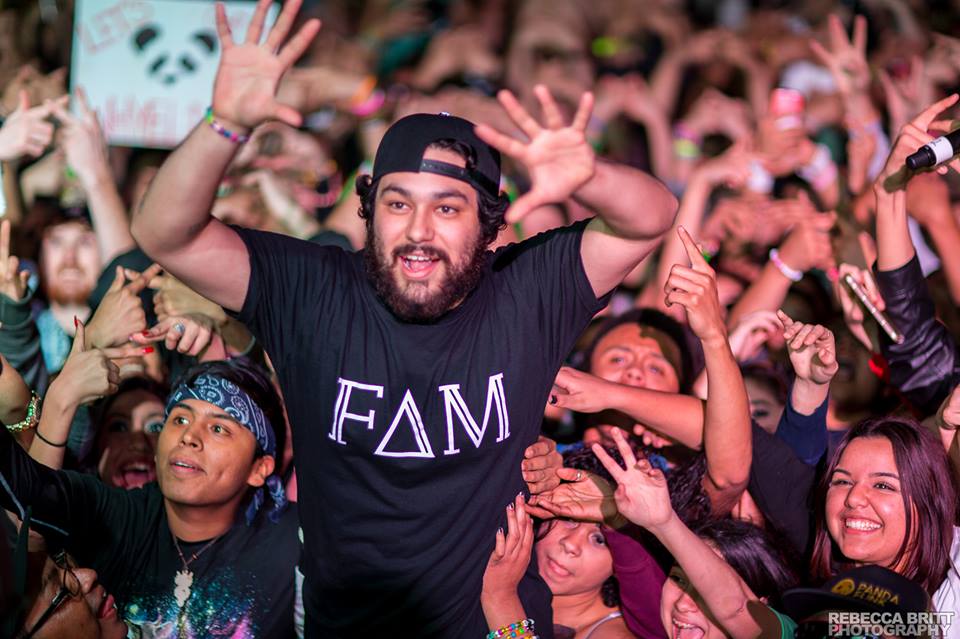 Deorro, the Melbourne bounce DJ/producer who uses a Panda as a part of his brand, just sat down with Playboy and revealed that his biggest desire at the Playboy mansion would be to “see the animals.”

The rather innocent superstar EDM artist goes on to admit that Lindsay Lohan was his first celebrity crush, and that despite how it looks in his new music video with Chris Brown for “Five More Hours” – Deorro cannot drive a bus.

Enjoy the full interview and new music video below.

What was your first encounter with Playboy?

I saw the mansion on TV and I was like man, that’s amazing. I’ve seen it from the front, but I never got the opportunity to go in. I’m hoping one day I can. I want to see the animals and stuff!

What’s the greatest song of all time?

Oh man. It’s definitely gotta be the whole Dark Side of the Moon album. One song all the way through, you know. It’s just amazing. To me it’s the best album ever made.

If you could get away with any crime what would it be?

I’d bring my family over to the United States.

What was your first car?

A Honda Civic. When I saw [the car], it was cool. It was one of those cars where you do something with the engine and it works for a little bit, and like, they fixed it up, so that when I tested it, it worked ok. Then I bought it and it started messing up. It’s a quality problem, though. I had a car.

Who was your first celebrity crush?

What’s her name? From the Parent Trap? Lindsay Lohan. I was in love with her, I was like 7.

What movie scared you most when you were a kid?

Blair Witch Project. It freaked me out. Everybody was in the theater and I was like, wait hold on, is this real? How did they get this footage? It was so good though.

What was the biggest lie you ever told?

Yesterday I was doing a Chris Brown music video, and I was all freaked out because I was going to drive a school bus. I’d never driven a bus before. I slammed the brakes, and all the girls in the bus went flying. I felt terrible. Everyone was like, you told us you knew how to drive. But I never said I could drive a bus.