Zedd’s True Colors Scavenger Hunts Pull Out All the Stops

by Your EDM Staff
in Editorial, Editorials, EDM News, Featured

In preparation for Zedd‘s sophomore album True Colors, the German/Russian producer has been giving fans in 10 US cities the chance of a lifetime. Hundreds have been racing around LA, Denver, and Atlanta on a city-wide scavenger hunt, all for the opportunity to be whisked away to a secret location to hear one of the songs from Zedd’s new album. Two of Your EDM’s staff – Georgia and KSpence, participated in Chicago and Philadelphia, respectively, last week. Here’s what happened:

I never thought I’d find myself running around downtown Chicago on a Friday afternoon looking for magenta Z’s to take a selfie with. It all started at 4pm when the map dropped, giving us the exact location in which to look. With my friends in tow, I frantically ran block to block, dodging traffic and weaving through the crowds to find five of the ten symbols we needed. There was no better feeling than running across the bridge to the end location and being handed a card saying I made it – I was lucky number 13. I watched as more and more people came running over the same bridge, arms raised in excitement, screaming that they had also made it. Not one person wasn’t smiling, even with heavy rain coming down on us.

After Georgia clued me in on her journey, I tried to narrow down exactly where the scavenger hunt would take place in Philadelphia. As time grew near and the Zedd True Colors twitter zoomed in on the map, I realized I had been completely wrong, and that our hunt would be located somewhere in Fairmount Park just outside the city. After making an Uber driver circle around the park, a white Z caught my eye, and I was off to the races! Though I was alone, I allied with other fans and together we located the six symbols before crawling up a hill and collapsing on the finish line (it was almost 90 degrees and very humid). I was the ninth person to cross, completing the hunt in less than 15 minutes. The staff handed out bottles of water as well as a pink Zedd True Colors T-shirt to every participant.

Phase 2: Traveling to the Secret Location

When all 50 people crossed the finish line, we were led to trolleys parked nearby. Once aboard, we were given T-Mobile portable chargers for our phones, just the second of many awesome freebies we would get that day. From the finish line we were shuttled only 10 mins away to the Shedd Aquarium. Upon entering, we were immediately greeted with raspberry margaritas, to match the magenta theme of the day. Already, the experience was more than I could have ever asked for, but there was so much more in store for us as we were given guided tours of the beluga whales and penguins.

Some of us tried to guess where we’d be going. Philadelphia is full of amazing museums and places like Chicago’s Shedd Aquarium. However, our co-ordinator told us our location was almost 90 minutes away, well outside the city. To keep us at ease, we were served food and drinks on the party bus in addition to getting our T-Mobile chargers. Since the color theme was white, a stock of Blue Moon (white ale), Rice Krispies treats, white cheddar popcorn and even Trident White gum waited for us. During our ride, we also heard a personal message from Zedd, before ending up at the Mercer Museum/Fonthill Castle. Yes. Zedd brought us to a friggin castle.

Phase 3: Debuting the Song with Zedd!

At the end of the tour we were asked to hand over all of our belongings, including our cell phones, before being handed a pair of brand new magenta Beats Royal Edition headphones. We walked along the upper level of the beluga tank to the seating area where we patiently waited. Then, from the far left Zedd ran towards us, as all 50 of us erupted into applause. Before he played “Beautiful Now,” he explained how when he’s underwater, surrounded by coral and fish, the colors are so vibrant and he always sees the color magenta. “Beautiful Now” was released last Wednesday, the 13th.

After surrendering our belongings and picking up white pairs of Beats Solo 2 Wireless headphones, we were escorted to a small library within the castle. Zedd happily greeted us from the second floor and bounced down the winding staircase. Our song was “Papercut,” which is why he had chosen the castle with multiple rooms of archaeologist Henry Mercer’s private collection of books. Zedd explained, “You know when you get a paper cut, and it hurts like hell the second you get it, but when you wake up in the morning the pain is gone? That’s what this song is about; being hurt but realizing the pain goes away quickly.” “Papercut” is also the longest track on True Colors, almost twice the length of any other. Zedd was impressed that all of our questions focused on his production process.

Phase 3: Dinner and Enjoying the Location

After we finished listening and Zedd answered some of our questions, we were then instructed to grab our bags and head to the main room of the aquarium which was lit to be magenta. The group enjoyed drinks and dinner while we discussed the song, our excitement, and took more pictures of our experience. After a while, a man appeared in the center tank (wearing a True Colors tee), and told us more about the types of animals as he fed them. Even Zedd hopped in and enjoyed the quality time with the whales.

These guys thought of everything, because even the lounge chairs and foods were color themed. We sat on the terrace of the castle as the sun set, enjoying a playlist Zedd created of all his favorite tracks. We also were given a tour of the castle, which featured another scavenger hunt. Hidden in each room on the tour was a a box with a Zedd luggage tag on it. At the end of the tour we gathered all the boxes, which were all connected to one final surprise. Together, we melted a silver locket, which opened a box, that contained a combination, that opened a treasure chest of origami paper cranes for each of us to take home. I was already impressed by the events of the day, but this really did it for me.

Phase 4: Meet and Greet with Zedd

Soon enough Zedd came back out and began taking photos and signing autographs for everyone. This was honestly one of my favorite parts of the night because he took the time to really talk and joke around with each person. He didn’t hesitate to take a funny photo with anyone who asked and was so genuine throughout the entire experience. He even agreed to take a prom style photo with one of my friends.

I’ve never met someone who was so excited to meet each of his fans. Normally if I meet someone, I just shake their hand but Zedd is a big hugger! No question was too weird to ask, like my favorite: Would you rather have peanut butter on your hands or stuck to the roof of your mouth? His response: “I am obsessed with having clean hands, so I actually try to avoid eating any foods that get my hands dirty. Is that weird?”

Yes, Anton…that’s a little weird. You’re a weird person. But you’re still okay in my book. 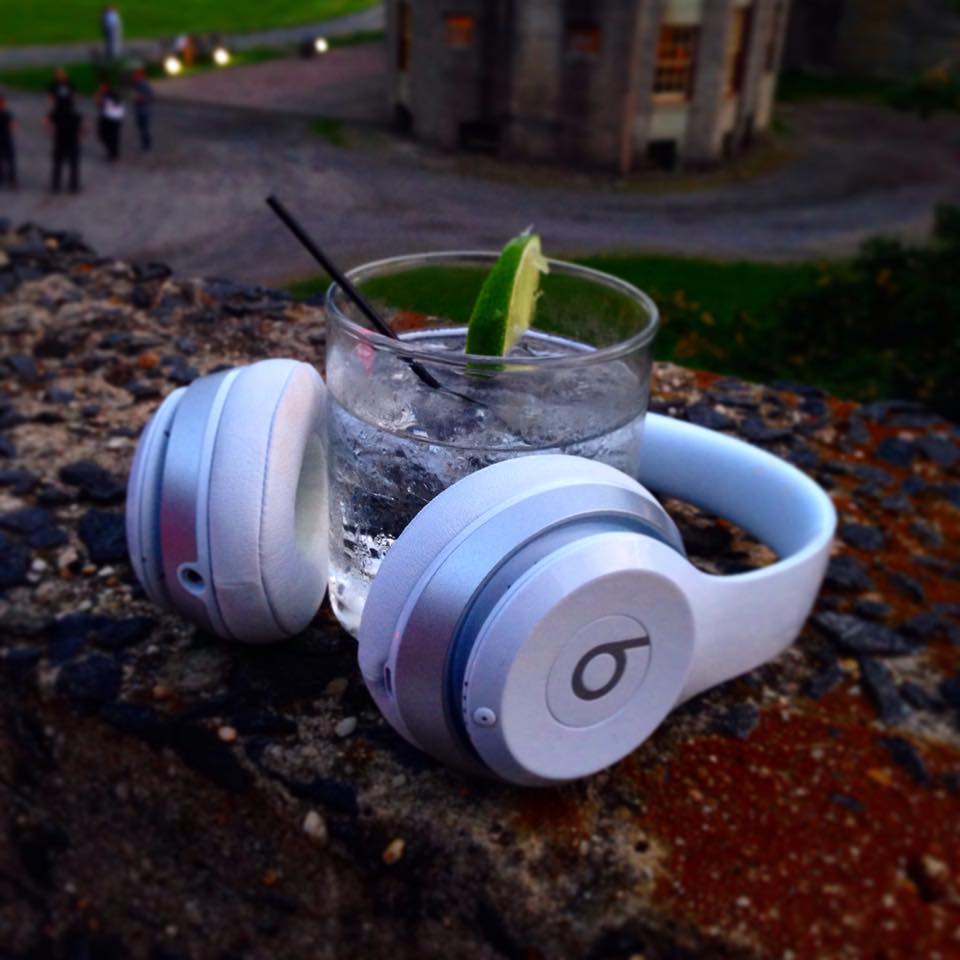 This event was one of the best things I have ever experienced in my years involved with music. Being a part of it as just a fan rather than a photographer made it that much better. Not many DJs have gone to these lengths to release music from their albums or show such appreciation for their fans, so for that, I salute you Zedd. You really made a fantastic experience for everyone involved.

What she said! Many thanks to not only Zedd for being so sincere and generous, but thank you to all the staff and volunteers who worked so hard putting so much attention into every detail! Even if fans don’t get the chance to participate in these experiences, they’re going to appreciate every song and the amazing meanings behind them.

True Colors is in stores this Monday, May 18. Find out if Zedd is coming to a city near you this fall at ZeddTCT.com

NGHTMRE Remixes Slumberjack's "The Others" And It's Fire [Free Download]