Digital Music News released a leaked contract today, detailing the royalty payments that will be doled out to the indie artists underneath Apple Music‘s new streaming service, set to begin June 30th. It seems that during the service’s 3-month free trial version, there will be no royalty or license fees paid to the artists. This will also be the case for special accounts giving to certain music industry and artists. When the independent artists do get paid, however, they will only be receiving 58% of the revenue. 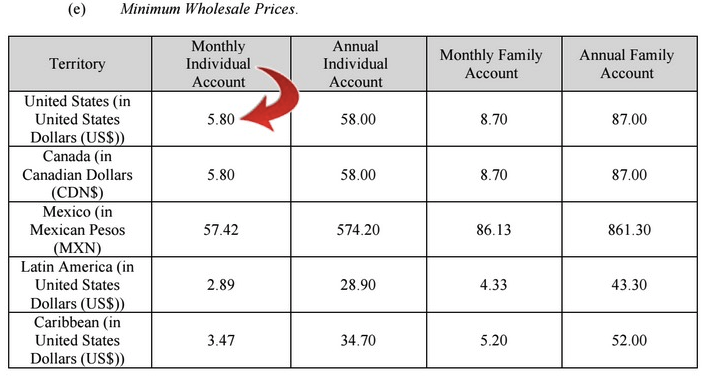 Because of this 3-month long hiatus of revenue per user, the label will be losing a significant amount of capital, and subsequent esteem in the business world. Even though other sites like Spotify pay equal or worse cuts of revenue to their rights holders, they’ve already amassed a following that greatly outweighs the numbers that Apple will begin with at their time of release. By offering users lengthy periods of free reign, the artists who have dedicated themselves to the service will most likely see moths fly out of their open wallets until they decide to subscribe to their paid version.

Take a look at the full royalty section of the leaked contract below. 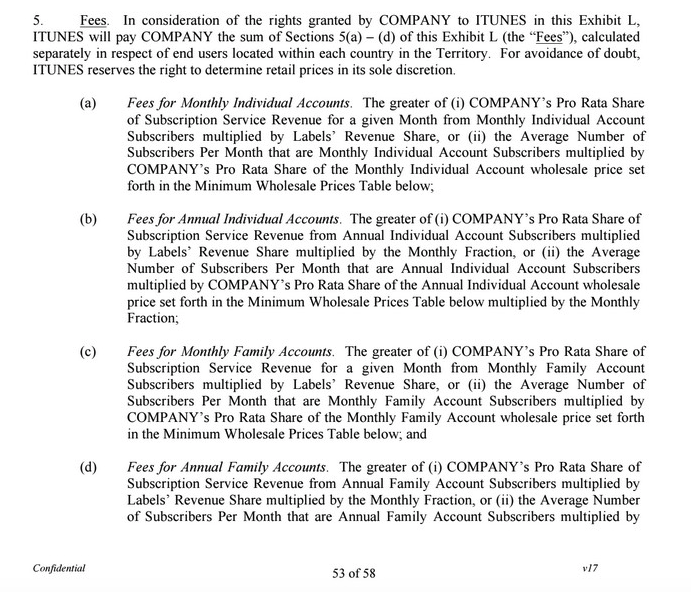 While Apple chooses to “reimagine” the streaming service business model, sites like Beatport have chosen the opposite approach when it comes to artists and DJs uploading their own work to the site. Independent artists who upload tracks are paid for every stream, regardless of their status or association with labels. With a user base that dwarfs Apple’s expected numbers upon release, it seems that using sites like these is a far more beneficial option for those wanting to get their money’s worth.