After a mind-boggling day 2 of Chicago-based Spring Awakening Music Festival, Skrillex and Diplo of Jack Ü and Hardwell (all of whom had performed at the main stage earlier in the day) took to the streets to play an unprecedented B2B2B at the Mid.

What was initially labeled as a Skrillex-only set turned into a mosh pit of DJs behind the decks. On Skrillex’s snap story, Skrilloo, you’ll be able to get a small taste of the carnage. Featured in the video is a yet to be released track from quickly rising producer NGHTMRE titled “Street”.

Needless to say, if Jack Ü thinks it’s solid enough to play out in a club, it will surely be passed around the charts when it finally surfaces. Check out a preview of the track below:

… And, one more action shot to make you even more envious of those in attendance. 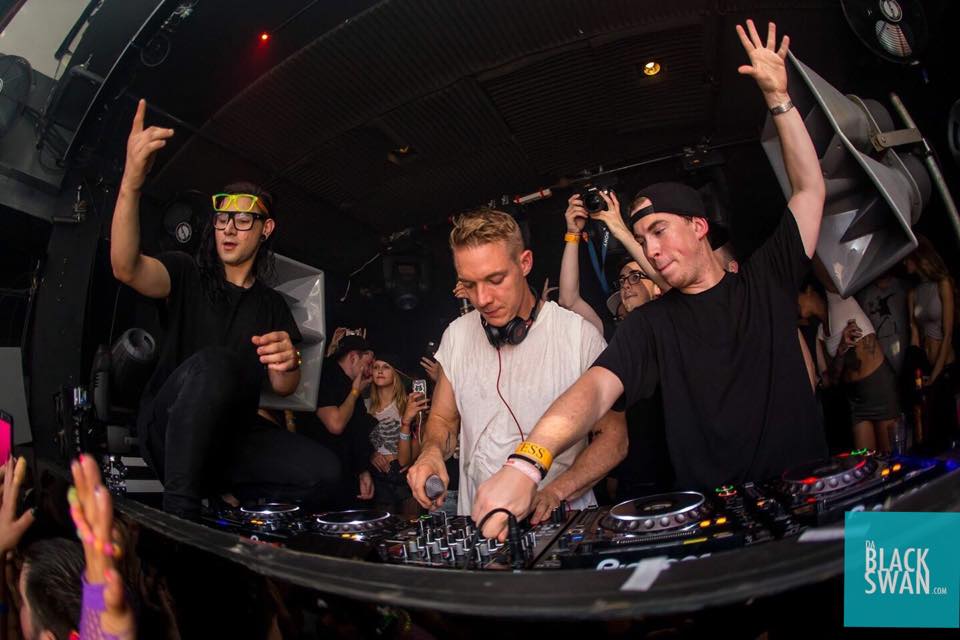 Singer Catches Beer From 200ft Away While Crowd Surfing, Proceeds To Drink It [Video]