Your EDM Exclusive: Sikdope Talks Poland, Promoting Music, And His Goals For The Future

This past weekend I had the esteemed pleasure of being able to conduct an in-person interview with none other than Sikdope. I have been listening to his music for over a year, and I have been a very big fan of his ever since I first discovered him. Being that he and I come from Polish backgrounds, I had this feeling we would get along very well. I remember the days when I’d give him shout outs on his Instagram and share his music with everyone I knew. Now, he’s sitting pretty with 101K followers on his Soundcoud, and an army of fans who love him. He has this true ability to be able to experiment with all genres of electronic music, and he’s broken so many boundaries in the industry. This is what we discussed before his set at Trapfest in Phoenix:

What was it like to work with Buygore and all of the guys at the label?

I love those guys. They will always be my good friends, although I haven’t released anything with them recently. We had a lot of fun on our Buygore tour we were just on as well. Steven, the label’s manager, has been the one guy who is handling all of the artists’ stuff. Promotions, A&R, all of that. Everyone is just like a big family. I will always love those guys.

Who are some of the artists who inspire you, or artists you look up to?

I don’t necessarily have an artist who inspires me. I choose to let music inspire me. I was raised listening to a lot of heavy metal and rock music, so my passion for creation really grew from listening to music like that. But if I had to say there were artists I admire, I think one of them would be Olly James. He’s from the UK and this kid sends me like five or six tunes a month. The guy is a machine! He’s really an awesome and talented artist. I also really love what Marshmello is going right now. He’s such a tight producer, a really sick artist. It’s so funny how everyone is trying to guess who he is. Everyone kind of knows right now, but it’s also still kind of a secret. I also love Will Sparks and his bounce music. I saw him once at the Yost Theatre with Joel Fletcher and Timmy Trumpet. He’s such a sick DJ and a great producer.

You’ve been posting your Sikcast podcast mixes for over a year now. Do you have anything special planned for the mixes you’ll be releasing in the future?

I am definitely going to keep doing the mix series. I am trying to help these newer guys get their names out there a little bit. I receive a lot of submissions on my promo email from these newer artists. About 95% of what I play in the mixes consist of my friends’ stuff, or music I receive through my promo email. I am really just wanting to help people out.

Usually with your music you tend to incorporate so many genres. How has that been working for you?

I always try to make all different types of music. I love including as many genres as I can in my sets as well. I range from Trap, House, Hardstyle. I make some weird mashups too. I don’t like to close myself off to just one genre. I have an unreleased track that’s going to be something really weird. It’s something between future house and future base. It’s gonna be amazing.

I am a bigger fan of putting music out for free. People don’t really like to buy music anymore, and that’s the truth from my experience. It’s always better to give out free stuff. Fans with come to your shows, support your music, etc. They can just go to your Facebook or Soundcloud and just download music for free. About 99% of my music is free now. It’s given me much more independance too, because if you release with labels, you have deadlines and stuff that sets an artist back. But releasing for free on my own allows me to be more creative and I don’t have to abide by a schedule. 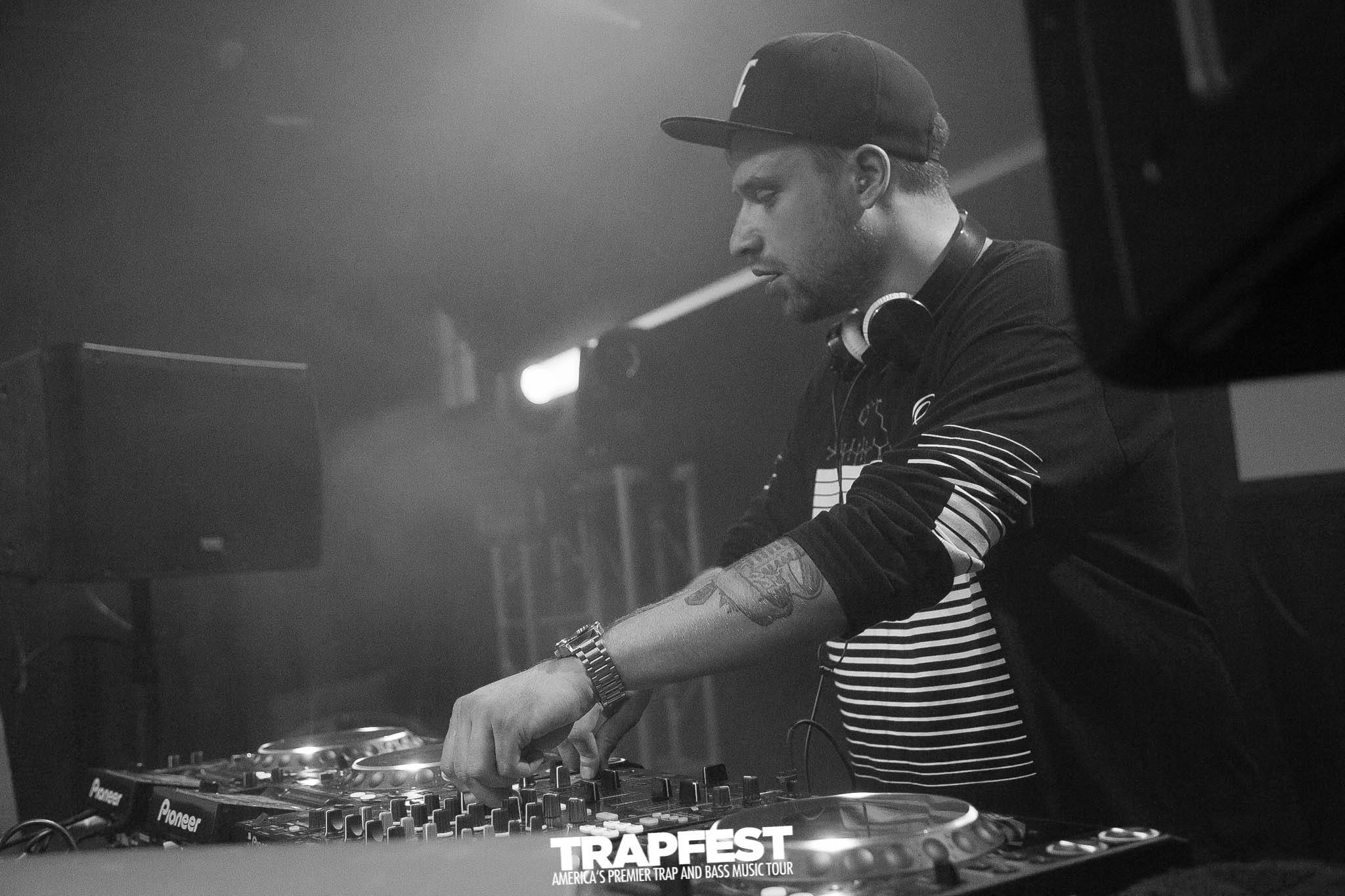 If you could play at any event, what would it be?

How did you get started in Poland? What is it like in Poland, and how has it been for you with growing and learning through the scene there?

I actually haven’t played a show in Poland for about two years. I have been playing everywhere, but the scene in Poland is pretty tough. There are a couple of artists who play a lot in Poland, but they are mostly commercial DJ’s. Like the ones you hear on the radio. About six years ago I was playing six to eight hour sets in bars, and that’s where I got my start. I am not underground enough, and I am not commercial enough, so I don’t really fit in there. It is a rough scene for sure.

What venue do you enjoy visiting the most in the US?

Avalon in Hollywood. That is my favorite venue in the states. Everyone is really nice and friendly. The promoters are really doing a great job there. Shout out to Avalon, they’re killing it! 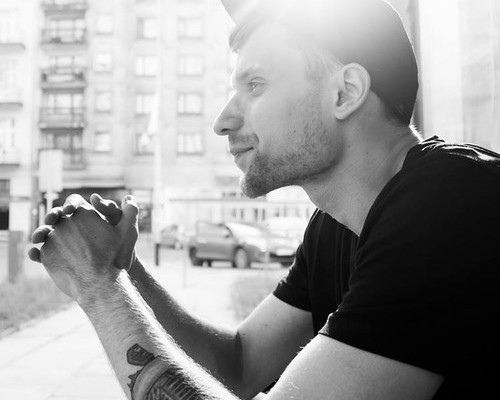 Bonus Round (oh how I love this part):

What is your favorite dessert?

How do you feel about Perogis? 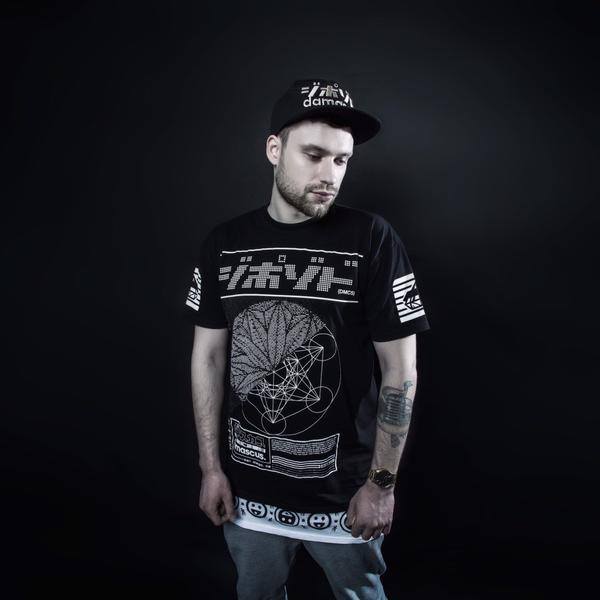 After discussing music and his career, we ended up chatting a lot about Poland and the Polish words that I know. He told me about his recent proposal to his girlfriend of six years, and how they are planning an incredible wedding where they live. He even commented on how he and I celebrate Polish Christmas. My overall impression of Dawid, aka Sikdope, is that he is a very fun and outgoing spirit who wants nothing more than to make the people around him happy. He gives a positive energy that I hope to exude myself one day. I am very glad to have met him, and I know he will go to extreme heights in his career and in his life. I do hope his dreams come true, so I can see him at Tomorrowland in Belgium someday.

Thank you very much Dawid. This was most certainly a life changing experience.