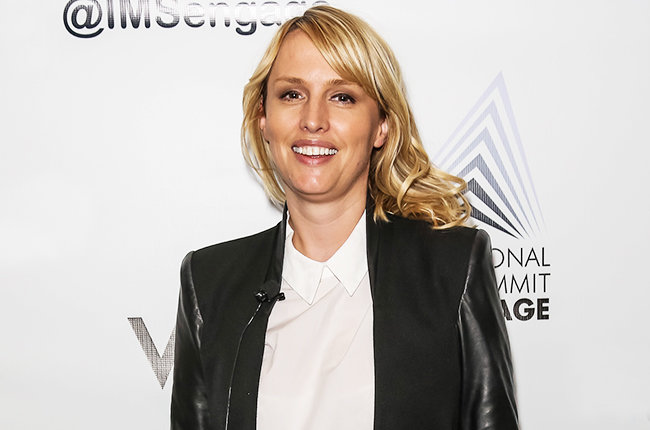 Long-time manager of Steve Angello, Axwell, and Sebastian Ingrosso, Amy Thomson, was sidelined the other day by the sudden and abrupt announcement of the separation between her and her clients. The news was expected, but Thomson was unaware of the date of such an announcement and had no time to craft an official statement as was requested by Billboard on short notice, responding, “It’s a shame that I didn’t know the article was running today,” says Thomson. “At this time I’m not able to comment further, except I wish them the best. My role as manager of Swedish House Mafia and their rights management remains unchanged.”

In the time since, fans have had a field day with conspiracy theories and rampant speculation as to the reasoning behind the split. In reality, it’s nothing so dramatic. Sometimes, partnerships just fizzle.

Reluctantly I have decided to answer the Billboard article posted yesterday. I haven’t done an interview since I talked about my fears over SFX at the IMS in LA in 2013 and got attacked for it, I refused my interview in Billboard’s recent EDM power list issue, because I just feel that discussing clients isn’t something I want to do

However once I started to see some emails and tweets start to accuse Ax and Seb of being unfair to me I am actually going to step in.

I was shocked yesterday , as I said in the article when I was asked for pretty much an immediate quote , as I was told very early in the morning the piece was running and I had no idea, and if I’m honest, I forget that people choose to write about these things, and I forget even more that people seem to want to talk about it. For me, this is a private relationship like all my close friendships.

Whilst the business around house music, since someone named it EDM in order to bottle it and sell it more, has grown up, and become more official, and the entourages have grown, and the shows have got bigger, and I played my part in all of that, good and bad….at the very heart of it, we were just 4 people, loving every single second of what we did, and using music to scream out all of our frustrations with life and we went on one hell of a crazy ride.

We didn’t book Madison Square Garden that first time around to try and look big, we just wanted to see where we could put a rave that had never been done before…throw the greatest parties on the planet, and ride a wave we already felt turning. We would book venues and then wonder what show we could afford to build, blundering around the world of pyro and LED like kids in a candy shop…it was an incredible time.

There are 4 people in the world who know why Swedish House Mafia ended, and I am one of them. I’m not about to start talking about it now, same way we didn’t talk about it back then, but would we have even been where we became if we didn’t end? Maybe not. We took our moment and we ran with it. The conspiracy theories and gossip around it makes me smile all the time. I’m proud of all we did, but that was one chapter of our lives. It’s not what defines them, and its not what defines me.

I was happy to work with Axwell and Sebastian after SHM. It wasn’t about a beef with Steve, it wasn’t about revenge, it was just how we all wanted to do stuff. Me and Steve are cool. It’s that simple. Ax and Seb made much of that album in my cottage in LA and we had a nice time sticking together after the One Last Tour, still shell shocked from the incredible journey we had made, but deafened by the noise in so many ways and how you move on from that and we supported each other in essentially getting over Swedish House Mafia.

When we headlined Ultra this year, and subsequently closed Coachella, that moment came. We got over it. We started to smile again and have fun with everything, the gossip had stopped, an identity of our own had begun, reunion tweets were dying down and the first question in every interview wasn’t ‘when is SHM getting back together’

In that time I had moved to LA with my daughter and my personal interest in music widened. The consumption of it, the future of it, it’s changing landscape and in LA the world is at your feet to explore it. Sweden is 9 hours ahead of me, it was inevitable the relationship with me and the guys would yet again evolve.

In the summer of this year, it was clear to all of us this chapter was done. People need to understand, there is no contract or job title that covers the friendship we have, and it would be wrong for any of us to cling to a structure where we don’t feel challenged, creative, at our best….

I’m 40 years old now, I live in LA, my eyes are so wide open as to all of my own dreams and the guys have their dreams, and for once, we just hugged it out and agreed we should go our separate ways.

To wake up to headlines about them leaving, about sources saying I was flying to other countries to beg for my job, is so alien to me, because none of us will ever leave each other. We are possibly the closest friends anyone could ever have. They’re like family to me. We have simply evolved. We have grown and we have respected each other’s needs and journey’s.

We all needed a change, and we all gave each other that courtesy. Swedish House Mafia and Axwell /\ Ingrosso was an amazing time and I don’t regret one single moment of it, but it’s not my future. But we will be in each others lives always and maybe some people who live by contracts and lawyers, don’t understand the genuine relationship we have that requires no paperwork.

My company and team do so many amazing things and for me, it’s time to shift my focus, and for them it’s time to have a fresh set of eyes on their incredible music and shows.

So thank you to everyone who emailed me / texted me / tweeted me and helped me in this last year of me working on Ax and Seb. Beats campaigns, H&M campaigns, albums, singles, videos, festival headlines, show builds…all of the effort that went into the final year being something I’m so proud of. But it’s time to move on now. Its mutual and for anyone who wants a story beyond that, I wish you the best of luck making it up…