In this time of digital mixers, it’s rare that the dance music community gets to see a real scratcher in action. Even rarer is the chance to see an epic, 40-person face-off with some of the world’s most capable and creative “real” DJs. 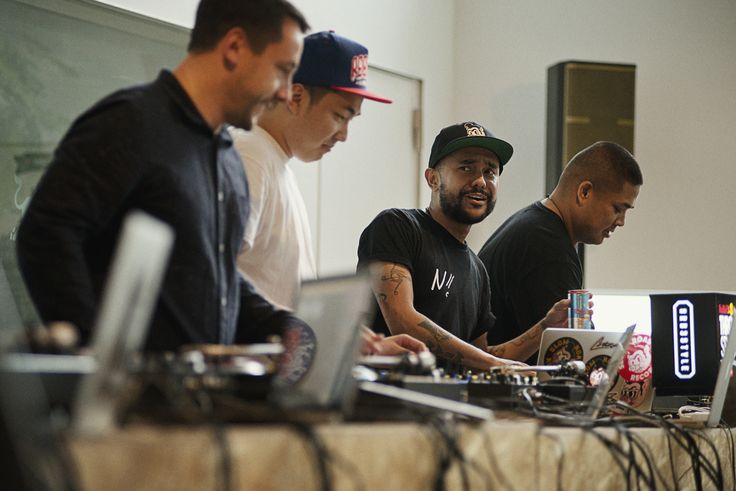 In light of Tokyo’s recent Thre3style World Finals, Red Bull decided to take advantage of the opportunity and curate the world’s largest scratch session in history! Divided into teams of four, champion scratchers from all over globe congregated in one room to perform a solo and try to outdo their opponents.

40 Pioneer turntables, 80 XLR cables, and 6 PA mixers were set up along a room-wide table. DJ Craze, Jazzy Jeff, Q-bert, Z-Trip, Grandtheft and many more were all in attendance. Watch the 8-minute session below, and find the list of team rosters further down.