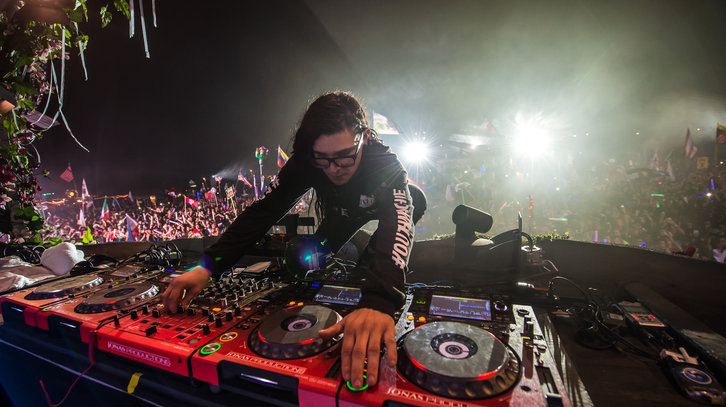 Writing this story, I was wishing I was at Amsterdam Dance Event for this. The creative heads that keep OWSLA as one of top electronic music labels in the scene decided to throw a small party to themselves and about 300 friends. The event was held in a crane about seven stories off the ground. To make matters even more awesome, the party was filled with epic music played by artists Vindata, Wiwek, and What So Not. Even label boss himself Skrillex played a solo set to the cool kids lucky enough to attend this shindig.

But then things took a turn for the unexpected. One-third of one of the most renowned electronic outfits Noisia joined Skrillex in what turned out to be one of his most unique live performances fans ever had the pleasure to hear. The Noisia member Thijs de Vleiger and Sonny played a crazy variety of epic drum and bass to a small, fierce crowd wanting more.

Even Skrillex and Noisia couldn’t keep their excitement to themselves as they took to Twitter to tell the world what bass-filled wonders took place.

Did someone say b2b @Skrillex and b2b @RichardDevine in 6 hours? yeah that just happened wtf

There was even footage caught from the exclusive event showcasing brief clips of Skrillex and Noisia going hard with fans losing their minds.

If you want to know what that Thursday night was even remotely like, check out the full tracklisting of what Skrillex and Noisia played that evening here.