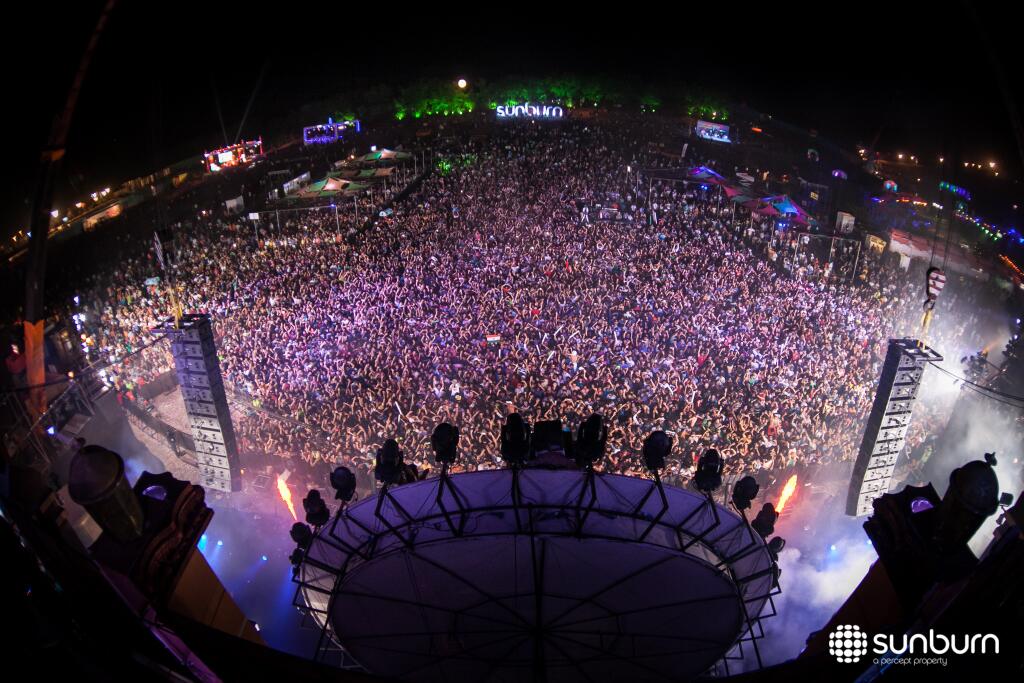 Goa, one of India’s western states, may have to cancel two of its largest end-of-year EDM festivals in the coming week, following opposition claims that two of the event organizers have not payed their tax dues in two years. Described as a “cash-straved state,” Goa’s Congress and NCP have declared that until the two organizers pay the over $450,000 in taxes, their events will not be allowed to go on.

The festivals, Sunburn Goa and Supersonic, were also recently in the news for a reported ISIS terrorist threat that forced them to beef up their security efforts and caution. Now, their scheduled dates from December 27-30 appear to be in even more serious jeopardy.

Goa Pradesh Mahila Congress Committee Chief Sunita Verenkar believes that it should be the BJP (Bharatiya Janata Party) who should lead the effort toward collecting the organizers’ dues. It was they who objected to the concept of EDM festivals in the first place, she says, and now it is time for them to prove their convictions.

“The BJP government should ban EDMs. While in the opposition, they had accused the Congress of promoting such festivals, which according to them were against the ‘culture’ and ‘pushing drugs.'”

The Indian government is determined to collect the money, says Goa Tourism Minister Dilip Parulekar. He says they are following proper procedure in handling the matter, and that no blame should be placed on the government itself for the lack of results thus far.