January 22nd. Mark your calendars for what will surely unfold into one of the most legendary broadcasts to date. Pete Tong and Richie Hawtin have announced two dates in which they will record performances with some incredibly special guests. Los Angeles’s date includes fan favorite Eric Prydz, MK (+ special guest), and none other than Dirtybird’s Claude VonStroke. Touching down on a rooftop location in West Hollywood overlooking downtown LA, this is not to be missed. 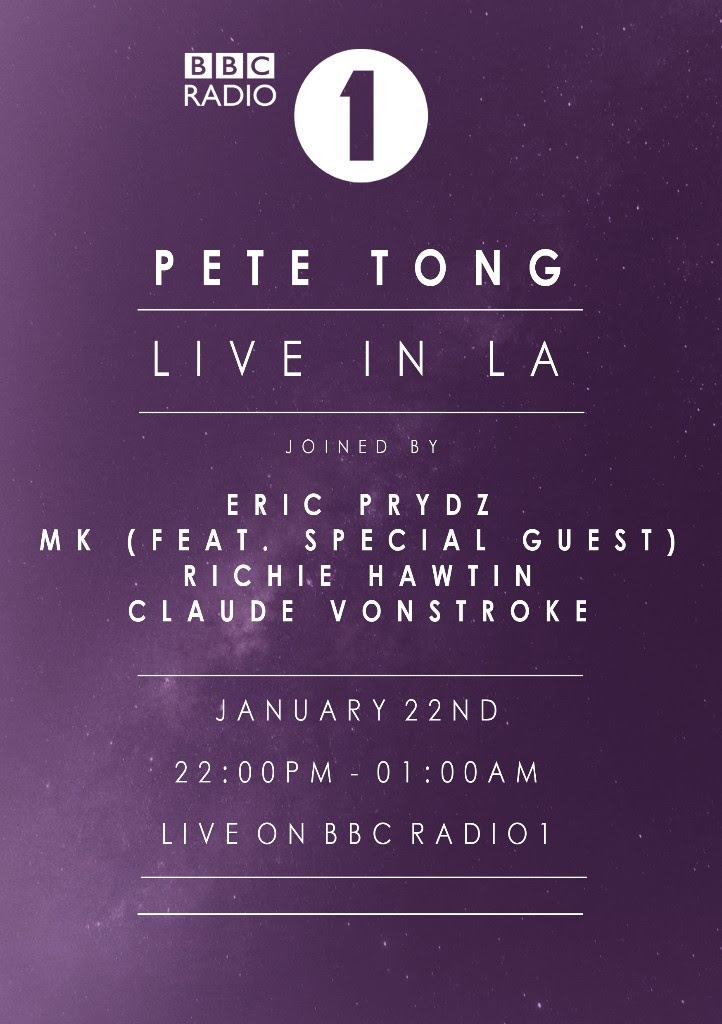 Part two of the recording will take place in Miami, Florida with Annie Mac and Danny Howard, but not until March 22 during Miami Music Week. More details about the lineup will come in the following weeks.

Los Angeles can also look forward to the massively anticipated recording of the infamous essential mix by Richie Hawtin himself, January 22nd at Exchange LA. Also included on the lineup is BBC’s own Pete Tong with support from Lee K.

You can purchase tickets for the Exchange LA show here: http://torch.ly/EssentialMix.