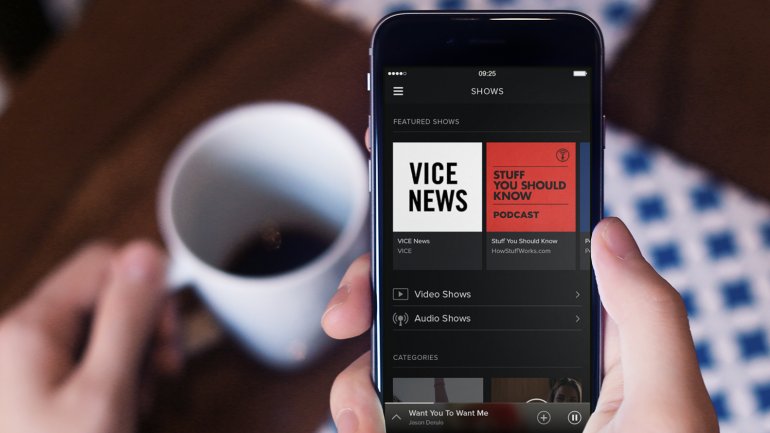 Streaming service Spotify has finally debuted its much anticipated video and podcast service, and the list of upcoming shows is a monster.

The additions will initially come free for registered users, beginning on Android and moving to iOS next week. As of now, Spotify has not indicated when desktop users will gain access to the podcasts or videos.

From Comedy Central and MTV to BBC shows like Top Gear, Dr. Who and the news, users will be able to keep up with a staggering amount of televised content. TED Talks, Adult Swim programs, many late night shows and even ESPN will be on the roster for all to enjoy. In the podcast realm, conversations from Slate, Radiolab, Nerdist and Freakonomics will be available alongside such platforms as Libsyn and PRX.

With the new update, users will first notice that “Your Music” has been changed to “Your Library.” By clicking on it, a menu will reveal a new tab for Shows which leads to a “Featured Shows” slider where users can view all of the new stations and content.

Read Billboard‘s curated list of Spotify’s newly acquired partnerships and shows below, and look forward to an entirely new world of viewing and listening material.