Into The .WAV: Swedish Hip Hop Producer iSHi Goes Electronic With The Help Of Avicii And Axwell Λ Ingrosso

Implementing dance music elements into an otherwise electronic-less genre – or crossing over entirely – has become a common and widespread trend in the music industry in recent years. As the popularity and availability of EDM has increased, easily becoming the fastest growing movement of our time, artists from all across the spectrum have begun to pay attention and dip their respective toes in the style. From the orientation of mainstream pop music to subgenres ranging from R&B to indie to metal, the music world as a whole is no longer able to ignore the impact and appeal of our explosive, constantly evolving sound.

One pairing that’s becoming especially intertwined is hip hop and trap. As a relatively new genre to join the “dance music” ranks, trap has undoubtedly siphoned much of its identity from older schools of urban and hip hop music. With its emphasis on the 2’s and 4’s, reliance on heavy sampling and its baseline swagger, trap – at its most extreme – can even be seen as a direct offshoot of the genre itself. Modern rap and hip hop, mainly their more pop-inclined sides, have also borrowed many elements from trap’s basic arrangement. From the in-your-face hi hat rolls and rumbling sub bass to the inclusion of subtle “builds” and “drops,” the experience of listening to the two genres is beginning to feel more and more similar.

One producer who founded his career in the hip hop realm, working alongside the likes of Tinie Tempah, Pusha T, Lupe Fiasco and Emeli Sande, that has recently tried his hand at dance music is Sweden-native iSHi. Coming off of a wild year of original releases with the scene’s most prominent contributors, iSHi has started his 2016 with two monumental remixes from some of EDM’s biggest stars. 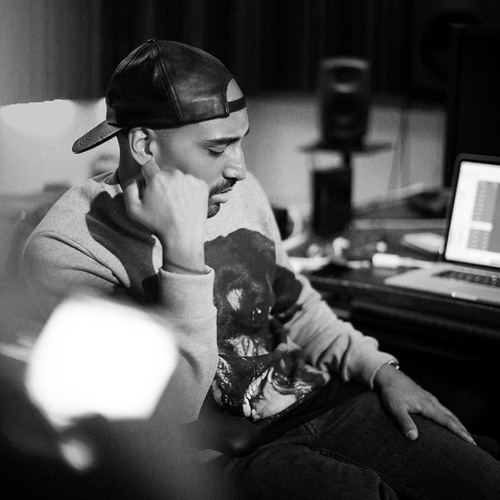 A week ago, he unveiled a dark and trap-frown-inspiring remix of none other than Axwell Λ Ingrosso‘s track “This Time.” Using the original’s abrasive vocals and a deadly lead melody, the flip introduces a new and necessary vibe to an already impactful track. Following on its heels, iSHi released a bass-saturated turn of Avicii‘s own “Pure Grinding” today with an exclusive stream on Spotify. To round it all out, he also premiered the much anticipated music video to his song “We Run,” which features French Montana, Wale and Raekwon.

In light of his continuing success and recent cannonball into the dance music realm, we took a moment to speak with iSHi about the need for versatility in modern production, his experience meeting and working with Avicii and AΛI, and his ideas for the future of the two genres and his own work.

Within his responses, you’ll be able to watch/listen to iSHi’s newly released music video for “We Run,” the Spotify stream of his Avicii remix, “Pure Grinding,” and his remix of Axwell Λ Ingrosso’s “This Time.”

What’s the transition been like for you, coming from a hip-hop background and breaching into the electronic scene? Is there anything about the production/workflow process of creating electronic music that you enjoy more than hip-hop?

It’s been a weird but fun journey. My big breaks came from producing for the likes of Tinie Tempah (Written In The Stars), Emeli Sande (Read All About It), Lupe Fiasco and Wretch 3. When it came to starting the iSHi project my main focus was on making hip-hop records that had the teeth and experimental edge of electronic music. I’ve never really aspired to make electronic music, but being from Stockholm it is hard to be inspired by that world. We’ve had a few success stories (laughs). I think there are less rules in electronic music to some extent. Hip-hop has evolved in an awesome way and there are a lot of producers really pushing the envelope, but I think this current generation of electronic artists sort of get a blank canvas every year for what they can do with the sound. That’s pretty special.

What similarities do you see between the trap and urban scenes? Are they both influencing each other, or is it a one-way street?

I think they share this raw sort of energy. Trap spent a long time maturing behind the scenes and I think it is great that there is finally a bigger spotlight for that sound in the world. For me, it’s a chance to really amplify the urban sound and give it some attitude that isn’t always available in the urban world.

How were you first put in contact with Avicii and Axwell Λ Ingrosso? Had you known much about them before you began those relationships?

I joined At Night Management (Avicii) back in 2014. My manager Ash and the whole team were really passionate about what I wanted to do with the iSHi project. Of course, this meant I got to really see where Tim was going with his sound. I’ve known Ax and Seb for a long time, they are old friends and have always been very supportive of me. When I saw that they were working with Pusha for ‘This Time’ I saw a way for me to give an awesome track a signature stamp.

What was it like working on your respective remixes? Did you work alongside them at all, or did they give you completely free reign?

It was completely free reign. As much as I respect the original projects, for me, remixes are a great opportunity to take something inspiring and customize it to for your own musical agenda. Both of them go heavy on the beats and kind of follow my darker production styles. I was super grateful for the opportunity. The Avicii remix temporarily hit Spotify as part of Tim’s New Year’s Eve playlist and suddenly my Facebook and Twitter were going mad with people asking for it. That’s always a good sign, but I am thrilled it gets to see the light of day now.

After remixing Avicii and Axwell Λ Ingrosso, not to mention Kygo, do you see yourself continuing to pursue avenues in the more electronic space in the future?

Right now I am more focused on my solo work and the musical identity there. Remixes are like a vent for me, it’s the best therapy a producer can ask for sometimes (laughs). My new single ‘We Run’ takes a way more traditional North American hip-hop sound, but I am also working on some stuff that embraces more classical pop and urban influences. I always say that I’m a nightmare for anyone who likes artists to stick to genre boundaries.

Do you think, in this era, it’s important for producers to be versatile in the different genres they’re able to approach?

I don’t think there are many artists out there that can afford to NOT be versatile. As music fans we are all spoiled for choice. There is so much music out there and sadly markets get flooded because of the online nature of the business. For a lot of dance acts it was the move towards more accessible and radio friendly records that allowed them to grow, so I believe you always have to keep an eye on places you can take your sound that don’t necessarily detract from what you stand for, but keep it interesting both from a creative standpoint and for the fans.

Who are some other ‘dance music’ producers that you’d like to collaborate with next? Any EDM act in particular that you can’t stop listening to?

That’s a tough one. I’ve collaborated with some amazing pop and urban producers so far, but I think for me remixes will remain where I get involved in the electronic world. I want the iSHi project to stand for an organic blurring of the best sounds. If I ever meet someone who can get in on that agenda, it’s a whole different story!