EmazingLights Launches “Gloving Is Not A Crime” Campaign

by Kelly Boyle
in Aspire To Inspire, Editorial, EDM News

As the rave scene steps further into the limelight of American culture, we have unfortunately seen less of one of its most beloved pastimes — gloving. For those that may be unaware of the art form, gloving is a nod to old style light shows in the form of gloves with LED lights inside them. Not sure what we mean by that? Take a look below.

Gloving, among other forms of light shows such as orbitals and flow poi’s became incredibly popular among rave and festival goers all over the United States in the early 2000’s. Over the last few years, however, the understanding of gloving shifted from a genre of art to a hazardous drug-related activity by many government officials.

More often than not, light shows are given while sitting down. When there is a large number of light shows happening at an event with an even larger number of attendees sitting down to enjoy them, fire marshals see it as a fire hazard. It also did not help that many government officials saw the act of gloving to be hand-in-hand with drug issues often associated with rave culture. This rapid shift resulted in the ban of gloving at many major music festivals including those run by Insomniac Events.

For those who have tried to keep the culture of gloving alive and well, there have been numerous instances riddled with heavy-handed consequences.

“I was at an event by the beach and I sat there gloving to anyone who would join me in the sand. After a while, staff came up to me, lifted me off my feet and tossed me into the ocean; not only getting me wet but my phone and gloves. Once I got back on the sand he proceeded to escort me out of the event and tell me, ‘Don’t bring drugs into my event!’” – Sebastian Amaral

“I was ziptied and escorted out with my eLites taken from me.” – Will Nelson

“I decided to start. I had only turned on my lights, when all of a sudden a security officer put his flashlight on me. I proceeded to get up and was tackled linebacker style, held to the ground and told to give up my gloves or get thrown out. I asked to put them away but I was cussed at and told to give them up as they proceeded to push me out. I tried to explain the cost of gloves and still had to give up my gloves. I was treated like a criminal for nothing.” – Kaleb Lane 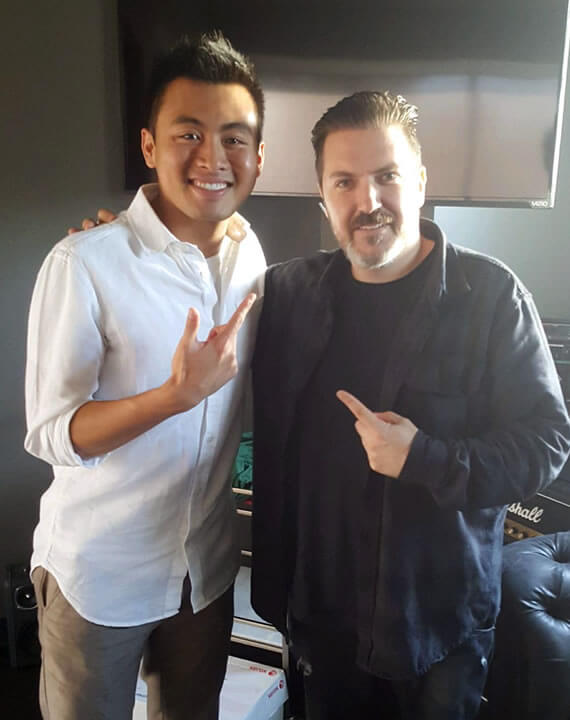 As it turns out, Pasquale Rotella, CEO of Insomniac Events and the first to ban gloving, is a big supporter of the art. Brian Lim the CEO of EmazingLights, reached out to him shortly after countless stories of glover mistreatment surfaced in 2015. Pasquale responded with total support.

“He truly appreciates the art we create, and wishes that lifting the ban was as simple as changing the policy. He is the rave scene’s biggest champion for freedom of expression and allowing you to become the ‘headliner’ at his events.” -Brian Lim/EmazingLights

Although lifting a ban on gloving is not as easy as Brian, Pasquale, or the rest of the gloving community may have hoped, there are still a few ways to get involved and make it happen.

One of the biggest ways to help city officials as well as others who have yet to truly understand gloving as the positive activity that it is, is through education. Glove4Glove, a charity through EmazingLights shows the medical benefits of gloving by donating glove sets to those in need. Those in need may have physical impairments, injuries, and other issues related to health such as depression. One particular story has touched the hearts of many while also explaining how many medical benefits the art form has been able to provide.

“Gloving gives people that are impaired in one way or another the opportunity to take part in a form of dance. Just because they might have a disability doesn’t mean they can’t be a part of everything and enjoy themselves.” -Moses Albo

You can get involved with the Glove4Glove initiative and read more testimonials from those who have received aid from the charity here.

In addition to the medical benefits of gloving, there are also competitions such as the International Gloving Championships (IGC) that showcase the advancements in glove technology and catapulted gloving from a recreational activity to a seriously-considered art form on national television, at music festivals, in magazines and more. The more the public sees gloving separated from its current drug-ridden stigma, the sooner it will cease to be associated with such.

When it comes to music festivals, the team at EmazingLights is working with companies like SFX to possibly create designated areas for gloving referred to as Glove Gardens at festivals like TomorrowWorld. Having an isolated area for light shows of all kinds would substantially reduce the chances of fire hazards.

“Gloving has grown far beyond its roots. For it to continue to be outlawed at major music events is to show ignorance to the beauty it has created.” -Brian Lim

Essentially, getting word beyond the confines of the electronic dance community and into the rest of the world is a major key to #GlovingIsNotACrime’s success. By signing the petition, here, you can do your part to lift the ban and help welcome the art of gloving back into the rave community.