by Matthew Meadow
in Editorials, Featured, Worth Sharing

In the past 48 hours, reactions to the service have been overwhelmingly mixed, but it seems the majority is negative. The lack of focus on creators is a main factor in the backlash, as most creators won’t see a significant increase in monetization opportunities – that is a separate platform from Soundcloud Go called On Soundcloud.

Dave Wiskus, of indie rock band Airplane Mode, recently penned an open letter to Soundcloud detailing his own frustration with the service. He writes of the struggle that indie artists will still face in an effort to recoup financial benefits from Soundcloud, after already paying $15 a month for a Pro account; he expresses frustration that Soundcloud then wants to charge an additional $5 a month for a Go account, but still only for the first six months.

Wiskus writes, “You’ve been running ads for a while now without paying us. I guess I wrote it off as a temporary measure to keep the lights on. I could accept that. But now you’re charging people for access to our songs, rolling out the red carpet for the major labels, and saying you’ll get around to us eventually. […] So not only are you getting our music for free and paying us nothing, we’re actually paying you to take it. What an excellent deal. For you.”

Other industrious coders are fighting against new geoblocks on Soundcloud with their own Google Chrome extensions.

Reddit users across the world are complaining about geolocks, especially for this particular Shura EP. Screenshots confirm it is currently blocked in almost a dozen countries including the United States, United Kingdom, France, Canada, Netherlands, even Kenya, Sweden, Switzerland and Belgium.

Preview locks on a large amount of tracks, a new development that only previews 30 seconds of the track before you’re prompted to purchase a Soundcloud Go subscription, are also a contributing factor in driving away users to other services like Spotify and Apple Music. I’ve personally seen too many friends on social media decry this move from Soundcloud the most. 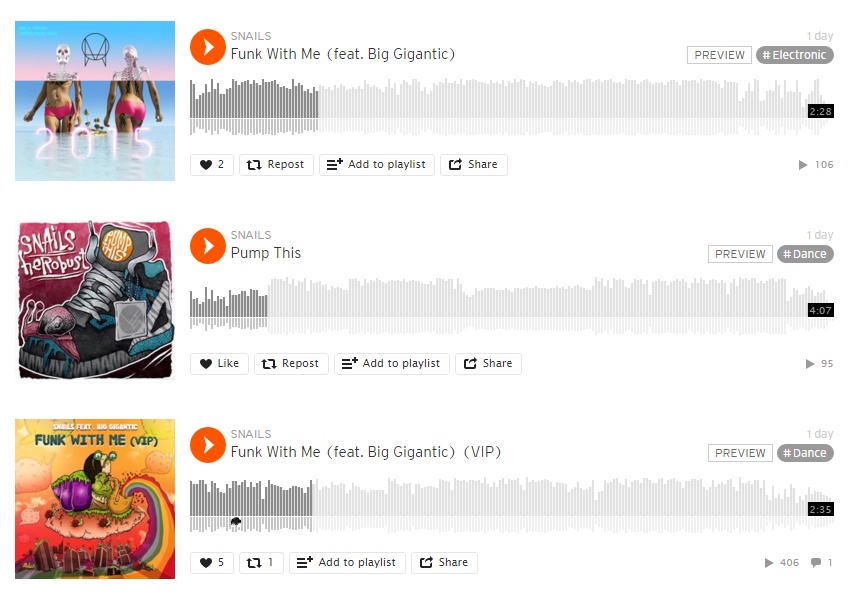 Other users have been quick to point out that Soundcloud has been providing a service nearly on par with Spotify and Apple Music for years with no cost to listeners. While this is a valid point, Soundcloud has completely betrayed the trust of listeners with the aforementioned geolocks and preview limitations. Even some creators are taking note, and they’re not happy.

Theres been reports that some of my music isn't available for stream in the USA on my Soundcloud, we're looking into that. also wtf ?!

Yo @SoundCloud why are all these songs on the Gemini EP now blocked?? https://t.co/buhfJr5nZN

Though the move toward a subscription-based platform seems like a solid move financially, the future of the company is still wildly up in the air. It was only a couple of months ago that Soundcloud received $35 million in debt financing, and it’s unlikely that Soundcloud can recoup that amount of money if users continue to abandon the platform.

Ultimately, the future of Soundcloud lies in the balance between transitioning users who view value in purchasing a subscription, and users who are likely to abandon the platform in favor of other streaming services. That delicate balance is affected by features offered to subscribers, and features taken away from non-subscribers.

At the moment, subscribers will gain the following:

At the moment, non-subscribers will face the following:

It’s up to users themselves which path they choose to follow, and the numbers on retained users likely won’t be out for a little while. In the meantime, we can only continue to contemplate other platforms like YouTube Music, Spotify Premium, Apple Music, Pandora Premium, or otherwise. Only time will tell which platform eventually reigns supreme, but it doesn’t look like Soundcloud is off to a good start.