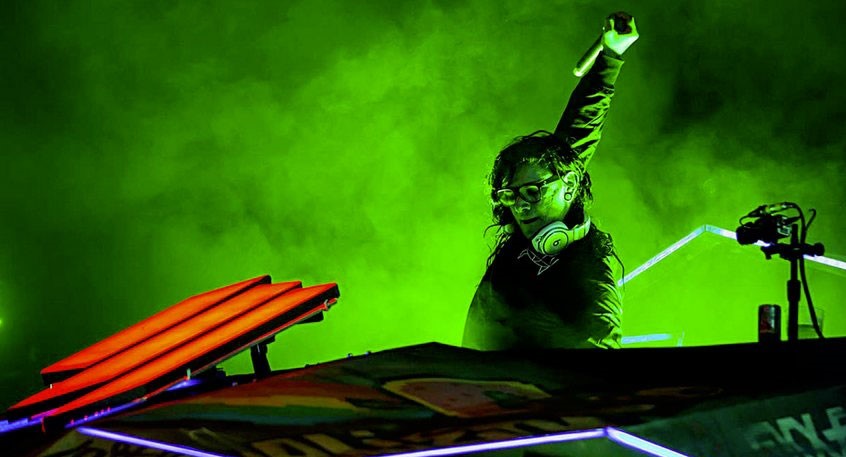 This weekend, somewhere deep in the Arizona desert, lucky attendees of hybrid festival FORM Arcosanti are experiencing one of the most unique and spiritual music events of the year. Held in the remote micro city of abstract structures and buildings, and hosted by OWSLA’s own Hundred Waters, FORM Arcosanti has acquired an equally as special roster of performing acts. From those like Bonobo, Dan Deacon and Thundercat to the more dance music-inclined DJs, the lineup is one that attempts to wholly capture a fair sampling of the most eclectic sounds in the industry.

Last evening, as part of the ongoing festivities, Skrillex and Four Tet even decided to go B2B during their headlining time slot. In a duo of short videos uploaded to one attendee’s Instagram page, they can be seen standing within what looks like a giant, open-sided box that pulsates with color and light. Intensive, percussion-heavy rhythms can be heard being played out while the two share the mixer.

The last time these two shared the stage was in 2015, when they played a collaborative, three-hour set for a welcoming and lively London crowd. Now, they’ve finally made a return appearance on the other side of the world.

Watch the clips from this weekend’s B2B below, and scroll further down to revisit their set from 2015.