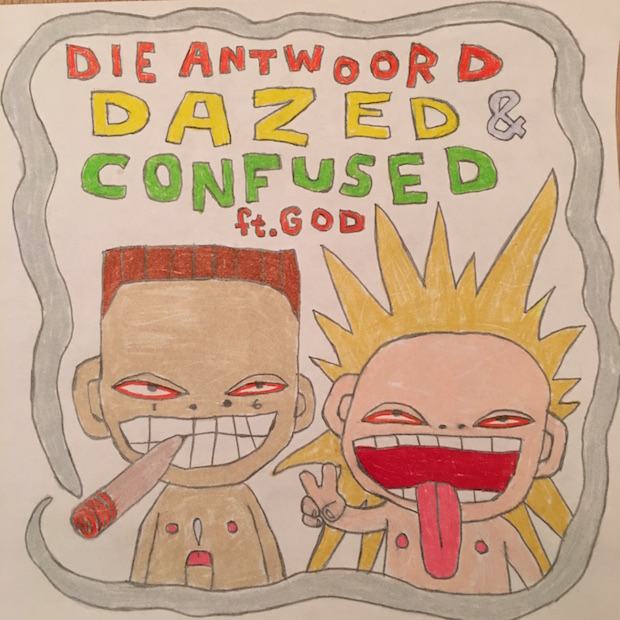 Die Antwoord Release An Unsettling Single Ahead Of New Mixtape

Die Antwoord, the world’s favorite South African spectacle, is finally releasing their first sliver of material in almost two years, and it’s just as strange as you’d expect. Titled, “Dazed & Confused,” this is the first track of a mixtape scheduled for release on May 19th.

Centering on a synthesized reggae backdrop, subdued percussion and mellow ambiance support the duo’s ever creepy lyrics. While we’re used to Yolandi’s scampering vocals, this is a new side of Ninja that we’ve not quite been exposed to before. Just as the cover art would have you believe, it sounds like the two sparked up a fatty before laying down the bars on “Dazed & Confused.”

Oh, and it’s produced by GOD.

If you find blasphemy offensive, they’re not about to apologize, so just have a listen and make of it what you will.