by Michael Dix
in EDM News, Worth Sharing

If you’re an avid fan of deadmau5, you may have seen his new decked out studio which was completed only a couple months ago. However, all that space and production tech apparently wasn’t enough, as he tweeted the blueprints and 3D simulation of an even bigger, second studio layout. 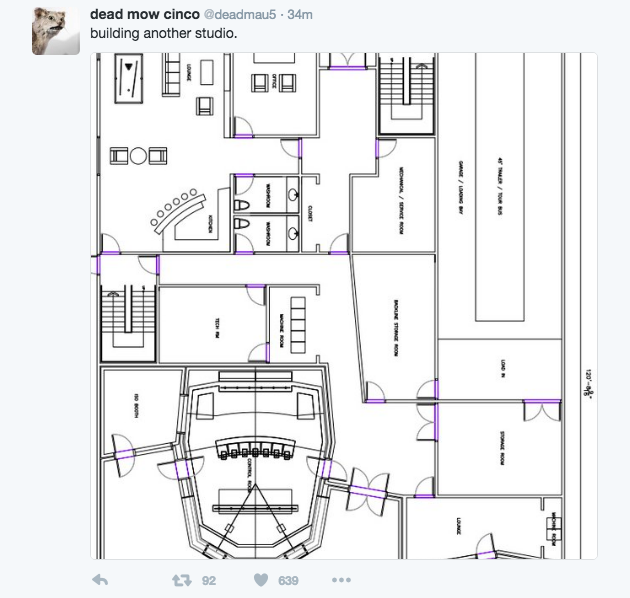 [email protected] way ahead of ya 😉 pic.twitter.com/4CaQW9uAfG

For those who have seen the in-depth studio reveal of deadmau5’s current digs, you’re certainly aware of how extensive a home studio can become, and how much potential it adds to production and sound design. So why build a new one so soon, you may ask?

Deadmau5 Shares First New Demo In Over A Month, “Sellout”

Deadmau5 Shares First New Demo In Over A Month, "Sellout"