Youtube Sinks Below Audio Streaming Services For The First Time

During the first half of 2016, audio platform streaming made up 55% of the total 209.4bn online streams. This was the very first time that video streams were beat out by traditional audio platforms, shifting from its 2015 holding of only 42% of the streaming market. 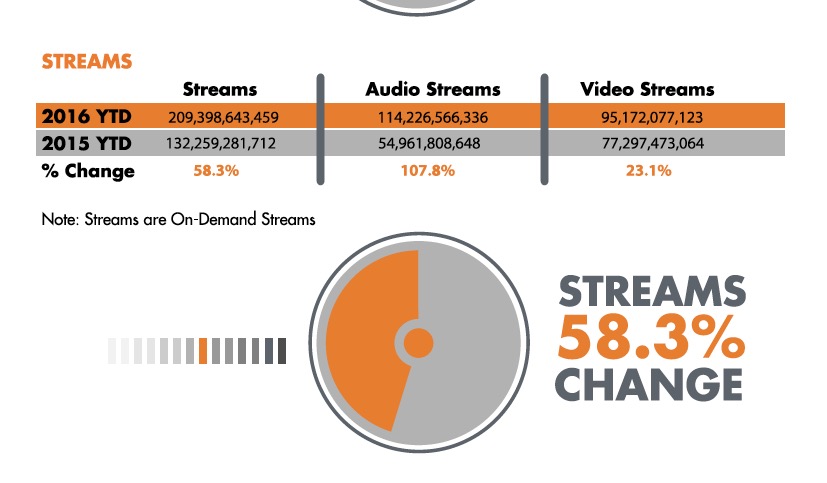 Labels who argue that revenue earned from video streams is inferior to that from audio platforms will like celebrate this shift in streaming preference. This change is also impacted by the large increase in overall music streaming in the U.S. over the last six months.

General market consumption grew a staggering 58% since January, meaning sites like Spotify and Apple Music are expanding the total U.S. streaming market while simultaneously stealing market share away from Youtube. 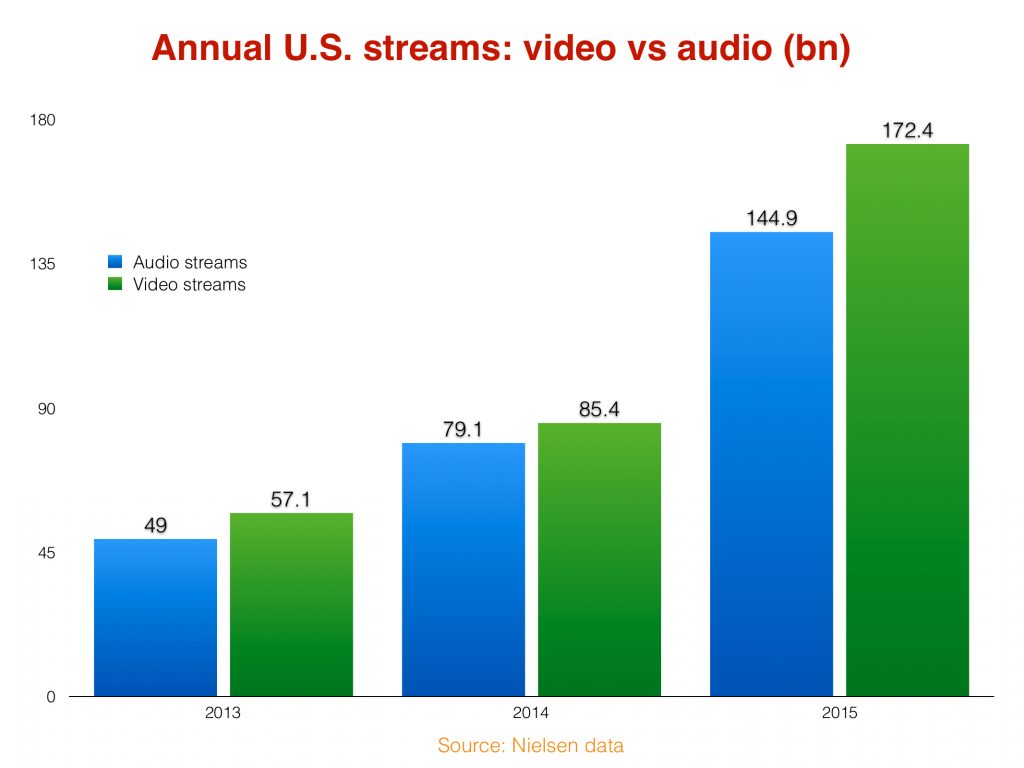