Tomorrowland May Expand To Two Weekends

Although Tomorrowland 2016 is right around the corner, organizers are already looking at 2017, hoping to bring in some big changes. According to Dutch publication ATV, the festival is working with Belgian authorities to expand the already enormous festival to two weekends for 2017.

While the ATV report is entirely in Dutch, the title shows “Tomorrowland…2 weekends” and a rough Google translation of their site reveals this: 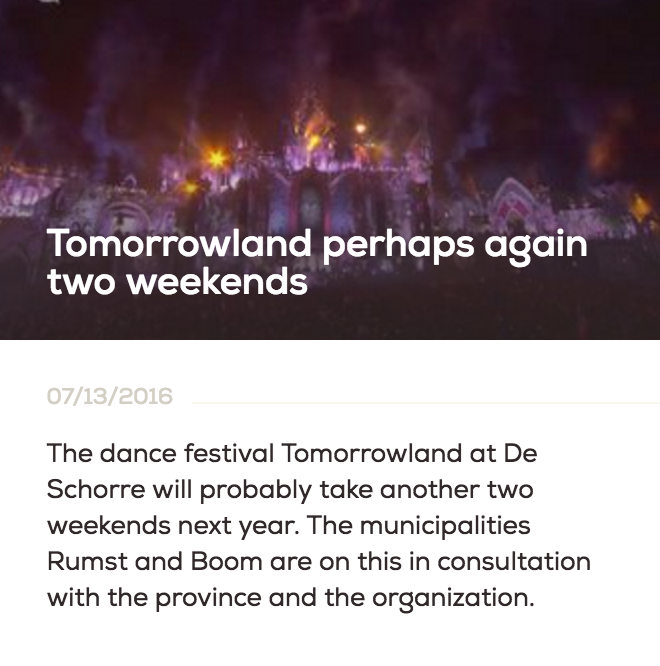 And with partner-festival TomorrowWorld getting cut from the 2016 lineup, it would make sense to expand the more successful, original festival to greater heights. And another ATV report suggests that many locals are open to the idea of a second weekend, which would make the entire process that much easier for Tomorrowland organizers. Check out the ATV report and make of it what you will, and stay tuned for more updates as they come!