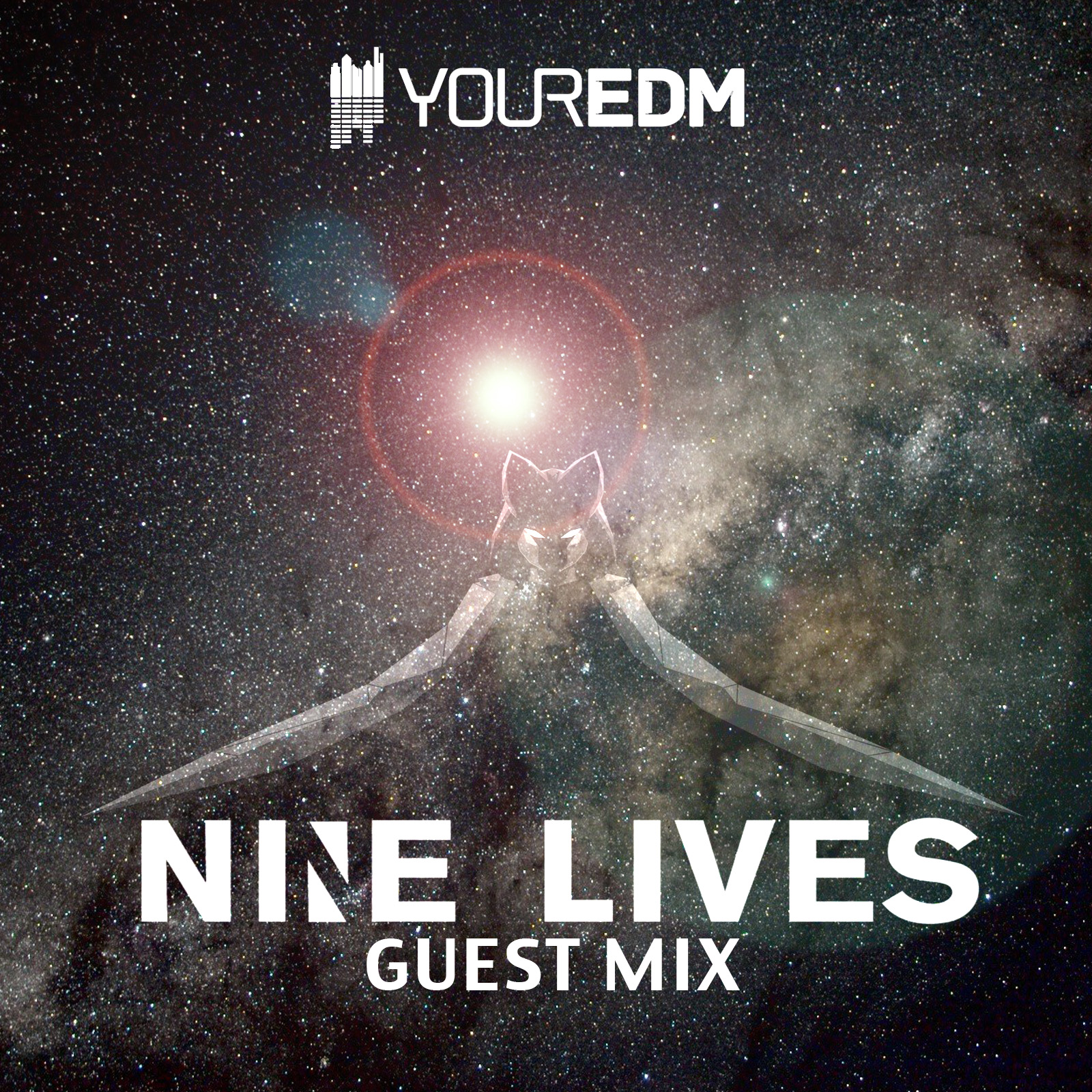 NINE LIVES first popped up on our radar in January this year, sporting a fresh and unique remix of Louis The Child’s “It’s Strange.” The remix could hardly really be considered dance music, allowing the melody and synths to carry most of the rhythm and sound, rarely relying on drums to convey tempo.

Jump ahead seven months and five more remixes later, and NINE LIVES is ready to finally reveal who’s behind the project, and you probably wouldn’t believe it: BARE and Henrix. These two producers, who really couldn’t be at farther opposite ends of the dance music spectrum, combined their efforts to create this laidback and melodic sound, and we’re still kind of dealing with the initial shock of finding out.

Thankfully, we were able to snag an exclusive mix and interview with the artists for this epic reveal to glean some extra info about the project. Check out both below.

So first off, how did you two first meet?

BARE: Through Mgmt. We linked up to do some collab work together.

Henrix: We met through management. We got linked through email and got each others Skype and decided to work on a track together. Funny thing is that track was nothing close to what Nine Lives is putting out. It was a high energy trap joint.

When did the idea of NINE LIVES first develop?

B- Well, after about the 2nd or 3rd collab we did, Nima (Henrix’ manager) pushed towards us just doing a new group together and we were really into the idea at the time. We went through so many names until we found Nine Lives as the final name. It was a really fun process.

H- I think the turning point into creating Nine Lives was when me and Bare would spend hours talking about classic rock from the 70s and 80s. We’re both huge Pink Floyd fans, they’re actually my favorite band ever. So we ended up talking about incorporating a vibe like that into our own style and mixing it with a bit of hip hop/Trap that we love as well.

As with any anonymous project, the theme or message behind it has to be pretty clear. What was the theme behind Nine Lives?

B- Just exploring. Being different. Writing music we have always wanted to write but felt was not possible to chase after with our solo names. It is a nice outlet to hop to when I’m blocked with Bare stuff. I always come back with great ideas after working on a Nine Lives song.

H- I think our music a bit dark and very emotional, so that’s kind of the theme for us honestly. That sinister type feel is what I like to call it.

What’s the division of labor like between you two on the project?

B- I get the initial idea going, structure, melody, all that while showing clips to Henrix while we discuss how things sound and what direction it should ultimately go. After we get all that, I send it over to him and he does the final touches on it.

H- Since we live on different ends of the country, (I’m in Miami) Bare normally starts the project on his end and sends me ideas to see what I think, once we both agree to something he goes in on it and then tosses it over to me so I can finish it off.

What does the reveal now, at this time, mean for the future of Nine Lives?

B- Well, for me, I don’t have to really hide myself musically anymore. I can go about showing influences of Bare music within Nine Lives music now without the worry of being figured out.

H- I think the fun comes with ignorance and just riding the wave. We have so much music to release. We stacked up a lot for the project this year it’s insane. Thing is when you work someone who just understands your vision musically then shit just flows man. Me and Bare just click musically.

Will you continue to tour on your solo projects? Could there be a Nine Lives tour in the future?

B- Yes most def. Bare is my main baby right now. Nine is my side project. Ideally, I would love to be able to bounce between tours of both Bare and Nine. I am what you would call a workaholic in and out of the studio.

H- Most definitely. We said it from the beginning that we weren’t going to just let our solo projects go, Nine Lives is something different that we’ve always wanted to do and we just happen to click on it, but we still love the music we make as solo artists as well. There will definitely be a tour but timing is everything so when the time is right it’ll happen.

So far, you’ve stuck to remixes. Are you looking to release an original soon?

B- Yep got a few coming very soon. Be ready 🙂

H- Ah yea, we have a ton of originals pretty much finished but looking for the right vocals for it. We’re very picky on vocals not only for our originals but the vocals we remix as well. If we don’t feel it, it isn’t happening.

Bare and Henrix recently released a collab under their solo artist names, which you can check out below.

As for Nine Lives, they’re releasing a remix this Friday for Keiynan Lonsdale, “Higher” (The FLASH actor on TV), then Jayceeoh’s “Elevate ft. Nevve”, and LDRU’s “Next to You.” So they’re busy. Some originals are already finished, including one featuring vocals by Erene. The act is also working with AM Only for booking and is going to begin touring following the release of the original music, so look forward to it!