Music festival Electric Adventure has been forced to cancel its fifth anniversary installment, set for September 24-25 in Atlantic City, New Jersey, after the city’s mayor Donald A. Guardian attempted to move its location only weeks before the event.

The mayor wrote in a letter to organizers John Dimatteo and Lee Heiman that he would only support the festival if it was moved from its originally scheduled location on Arkansas Avenue back to Albany Avenue, where it was held the previous year. According to the letter, “there was considerable resistance to having this event at the Arkansas Avenue by the surrounding businesses.” The mayor said that the opposition from local businesses was enough to hinder an event that might have otherwise brought a significant amount of business and revenue. 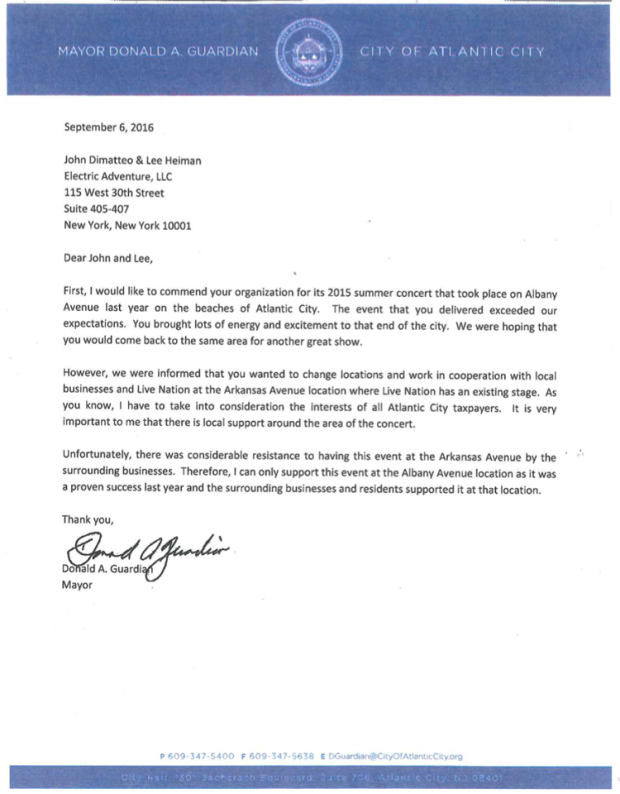 In a post written to the festival’s official Facebook page, the event was effectively cancelled by its organizers. They said that while they share in the disappointment, they are already planning on a replacement festival for a later date. An automatic, full refund will be given to all ticket holders along with any service fees, they said.

Meanwhile, those who had already booked hotels and travel plans for the event find themselves scrambling to get their money back.