Wally Wojack is an 88-years-young legend. He’s a decorated World War II veteran, sheriff’s deputy, pilot, and an owning partner of Double JJ Resort. Wally lives cozily on the ranch in his home dubbed “Wally’s World,” and he’s been involved with the property for 66 years, since his first days as a guest back in 1950.

The Double JJ Ranch has recently seen a meteoric rise in popularity, first with Rothbury Festival, then as the re-envisioned Electric Forest festival. But the magic of the Double JJ stretches back to its establishment in 1934, and the ranch’s iconic Sherwood Forest has Wally to thank for its existence. 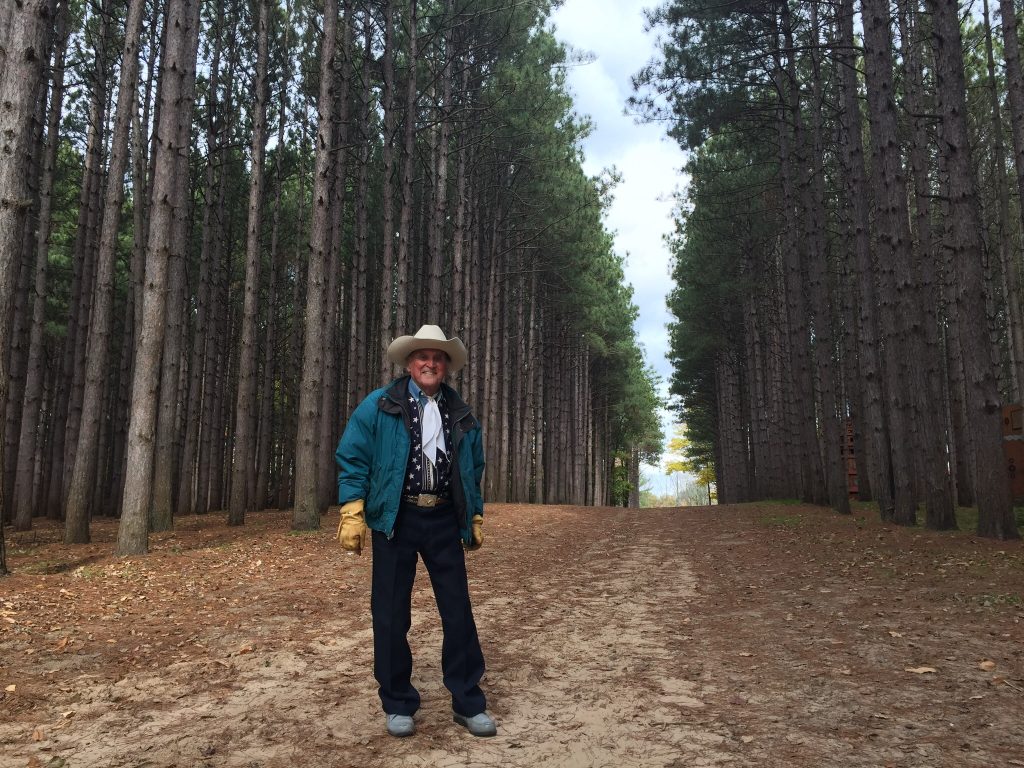 It seems that our modern antics aren’t too far off from what Wally and his friends experienced so many years ago. Proof that even after generations, youthful spirit returns to a common center.

“It was just after the war, and we wanted to have fun. Those kids [at Electric Forest] acted like the kids did in the 1950s. We dressed funny; we drank a lot of beer; and we had fun. History repeats itself.”

Regarding next year’s back-to-back Electric Forest, Wally says it will be a pivotal year for the festival, the impact on the ranch remains to be seen. It’s Wally’s 89th birthday on November 2nd, so be sure to send him your best warm and fuzzy wishes for being such a rad human.