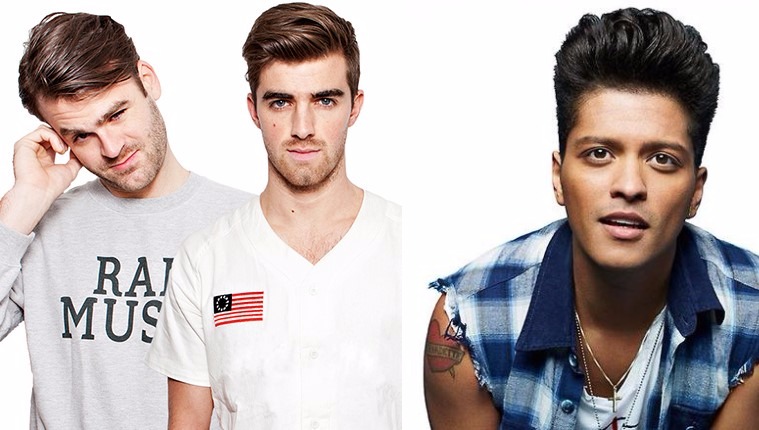 Amid Beef With The Chainsmokers, Mark Ronson & Bruno Mars Sued For Uptown Funk

Mark Ronson, producer of Lady Gaga’s “Perfect Illusion” which The Chainsmokers happen to hate, is also one of the brains behind Bruno Mars’ insatiably catchy “Uptown Funk.”

Earlier today, Mr. Ronson took a moment to attack The Chainsmokers on Twitter, likely in response to their unpopular opinion of Lady Gaga’s track, but there are a couple other reasons for Ronson to be rather salty. Mainly, The Chainsmokers’ “Closer” is only three weeks away from surpassing “Uptown Funk’s” 14-week dominion over the Billboard Hot 100.

Back to being the charisma-bypassed champions of 2 bar Ableton loops? Well, smash it while it lasts, fellas!! P.S. https://t.co/GAH1x0AGOI https://t.co/kQWsjfKTn0

But that’s not all. Mark Ronson has also come under fire for alleged copyright infringement. Collage, an electro-funk band from Minneapolis, is claiming that “Uptown Funk” is uncannily similar to their 1983 single, “Young Girls.” Sony Music Entertainment, Warner/Chappell Music, Atlantic Records, RCA Records, and several others are listed in the lawsuit in which Collage is seeking damages and profits. Here’s the official complaint:

“Upon information and belief, many of the main instrumental attributes and themes of “Uptown Funk” are deliberately and clearly copied from “Young Girls,” including, but not limited to, the distinct funky specifically noted and timed consistent guitar riffs present throughout the compositions, virtually if not identical bass notes and sequence, rhythm, structure, crescendo of horns and synthesizers rendering the compositions almost indistinguishable if played over each other and strikingly similar if played in consecutively.”