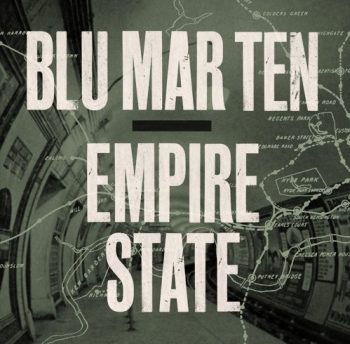 What’s better than waking up on a cloudy morning, to hazily stutter step a few feet to your window into the winter sky to just… stare? Well, the answer to that is quite certainly not waking up to a poverty-ridden capitalistic society whose recent past has made you question the shuttering existence of yourself along with everyone else involved in the downward spiral known as 2016?

…. Uhhhhhh, let me back up a second before we get into that.

Blu Mar Ten is quite recognizably one of the only groups to remain not only consistently relevant, but continuously innovative on the drum and bass front. Paralleled with years of experience, is years of witnessing the constant changes the world faces with each coming age. In awareness of these international paradigm shifts, they’ve decided to channel the collective energies of their album to the theme of “London as a place, a symbol and a metaphor. ” – Chris BMT

The press release for this album is quite asymmetric with its message.

Under the brown fog of a winter dawn,
A crowd flowed over London Bridge, so many,
I had not thought death had undone so many.

The world is in trouble, and in recent times we’ve seen calls for help from artists all around the world with their production. Expressions of passion.

Let Dimension be the message exemplified. This movement can not, and will not stop until something is changed.

The label and team responsible for bringing creators to life such as Kimyan Law and Stray have been replenished with the beautiful sounds of Empire State.

You can pre-order the entire album here.