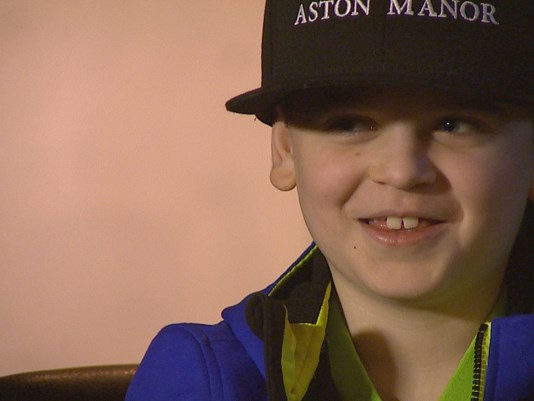 Noah Johnson, an eight-year-old from Bonney Lake with high-functioning autism, received the chance to live out his dream this week at a Seattle nightclub where his mom works. According to interviews held with King 5, Johnson’s mom took pictures that he drew of his favorite DJs to the managers of the Aston Manor nightclub. The team then arranged a special surprise for Johnson, allowing him to come up to the decks and play a song for the night’s crowd.

Winson Sharps, resident DJ and music director at Aston Manor, said that he’d never seen someone so young with such a strong passion for DJing.

“I get people my age who want to learn how to DJ and whatnot, but never an 8-year-old child with that passion already, so it was really cool.”

Johnson and his family were accompanied by a police officer as they entered the venue, in order to ensure that his underage visit was legal. Then Johnson, otherwise known by his DJ name DJ Illuminati Pieces, played a song and took home his own set of equipment and headphones to practice with.

“Everyone was cheering for me, and they were happy.”

According to Johnson’s drawings, some of his favorite DJs are Flosstradamus, The Chainsmokers, Steve Aoki, Yellow Claw, Hardwell and even rapper DMX.

“You know I think I’m going to learn to DJ some day and it’ll be great.”

Click here to watch DJ Illuminati Pieces in action, as well as interviews with his father and Aston Manor DJs!