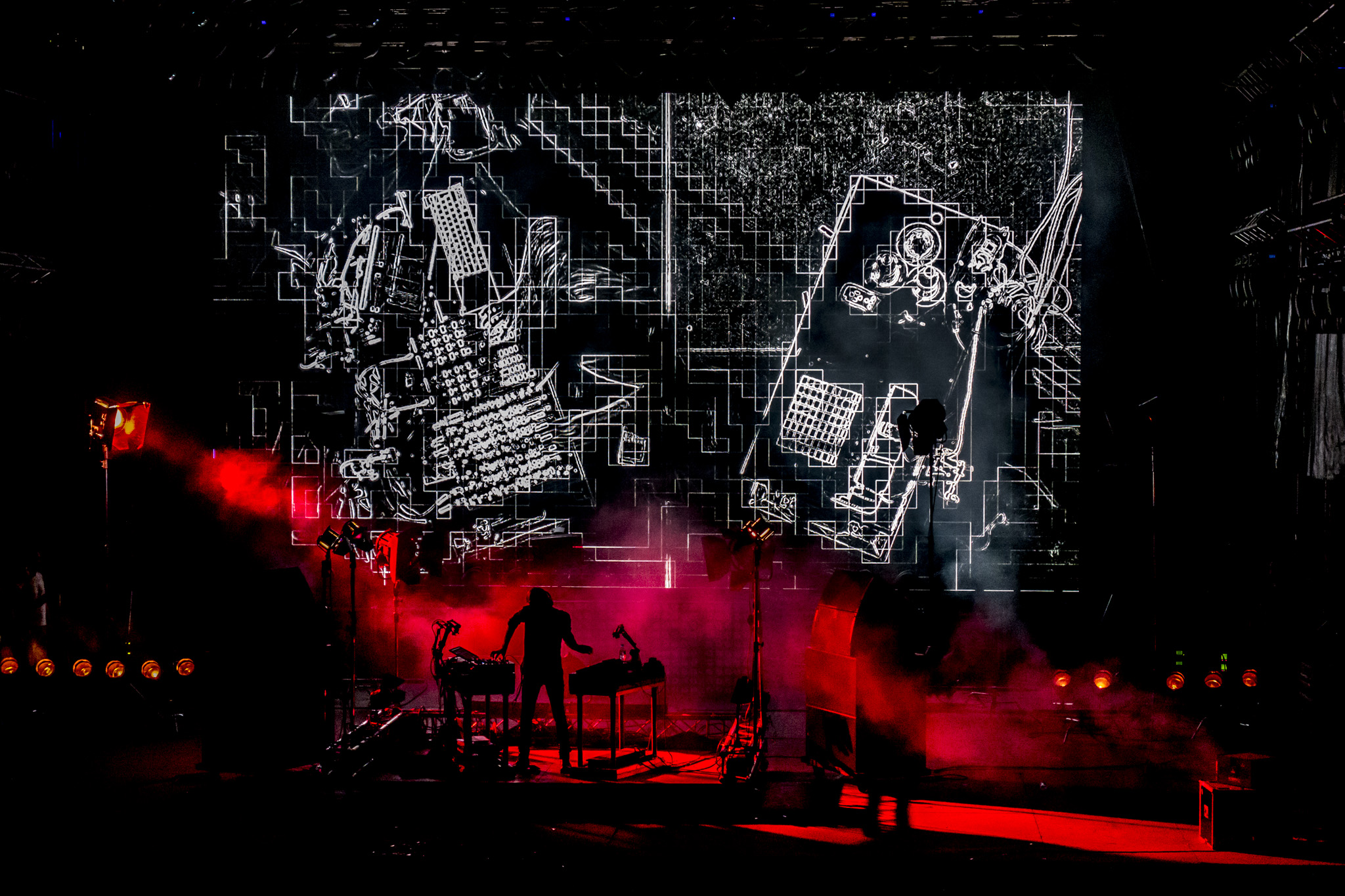 Richie Hawtin is one of the most revered names in electronic music, and for good reason too. He innovated techno, produced a slew of memorable tracks as Richie Hawtin and Plastikman, curated the remarkable ENTER party series and revolutionized DJing with his work on the PLAYdifferently MODEL 1 mixer. This year, the Movement Electronic Music Festival revealed shortly after announcing its phase 1 lineup that Hawtin’s headlining gig would be a CLOSE show. Many questions were posed as to what this show entailed, but now the full details of CLOSE have been revealed along with news that Hawtin will debut it at this year’s Coachella music festival.

CLOSE – Spontaneity & Synchronicity is the official title of Hawtin’s live show, which is a 75-minute, audio-visual performance capturing Hawtin’s manipulation of electronic instruments, broadcasting them real-time on a screen and distorting the captured video with abstract art. While Hawtin was already previously announced to be performing at Coachella, the CLOSE news reveals he will bringing the show to the Mojave tent on the Friday nights of both weekends. CLOSE will also make its way to Primavera Sound‘s Portugal festival, Creamfields, the Sydney Opera House and more. The show promises to blur the line between production and performance, and we cannot wait to witness its full debut.