The countdown is on for Ultra Miami‘s 2017 installment, with only two days until the internationally renowned festival sees three full days of electronic music performed in its most powerful form. Across all of the events’ iconic stages, DJs and live acts alike from the highest echelons of stardom will congregate to reign in the beginning of another festival season. Headlining the festivities this time will be Axwell /\ Ingrosso, Major Lazer, David Guetta, Martin Garrix, Carl Cox, Armin van Buuren and many more.

As we enter the newest iteration of Ultra’s longstanding Miami takeovers, we feel it’s the perfect time to reflect on where we came from. For 18 years, the festival series has curated all-star lineups of the very best names in dance music, creating a subculture in and of itself between likeminded fans and creators. On its official website, a page is dedicated entirely to remembering the lineups of seasons past, beginning all the way in 1999.

The festival’s first year included headlining spots by Rabbit in the Moon, Hybrid, LTJ Bukem and Union Jack. Judging from the poster itself, a great deal of text, descriptions and slogans seemed to be the norm back in the tail end of the ’90s. Comparing it to this years’, it’s clear that the festival’s art style has changed drastically. 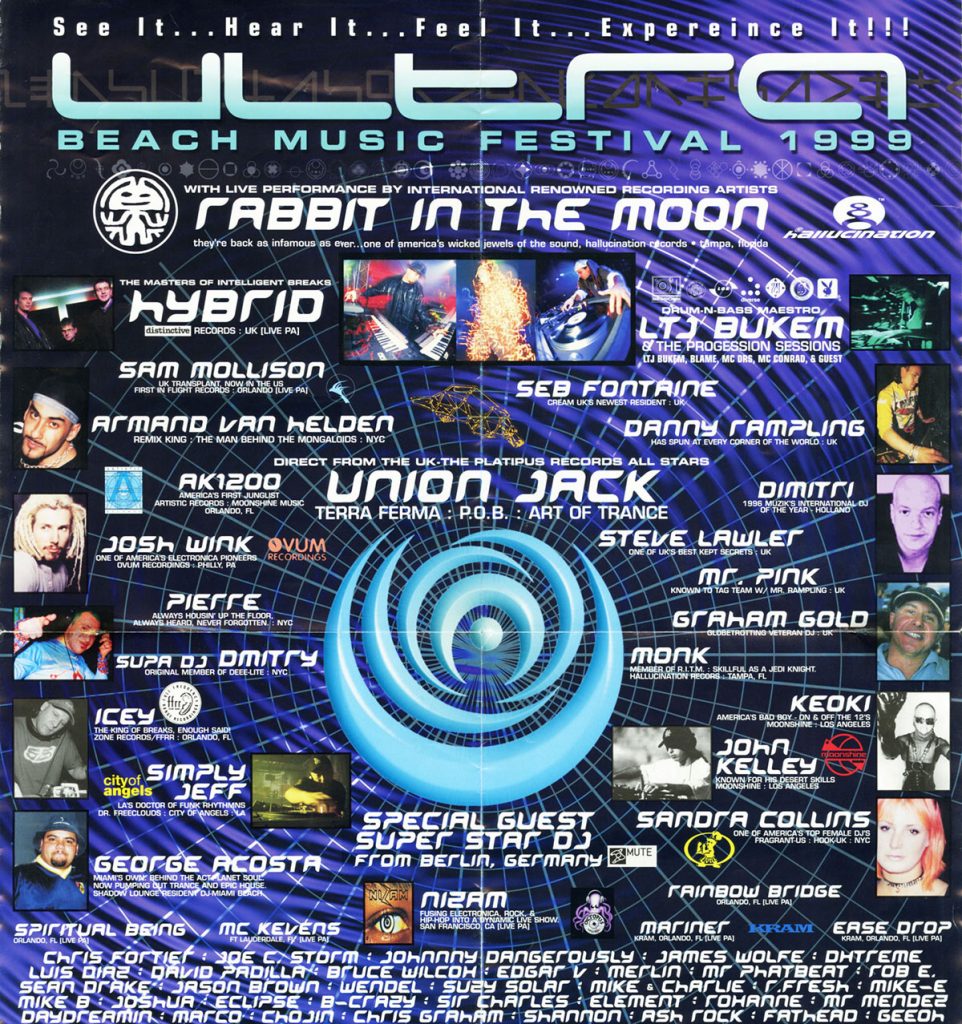 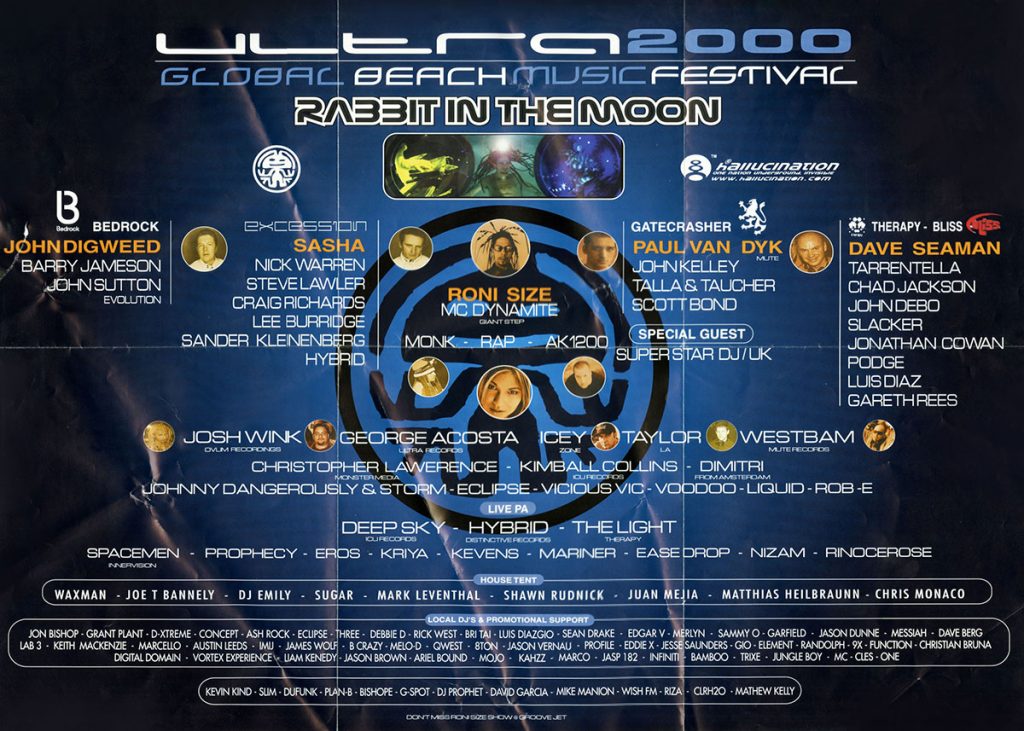 Jumping ahead a few years, we find ourselves in 2002. Headlined by the likes of Tiesto, Crystal Method and Paul Oakenfold, the event took place on a single Saturday. Despite containing “over 200 off the best electronic artist in the world” (yes, the spelling is correct), they appear to have fit neatly across the nine stages divided loosely by genre. 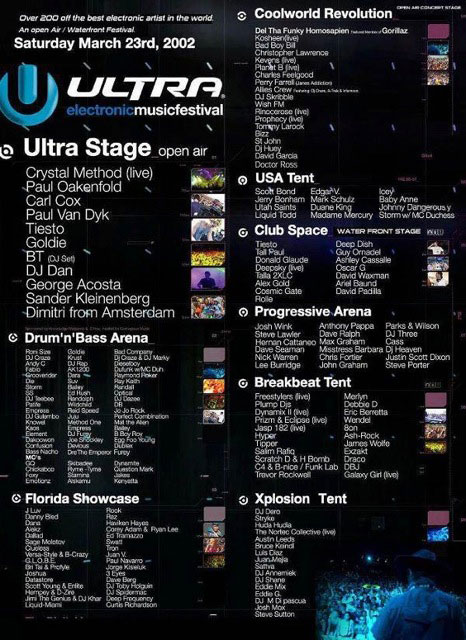 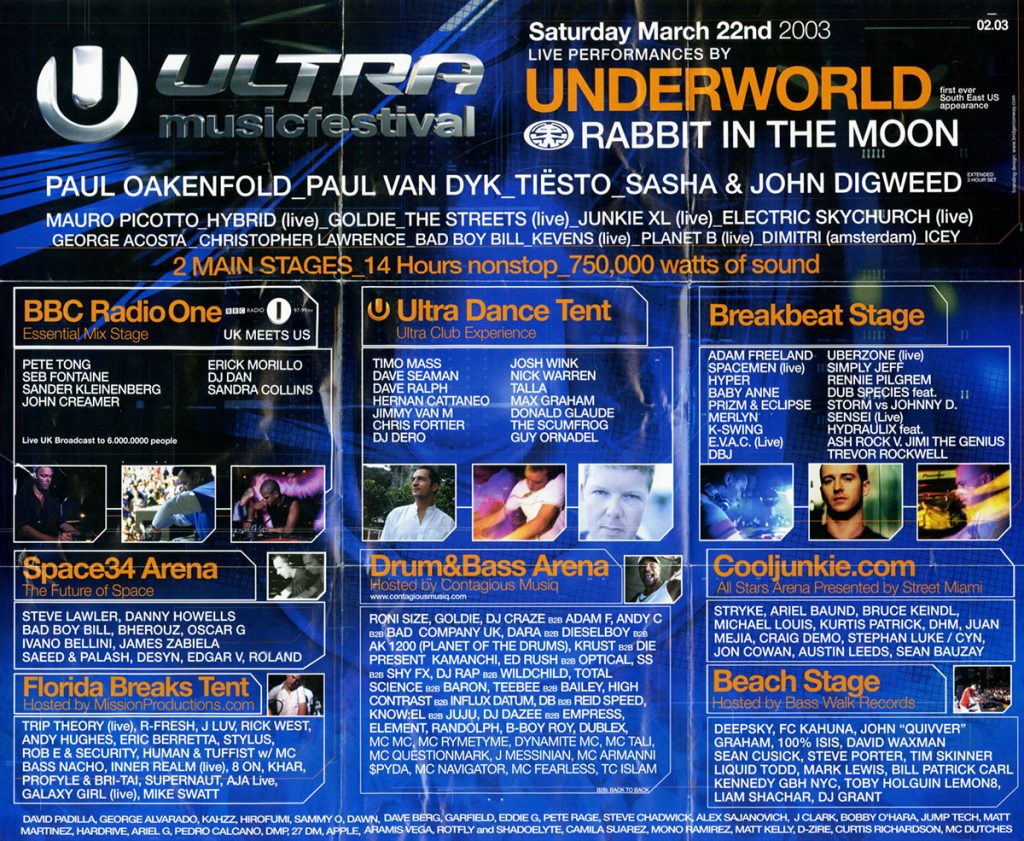 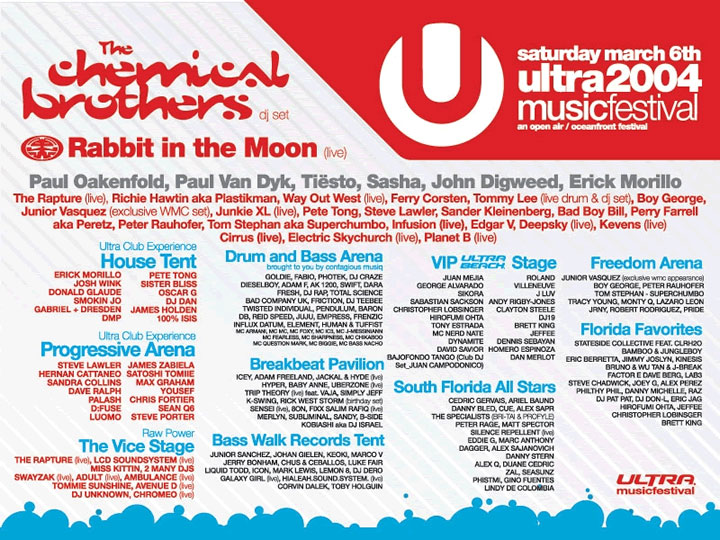 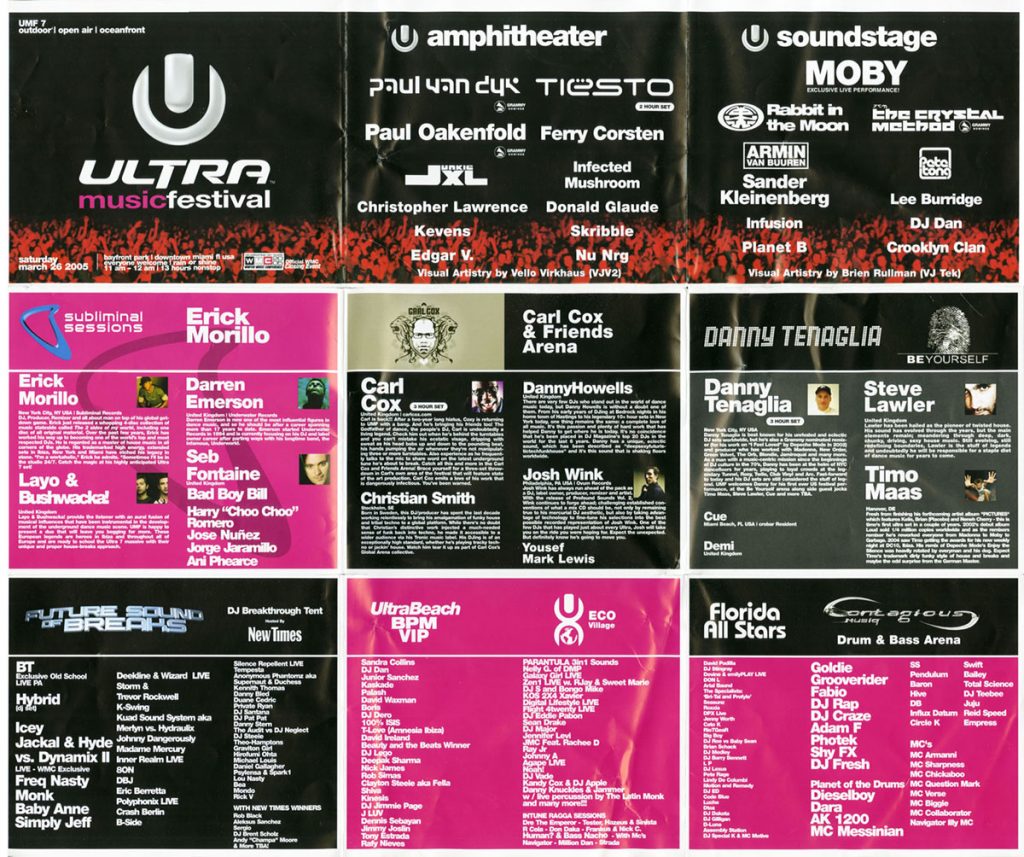 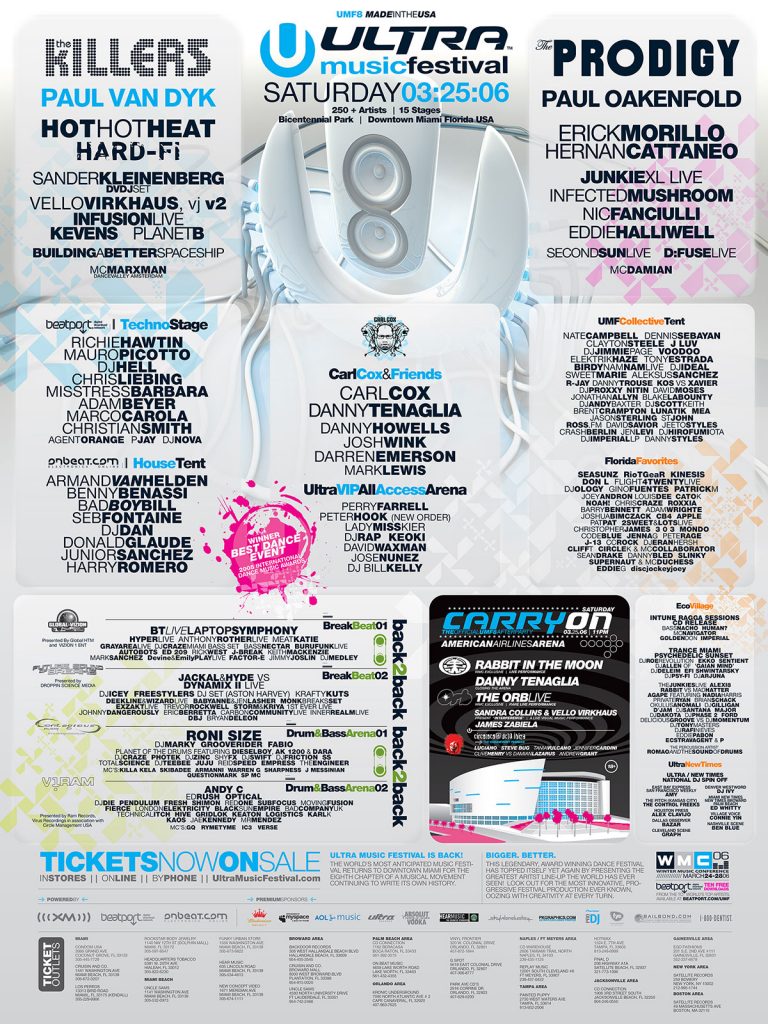 It wasn’t until 2007 that the festival expanded into a two-day event. In addition to a darker and edgier art style, the 2007 poster reveals many of the same headliners found on previous years. Tiesto, Paul Oakenfold and others made returning appearances alongside Fatboy Slim, Richie Hawtin and MSTRKRFT. 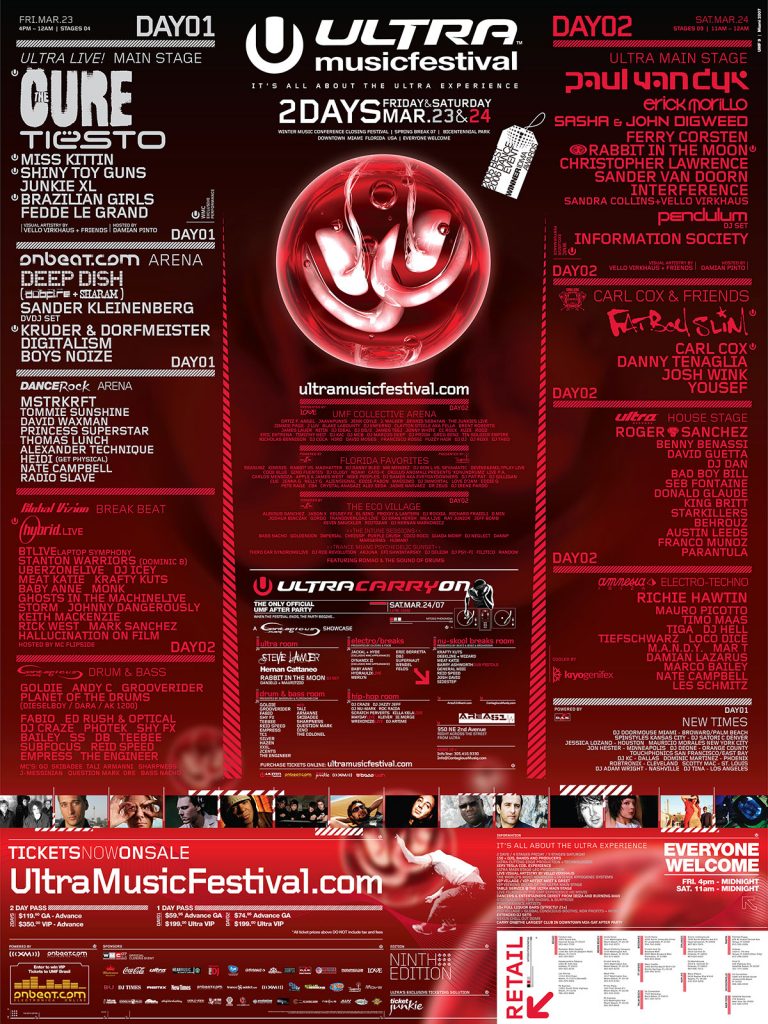 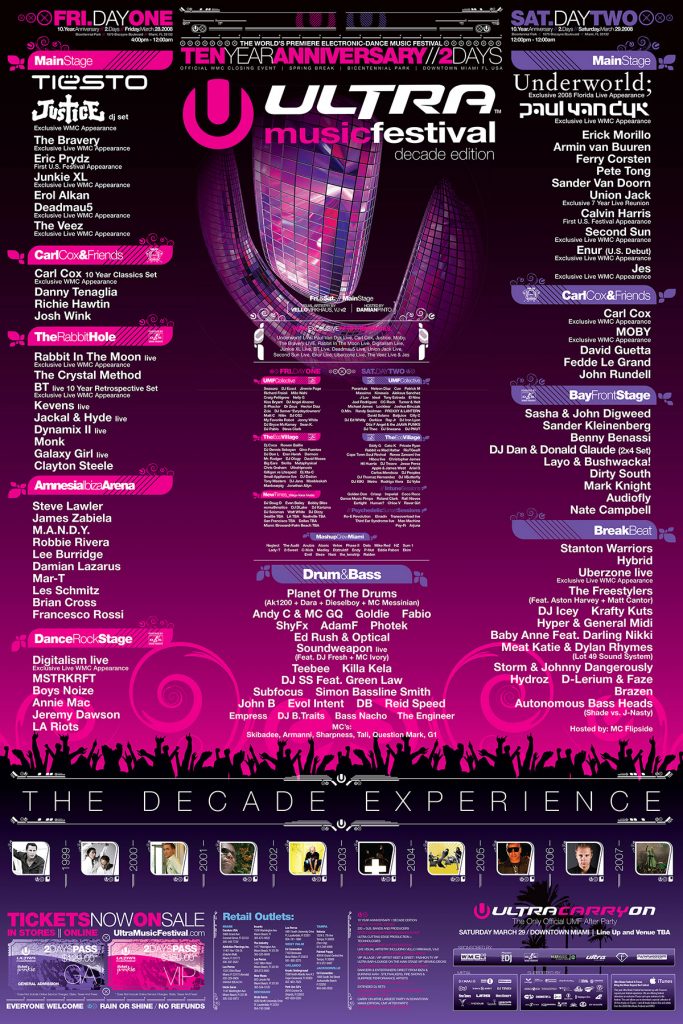 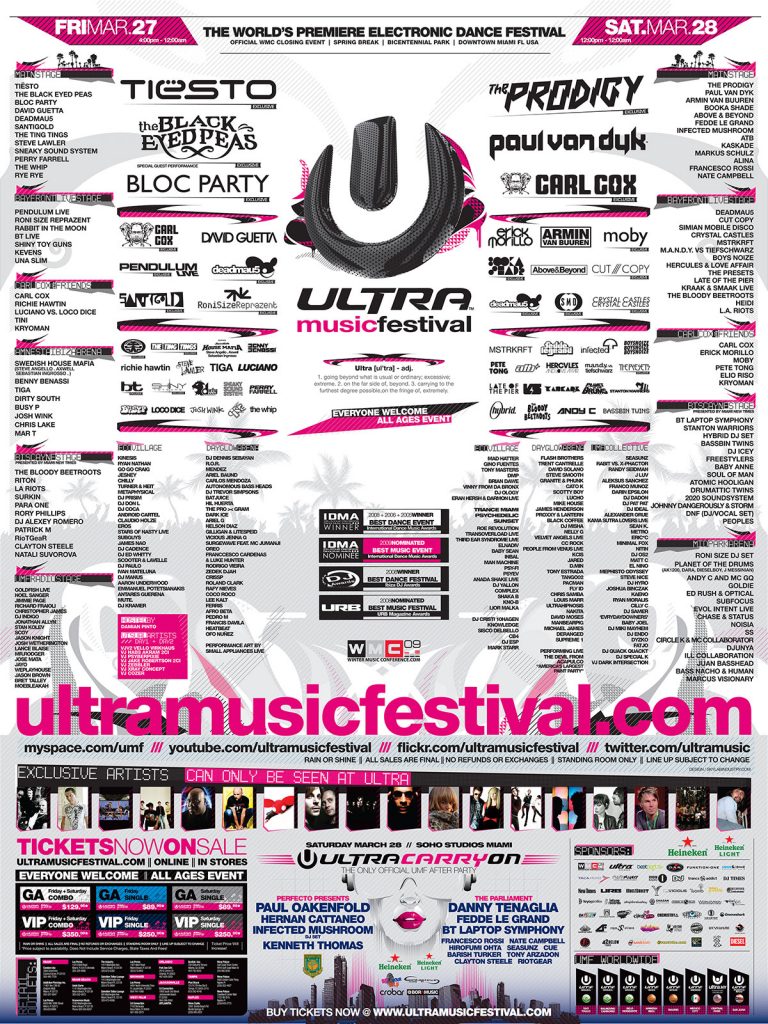 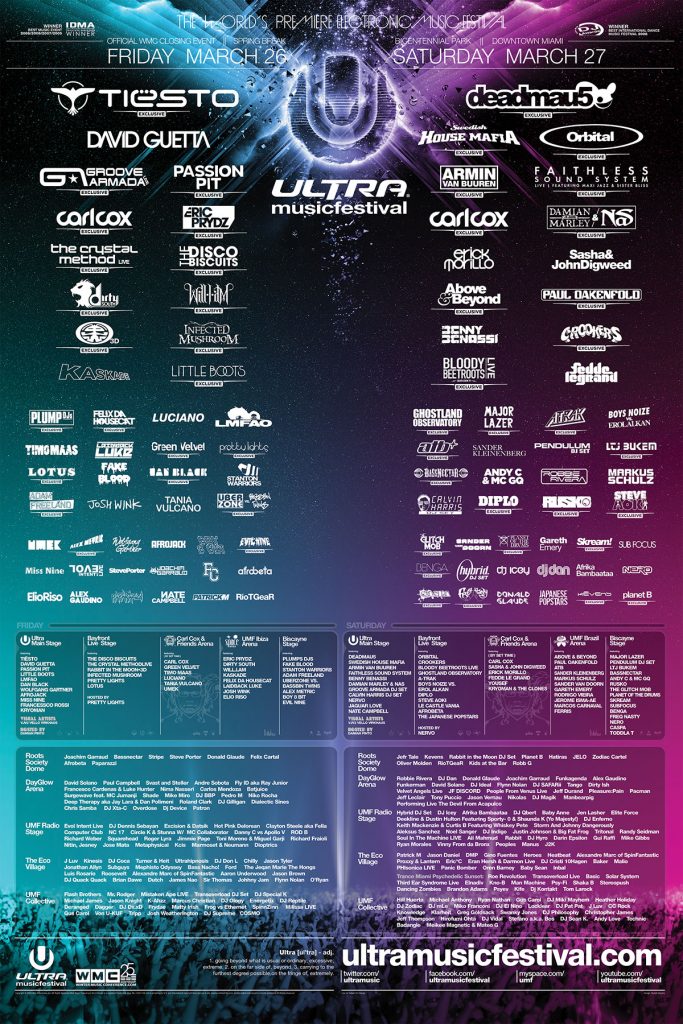 Finally, in 2011, Ultra Miami expanded into a full three-day festival, featuring headlining sets from Deadmau5, The Chemical Brothers and – you guessed it – Tiesto. Meanwhile, in 2013, the event grew once more into a two weekend spectacle. Mirroring the layout of southern California festival Coachella, Miami-based fans of the genre received a whopping six days of great music at their doorstep, complete with a performance from Swedish House Mafia themselves. 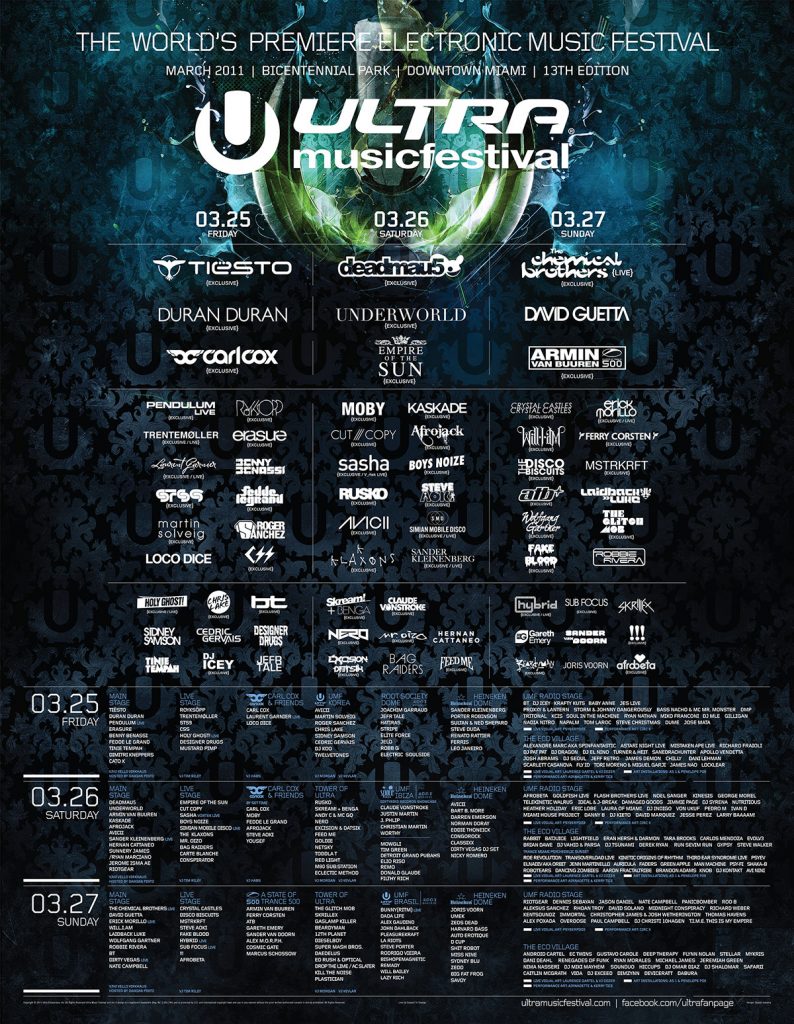 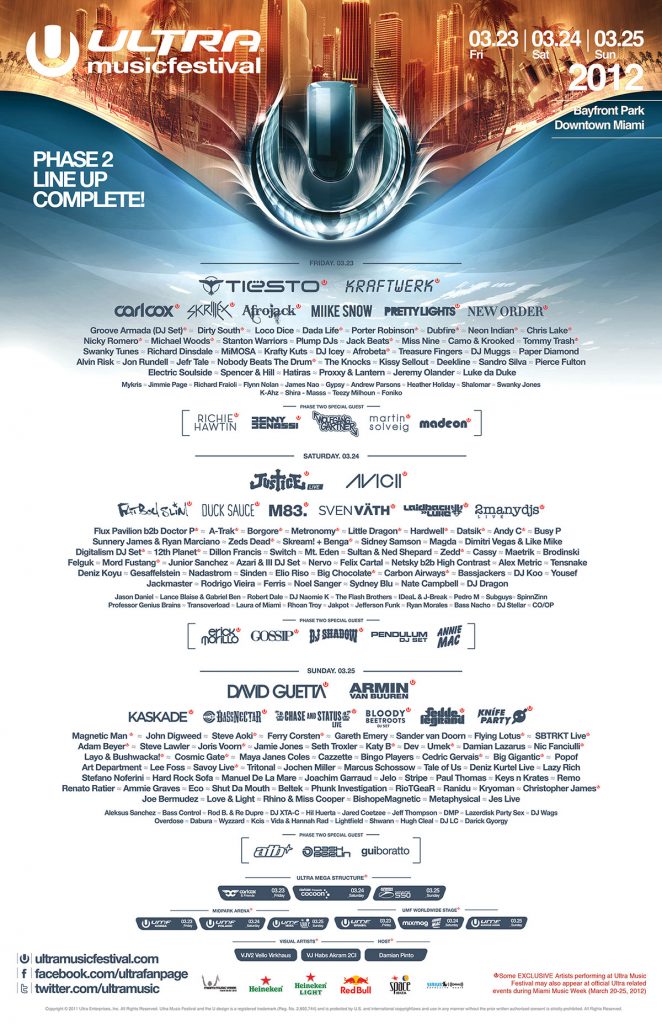 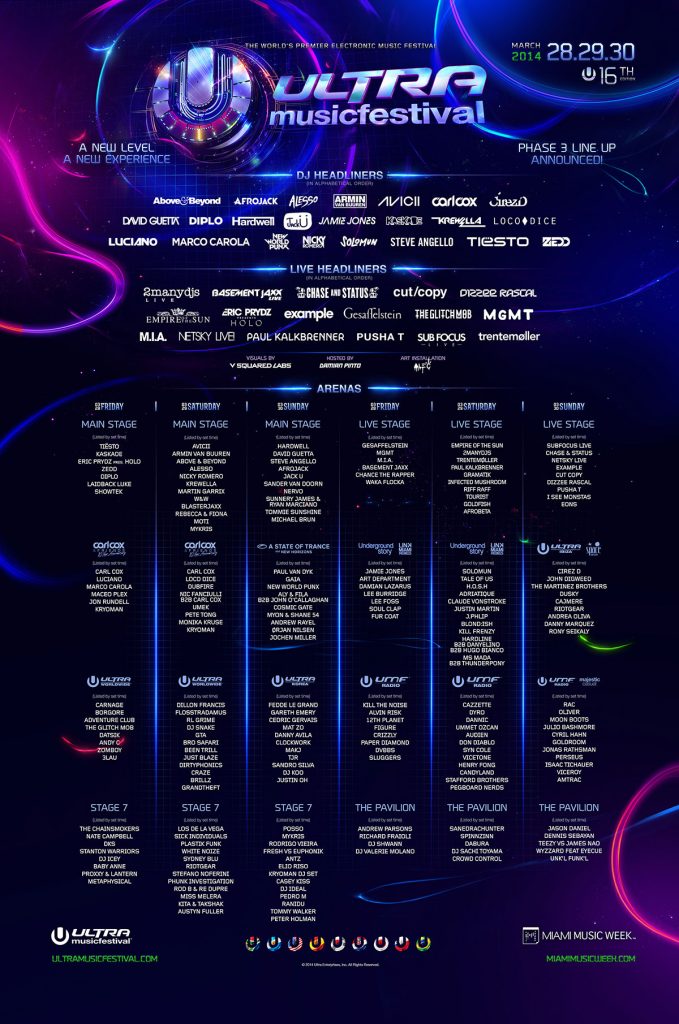 Finally, we arrive in 2017. This year, fans can look forward to another fantastic installment of soaring performances from EDM’s best and brightest. For those of us who can’t make it out to the festivities, the event will be live streamed in its near entirety once again.

Click here to view all of Ultra’s previous lineups.

“Something Just Like This” Remixes Are Starting To Roll In

"Something Just Like This" Remixes Are Starting To Roll In