LOOPTOPIA‘s first ever edition hasn’t even started yet, but they’re already shaking things up on the festival circuit. For a major EDM festival, it’s rare for the event to seek out regional artists to do the festival’s official soundtrack when popular international DJs abound; however, LOOPTOPIA is doing exactly that in an attempt to garner additional exposure for the talented artists performing at their event who have yet to receive global recognition.

Upon listening to the multiple submissions from these artists, there are a few who stuck out in terms of sheer production quality and originality. Three in particular need to be on your radar.

First we start with the LOOPTOPIA 2017 anthem by King Chain entitled “Starlight.” The Taiwan native has already garnered significant international success in the blogosphere as well as BBC Radio 1 play from the legendary Ellie Goulding, and is sure to continue to make an impact with this anthemic single for Taiwan’s premiere EDM destination.

Here’s where things really start to get interesting. RayRay is the pride of Taiwan and one of its greatest success stories when it comes to the EDM world. As the only female to compete in Red Bull’s Thre3style Championship, and having touched down with the legendary Skrillex in-studio, and with performances ranging from Glastonbury to Ultra and everywhere in between, it quickly becomes apparent that RayRay is an international artist on the brink of a major breakthrough. This new original reaffirms that belief ten times over.

Last, but certainly not least, our favorite of all of these was Starr Chen‘s contribution “Fireflies” featuring Teminite. The dubstep tune combines an intricate combination of organic-feeling instrumentation, relying on expertly composed piano and strings in the intro and break sections before slamming into a heavy hitting dubstep drop. The Taiwanese talent has received multiple awards for his work as a producer with many pop stars, especially Jolin Tsai, one of Taiwan’s most popular musicians. He’s well-versed in every sub-genre of EDM, as well as hip hop, R&B and more. LOOPTOPIA attendees are sure to bear witness to an extremely diverse set this coming weekend and we couldn’t be more excited ourselves!

With this auditory preview of Taiwan’s premiere EDM festival, the only thing left to do is get your tickets for LOOPTOPIA. The two-day event is set to feature some of the best, biggest and most renowned DJs in the entire scene with Martin Garrix, Dimitri Vegas & Like Mike, KSHMR and Yellow Claw leading the way. This is one event you don’t want to miss!

To add to the festivals, we’re also bringing you an official after party at the best club around, OMNI. Get tickets and more info for that here. 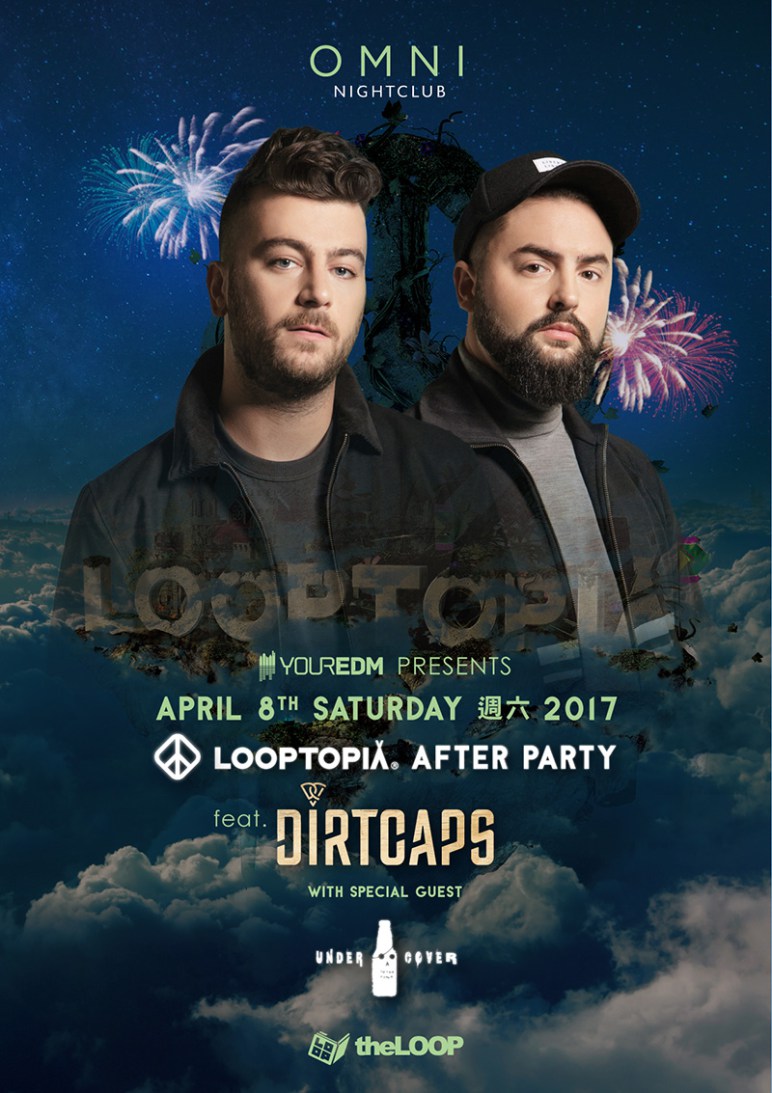