The annual Imagine Music Festival in Atlanta, Georgia has just released the first phase of its 2017 lineup, and its bigger than ever. Returning to Atlanta Motor Speedway on September 22 through 24, 2017, Imagine is continuing its trend of attracting some of the biggest talent from around the globe. The first round of headliners for the highly-anticipated music and camping festival include: Above & Beyond, Deadmau5, Tiësto, Pretty Lights Live and Gorgon City.

There will be more than six stages, each with their own distinct musical focus and vibe; there will not be an inch of the festival grounds that will not be bathed in Imagine’s immersive aquatic fairytale. Additional artists on the 2017 performer lineup include:

A second round of artists and additional stages will be announced in the coming weeks.

“This festival is a living and breathing representation of our guests wishes and imagination” says Iris Presents founders Glenn and Madeleine Goodhand. “Each year we are challenged to not only top the lineup from the year before, but exceed expectations – this lineup is just the beginning of the magic that awaits.” 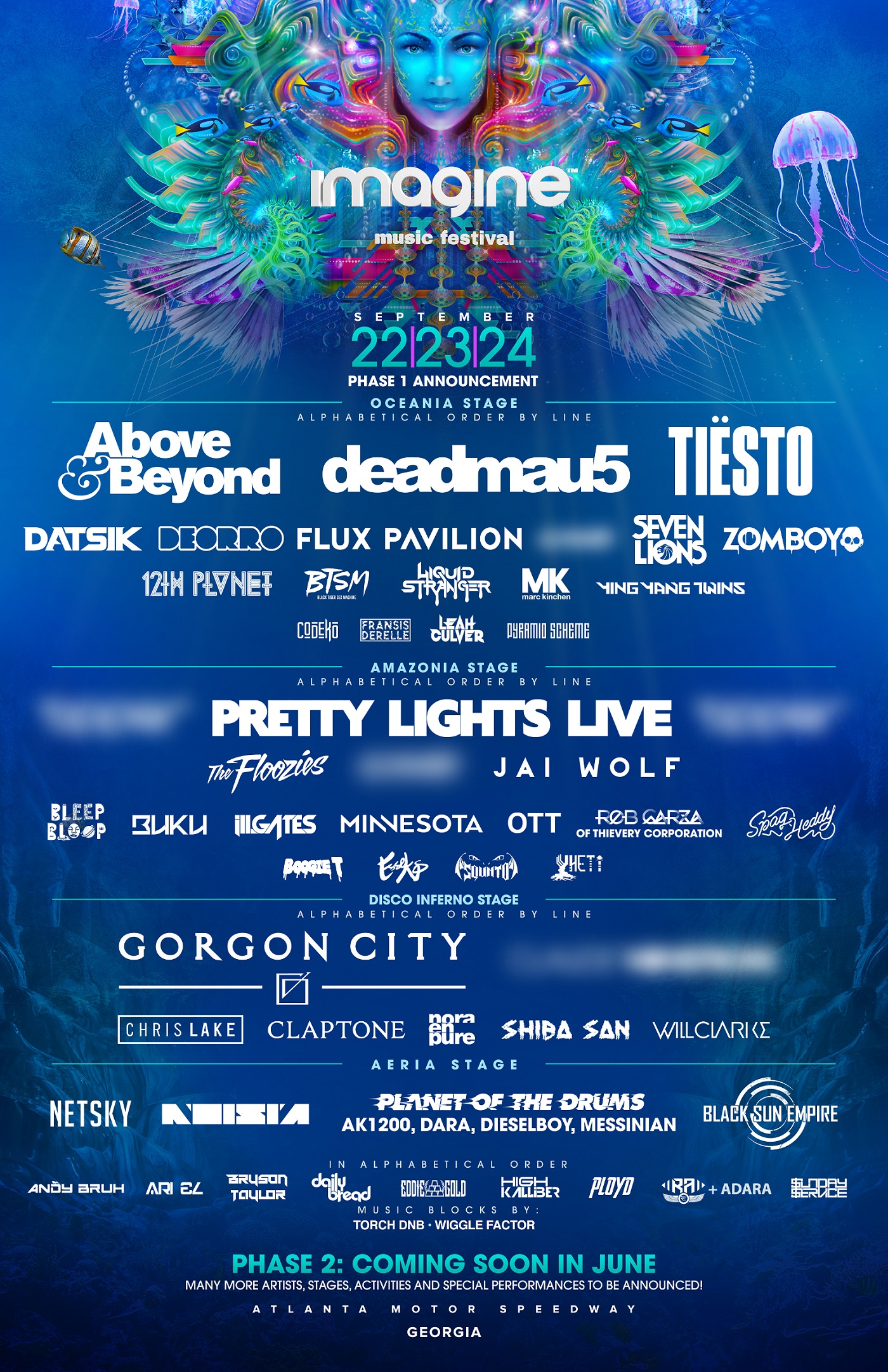