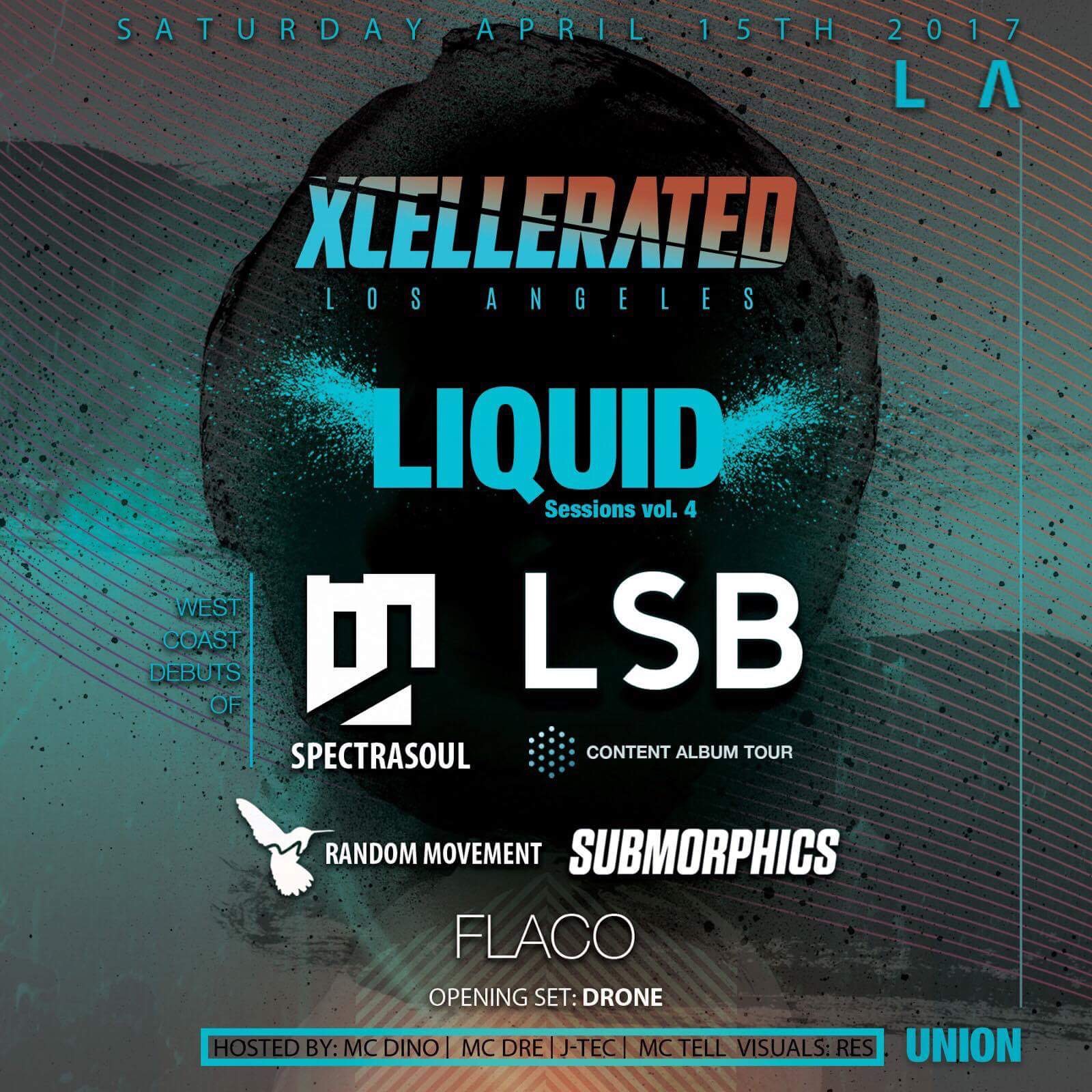 Xcellerated Fueling Up For A Night To Remember

We’re no strangers here in Los Angeles to the epic lineups that the Union venue brings to town for us. Tonight is no exception to this statement. Stacking three rooms of beautifully-assorted talent, tonight is mounting up to be one of the most memorable nights of 2017 thus far. Featuring room takeovers by  Get Heavy & Heavy Dub, along with the house armada Cats & Boots Records in a monumental movement that’s sure to place all the right vibrations in the correct places. In the main room however, Xcellerated is hosting something truly special.

I’m one of those junglists that fiends for certain artist performances. After years of following the productions of certain legendary producers, you begin to grow an itch that won’t be scratched until you witness their one hour slot, in all of direct bliss that follows. Spectrasoul & LSB are a prime example of that situation. Also sharing the decks will be Random Movement, Flaco and Submorphics. This is not one to miss.

You can purchase tickets here: http://www.liquid4.eventbrite.com/