Last night, we were treated to 27 minutes of mixes wherein fans were forced to identify artists’ songs to find out who was playing at EDC this year. Thankfully, the real, full lineup is coming out today anyway, so we don’t have to agonize that long.

And while we believe we got most of the names on the lineup, there are a few things last night’s broadcast didn’t tell us about. First, any of the massive back to backs that are bound to happen. Usually a staple of the bassPOD, last year saw many back to backs at neonGARDEN as well, and this year there’s one big one on the agenda: Alison Wonderland b2b Diplo b2b Jauz on Sunday. Wow. Additional sets include Megalodon b2b Midnight T, Phiso b2b Ponicz, and Mad Dog b2b DJ Anime. There are surprisingly few back to back sets this year, compared to the dozen or more that were scheduled last year.

Second, any of the art car takeovers. This year will see takeovers from Monstercat, LA-locals Brownies & Lemonade, as well as Desert Hearts, Psytribe and Trap Nation.

Third, any special performances. Markus Schulz will be performing Dakota at EDC, and Porter Robinson will bring his live WORLDS performance to the Speedway for the very first time. Dozens of artists will also make their EDC Las Vegas debut this June, from Cut Snake, Kygo, Griz, and Mija, to REZZ, RÜFÜS DU SOL and many more. 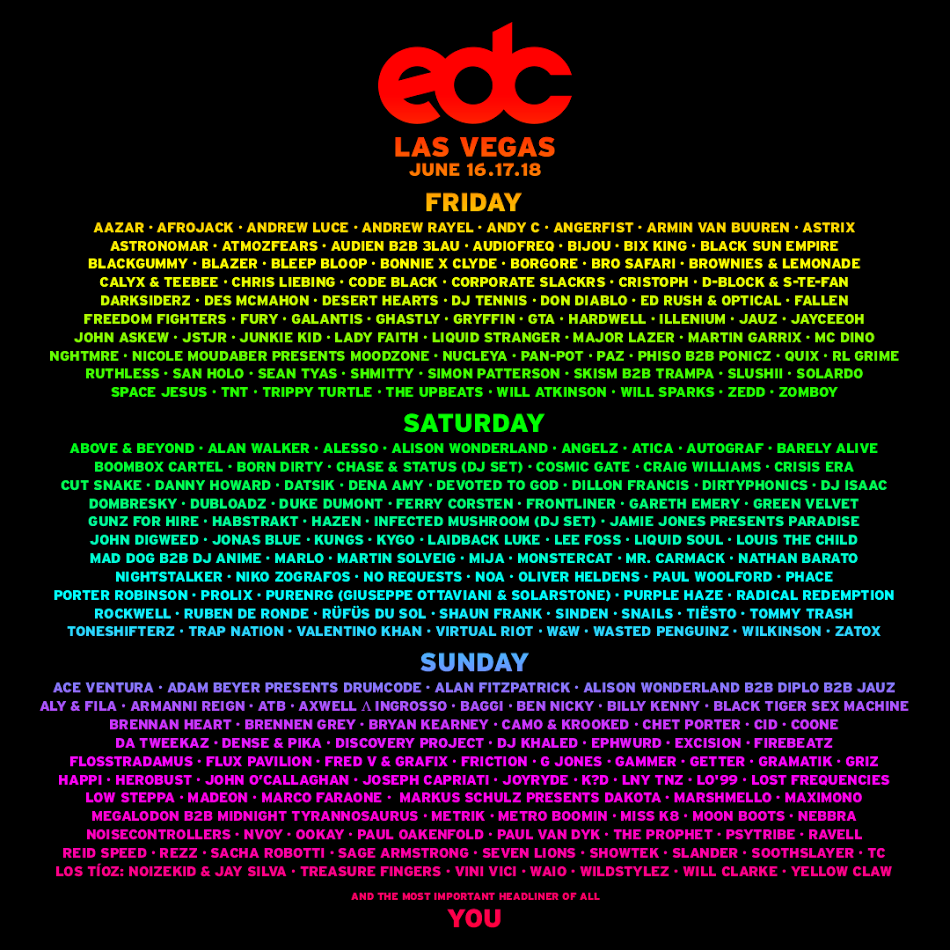 On Planets Needs Some “Personal Space” With This Phenomenal New EP