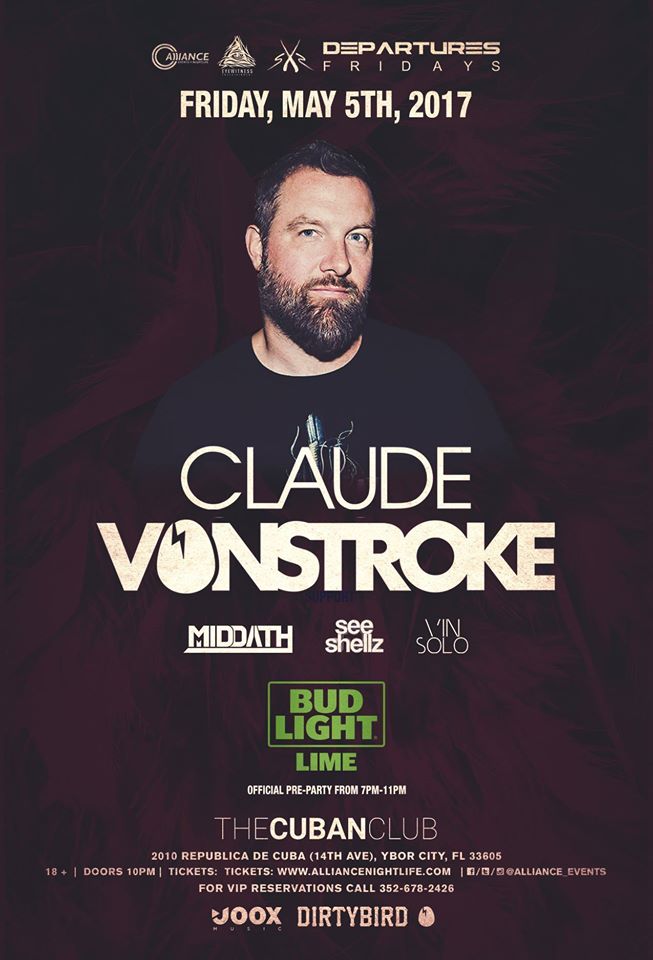 Claude VonStroke has become synonymous with upbeat, booty-shaking house, partly due to his influential record label Dirtybird, which has introduced the world to the likes of Justin Martin, J. Phlip, Shiba San among others, and partly due to his own infectious productions. This weekend he’s returning to Florida to play a series of hyped shows, including a notable stop in Tampa, Florida.

Departures Fridays, Alliance Events & Nightlife, Eyewitness Entertainment, and sXs Presents are bringing Claude VonStroke to The Cuban Club in Ybor City tonight, a welcome change from the radio-friendly EDM that tends to dominate Florida’s EDM scene. Departures Friday used to hold their house and techno events at the now defunct District 3, but The Cuban Club has become their new venue for hosting forward-thinking events. With VonStroke being one of the biggest names of the underground scene and Tampa on the rise in the grand scheme of the electronic music world, it’s safe to say this show will go down as one of the more memorable experiences this year.

Be sure to grab tickets before they sell out at Eventbrite.