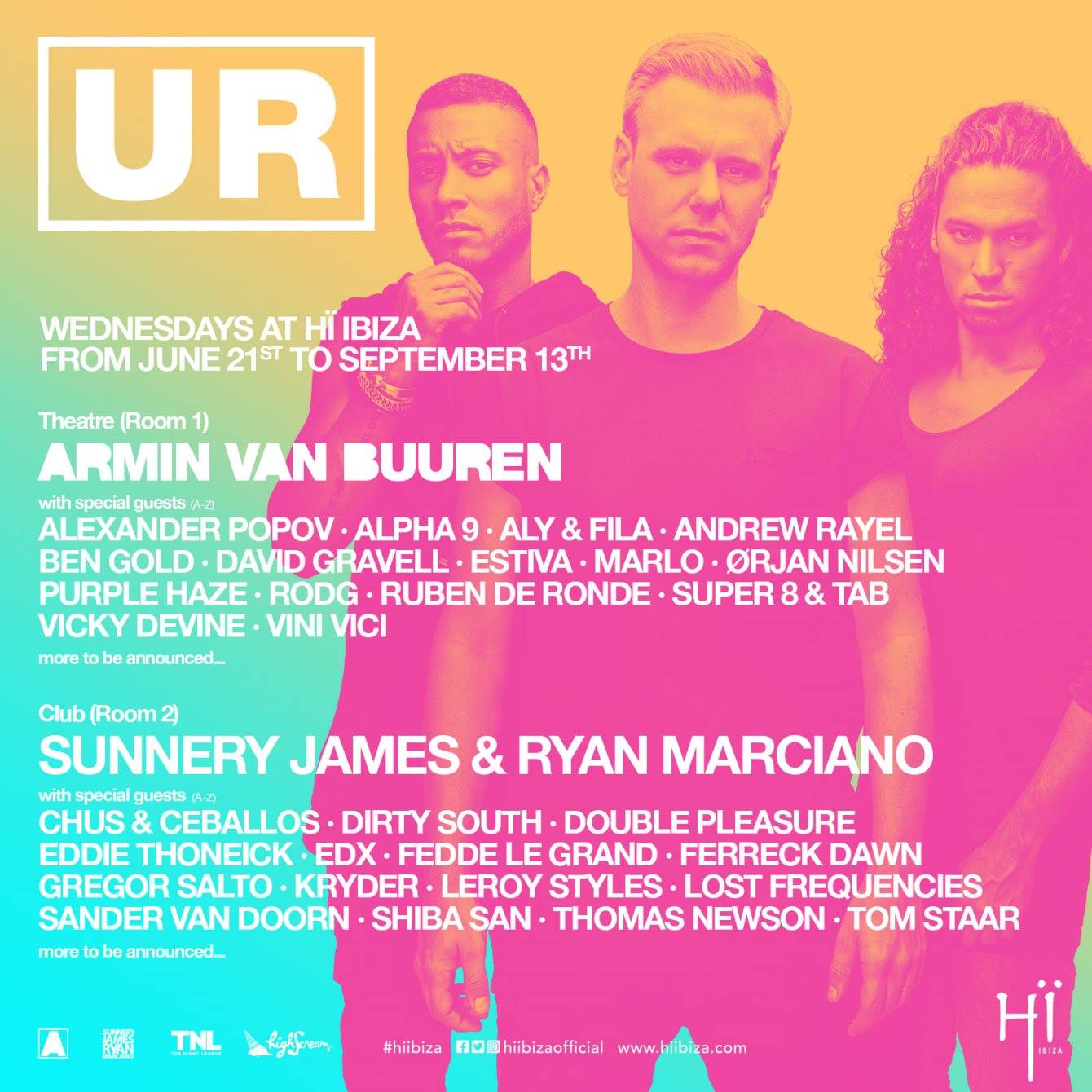 A Detroit-based techno collective is calling out Armin van Buuren for allegedly stealing its name for his 13-show summer stint in Ibiza under the same name. Not only that, the house producer’s Hï Ibiza “UR” logo looks strikingly similar to that of the well known Detroit organization, which could be grounds for plagiarism.

Underground Resistance took to Facebook to express their concerns:

“Is there no shame? What happened to electronic creativity? What the fuck is it all about the money?? To “those who know” MOVE TO CONDITION RED!! To those who steal culture, you have been warned.”

Armin van Buuren has worked closely with the verbiage “Resistance” for some time. However, throwing “underground” in front of it turned out to be an unfortunately negligent move.

The renowned DJ/producer answered back in an official statement that more thoroughly explains the idea behind his Underground Resistance, and he’s standing his ground:

“I would like to start off by saying how unfortunate and unpleasant this situation is for everyone involved. My team, the team of Hï/Ushuaïa and myself were not aware of the similarities between our logo and the logo of Underground Resistance. Originally, UR – the name of the new event through which I’ll perform in Ibiza every week – is derived from Universal Religion, an older but nonetheless known Armin van Buuren concept. The logo, which consists of a custom-made font and frame, was designed to conform with the Armin van Buuren brand. After careful deliberation, my team, the team of Hï/Ushuaïa and myself have decided to keep the name UR as it is and to adjust the symbol. I trust that media, fans and Underground Resistance will be able to understand this decision.”

We hope the equally legendary DJ and dance music collective can sort things out.

Is there no shame? What happened to electronic creativity? What the fuck is it all about the money?? To "those who know"…

Posted by UNDERGROUND RESISTANCE on Saturday, May 20, 2017