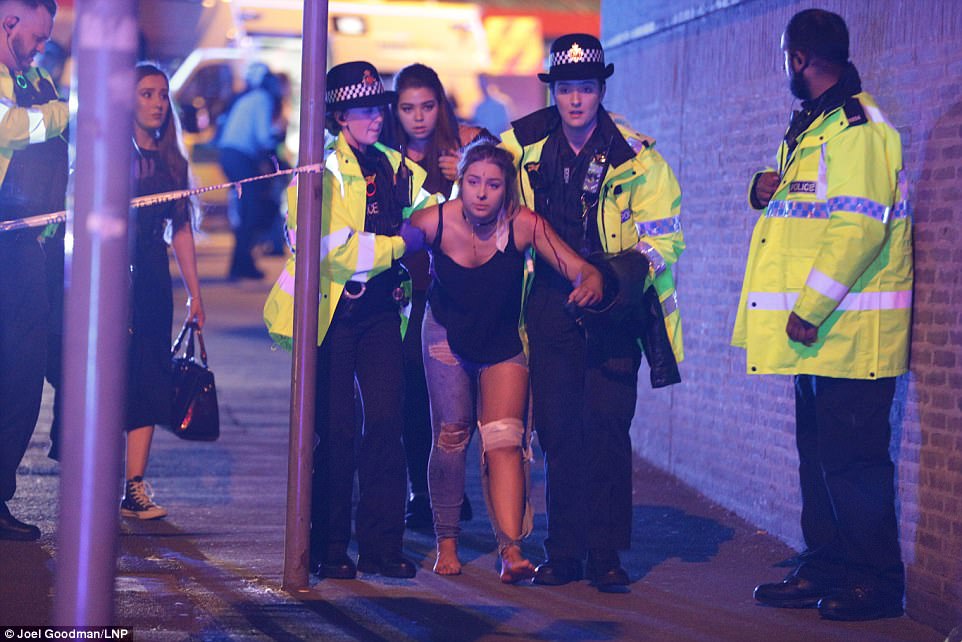 Following a reported explosion outside of Ariana Grande‘s concert in Manchester, England that resulted in 50+ injuries and at least 19 fatalities, EDM artists, along with the rest of the music industry, are reacting to the devastating news…

Our hearts go out to all attendees, crew, Ariana’s team, and especially the families and loved ones of those injured and lost by this senseless act.

Thoughts to everyone in Manchester….. just horrifying 😩.

Cannot believe the news I am reading about Manchester…

My heart is with you Manchester, sending ❤️

Sending love to those affected in Manchester.

How anyone becomes twisted enough to bomb an ARIANA GRANDE concert is so hard to understand, they're just kids out there

wishing everyone in manchester the best as well as @arianagrande. what the actual fuck.

Terrible what happened at the Ariana Grande concert. Hope everyone who attended is safe. What the hell is wrong with people man

Sending our thoughts and prayers to @ArianaGrande and her fans at the show in England. Concerts are supposed to be a safe + fun place to be

My thoughts and prayers go to all the victims at the @ArianaGrande concert in Manchester! ☹️

Sad to my stomach for everyone in Manchester and to the concert goers, @ArianaGrande and everyone affected. Prayers and love.

All my love to Manchester, spread the love and never let the fear take over. Be strong everyone ❤️

What's happened in Manchester makes me sick to my stomach, absolutely heartbreaking 💔

That someone can prey on people going to an event, that's suppose to be about love and unity's beyond me.. devastated for you #Manchester 😞😢

Horrible news coming from Manchester. My thoughts are with everyone out there. ❤️

my thoughts go out to everyone in #manchester right now. 💔 anyone who is stuck in the city centre go to the hashtag #RoomForManchester

Prayers for the families and friends in Manchester. If anyone has a donation link please share it. This is devastating.

I cannot believe what I'm reading about the Ariana Grande concert in Manchester. Heartbreaking news

Our hearts go out to everyone in Manchester!!!!! Sending lots of love your way!!! ❤️❤️

every musician feels sick & responsible tonight—shows should be safe for you. truly a worst nightmare. sending love to manchester & ari

The thing I love most about the UK is our solidarity in times of need, and lack of fear. Nothing can touch the british spirit

Hope for peace for those families lovers and friends who lost someone in Manchester. It breaks my heart.

All we need is more love. Try to spread that message at my shows. Keep spreading that to your communities guys. We could always use more

My prayers are with everyone involved in the Manchester incident at Ariana Grande's concert.. my heart is aching… devastating news 💔

It is absolutely devastating what took place in Manchester. My thoughts and prayers are with Ariana and everyone affected. 🙏🏽💜