This is a story that spans a few years, so bear with us…

Starting around two years ago, Pham and Devault were apparently working on a collaboration together, one that hasn’t seen the light of day. During that session, and this part is unclear, one of the two of them made a demo beat that eventually made its way onto Devault’s remix for “Not Above Love” by AlunaGeorge.

That remix was released in February, but it seems that Pham didn’t even notice the sound until earlier this month, when he recorded this video and posted it on Twitter, with the caption, “At least change the key my dude.”

Yeah (also reused in two other tracks). I gave him a fair warning on dms some time ago. The sounds he reused are inconvenient to replicate.

After Ekali became involved in the Twitter dispute (see below), Devault responded and said, “This was a miscommunication on my part 9 months ago that we cleared up recently face to face and had to learn from, the new music will speak [sic].” That tweet has since been deleted.

If it was recently cleared up, it begs the question why Pham felt the need to make the original tweet in the first place, 7 months after the remix was released… we smell something fishy.

The Whethan track he’s referring to is the producer’s remix of “City Of The Rose” by TYuS. The similarities in that drop, too, are definitely cause for concern, and the similarities weren’t lost on the Soundcloud commenters, either.

When all is said and done, Devault seems like a very talented producer and he clearly has some pretty successful singles and remixes. But this type of negative publicity from artists who are well respected isn’t a good look.

See the full conversation including Devault’s response below. 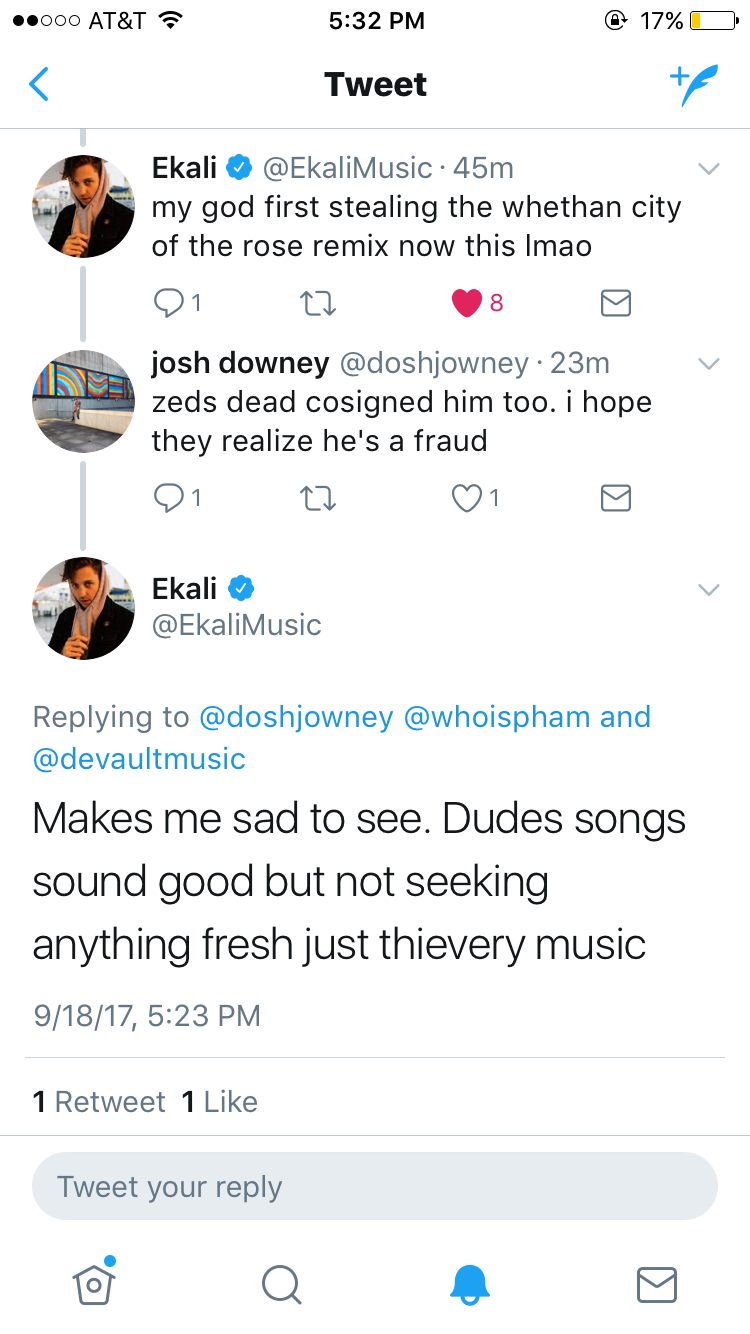 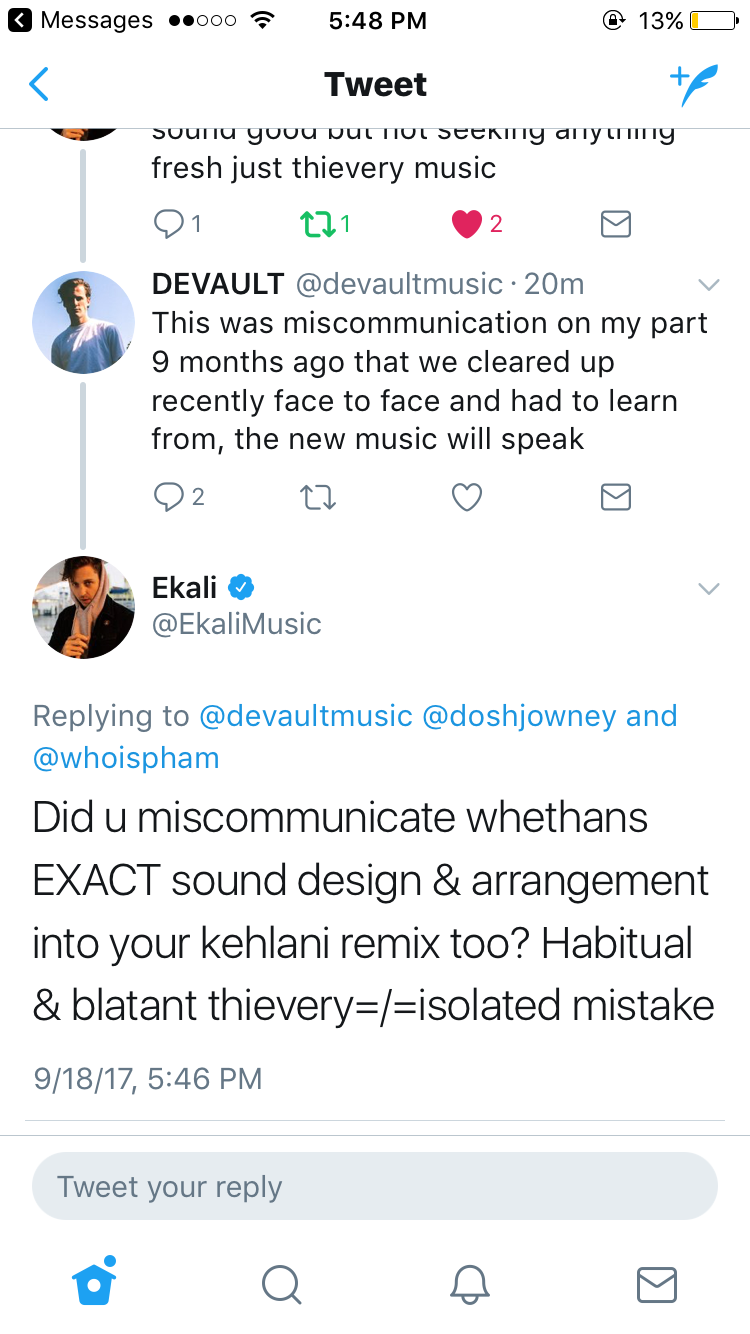 Snails Releases New Collab With NGHTMRE, “Only Want U,” From Debut Album

Your EDM Premiere: ShiShi “Look Me In The Eye” featuring BAER

Your EDM Premiere: ShiShi "Look Me In The Eye" featuring BAER