RIAA: Streaming’s Share of US Music Industry Revenues Almost Doubled Between 2015 and 2017

2015 doesn’t seem all that long ago. The Golden State Warriors were coming off of their first championship, Dimitri Vegas & Like Mike were #1 on the DJ Mag Top 100 and The Force Awakens was about to dominate the box office. Pretty recent right? That’s why it just puts streaming’s explosive growth in that time period into perspective.

According to data from the Recording Industry Association of America (RIAA), in the first half of 2015 streaming was only 33% of the music industry’s revenue with digital downloads at 41%. In just two years, the data has vastly shifted to paint a picture of the new streaming-driven music industry. In the first half of this year, streaming accounted for 62% of revenue. Digital downloads shrunk vastly to 19% and while physical product also shrunk from 23% to 16%.

The RIAA also estimates that we may hit 1 trillion total streams by the end of the year if you count both on-demand services and digital radio. We hit 460 billion streams in the first half of the year so it’ll certainly be close. 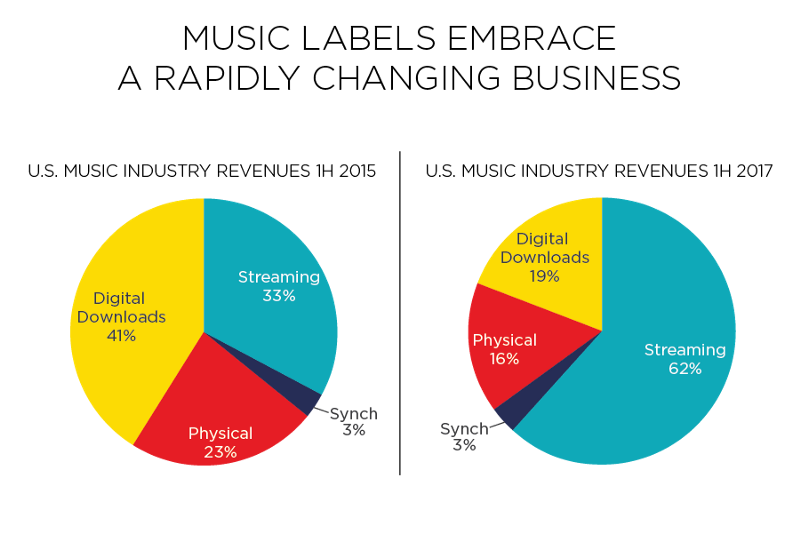