Police are always on high alert for potential threats to music festivals and events, especially now in light of the recent, tragic shooting in Las Vegas. In the current climate, it makes sense for authorities to take any potential red flags as seriously as possible.

A recent tweet from a San Diego man caught the attention of the San Diego Sheriff’s Department on Wednesday when he threatened to attend the next edition of Coachella with an uzi submachine gun. The man posted a selfie of him standing in front of a San Diego gun store with the caption, “Waiting for the shop to open so I can buy that new UZI for Coachella 2018.” 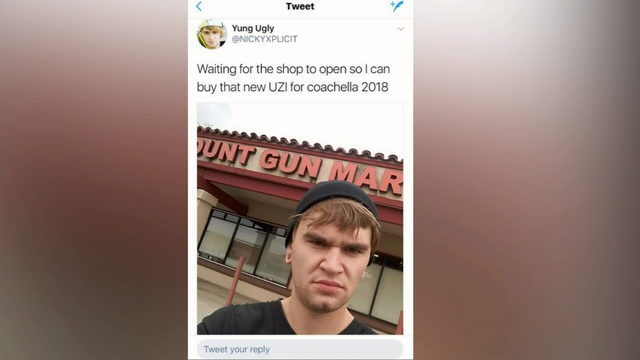 The gun store’s Twitter account responded saying the San Diego Sheriff’s Department would “haul [his] butt to jail,” but the sheriff’s department decided that while the man did not commit any crimes, he did require a mental health evaluation. The man apparently threatened other music festivals in the past, and his Twitter account has since been suspended.