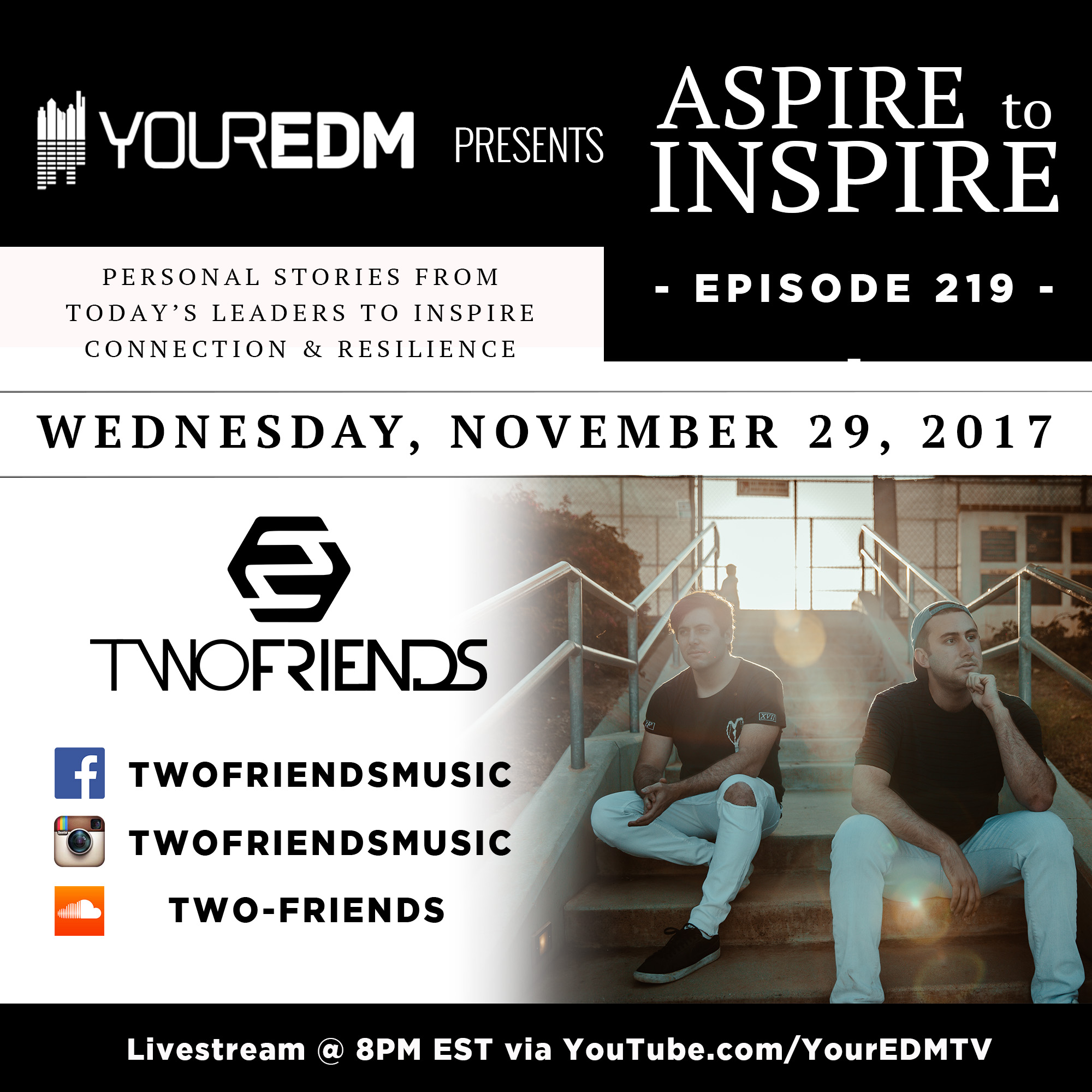 Deciding to pursue music as a full-time career is a tough decision. It can be even tougher when you’ve followed a traditional path and excelled in academics. On the one hand, you have to follow your dreams. On the other, graduating Summa Cum Laude from a top tier university generally leads to a lucrative career as well. This was the dilemma that Matt Halper and Eli Sones, aka Two Friends, faced upon graduation from Stanford and Vanderbilt University. Rather than going the traditional route, and at the risk of upsetting some people, the duo formed Two Friends and have been pursuing their musical dreams ever since.

“For us the biggest personal & professional challenge was basically taking a big risk after graduating college in order to pursue music full-time. The opportunity costs were very high- we got degrees that had nothing to do with music, but we chose to take a risk on something we loved doing, while all of our friends were getting ‘real jobs.’ We had to hold ourselves accountable and basically prove to family/friends/teachers/former bosses that it was going to pay off in the long run. While our friends were doing big trips or taking a few months off after graduation before they started their jobs, we were in the studio right away, going full-throttle. Some good things were already happening, and we were confident in ourselves and our team, but we were making very little money and basically doing only a handful of shows. But if we were were going to achieve some of the goals we dreamed of, we decided we had to go for it immediately– because otherwise it would just get harder, and we’d hold regrets.”

We invite you to join us for Aspire to Inspire Live featuring Two Friends TOMORROW (Wednesday) at 8PM EST where they’ll share taking a big leap of faith post college graduation to follow their music dreams.