Gramatik’s stacked line up on New Years Eve this year included names like Big Wild, Cobrayama and Ramzoid. Unfortunately by the time we got there, the remaining artists before the beginning of 2018 were Big Wild and then the main event. Part of this was the single digit temperatures in New York City, which made searches take longer and coat checks more complex. There were definitely many patrons who spent their first 30 minutes in the venue waiting in line.

But it was well worth it. Within minutes of Big Wild taking the stage, the whole body of the crowd was swaying to the earphoric beats that were effortlessly laid down. Big Wild’s set was over too soon, but by the time he left the stage it was less than a half hour until 2018 would begin. “Thank you all so much! Let’s hear it for Gramatik up next!” His voice echoed from behind the boards. By this point we had gotten all our cold gear put away and found a great spot in the middle of the floor-crowd to take in the first half of Gramatik’s set.

After the opening salvo of his signature transcendent sound, the crowd hears “Well come on everybody, let’s do this thing! Countdown from 10, 9…” The numbers flashed across the screen, and at midnight the confetti laced the air and the floor in a spectacle of light and motion. The proceeding hours teamed with lots of new material from Re:Coil Part I as well as some favorites from The Age of Reason and even further back in the catalogue. Especially great were the live horns that were incorporated into some of his classics, as well as more than a few amazing guitar solos.

As the night continued to thump on, we made our way to the top floor to get a sense of the full crowd. From the vantage point it was easy to see how packed even a large venue like Terminal 5 could get. There was also some light/playful moshing going on near the front, which was great to view from that distance.

The finale featured incredible visuals and one of the best tracks off of Re:Coil Part I: ‘Voyager Twins’ (Gramatik & Galactic Marvl).

As this was the first show of a larger tour, check out the tour dates below to see if you’ll be able to experience this incredible show for yourself. And for your viewing enjoyment, a recap video from the New Years Eve shows.

Still buzzing from nye in Denver & NYC! Peep the recap! 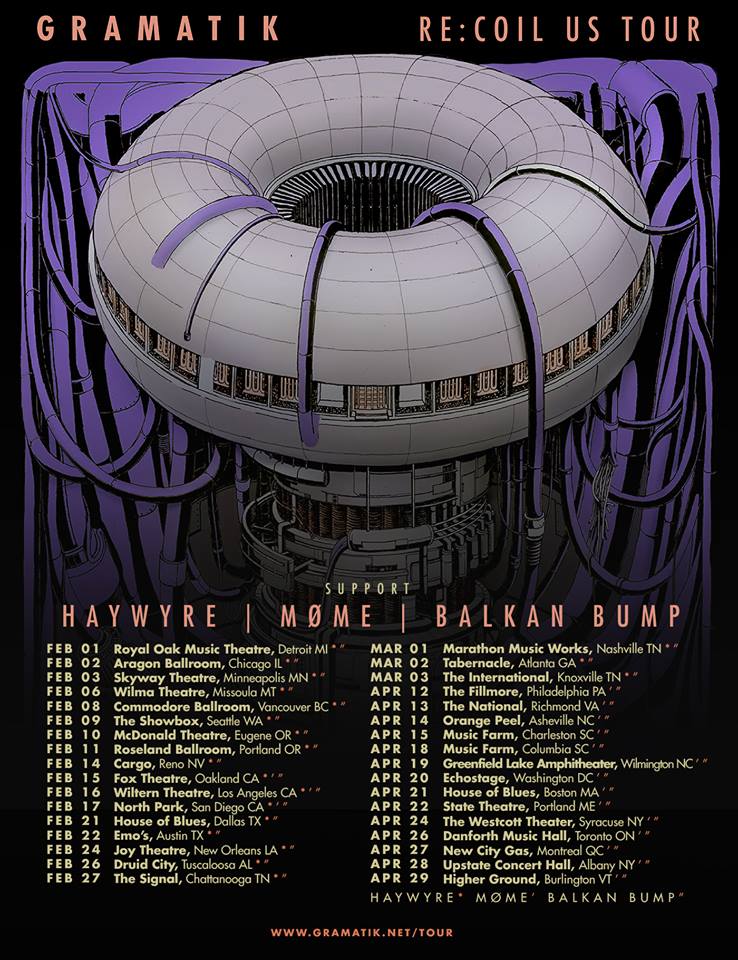