Festival lineups change all the time. From additional musical performances to set-time alterations, festivals have an interesting way of capturing the attention of audiences with the musicians they enlist. Even a last minute addition can be the difference between having tickets left over or selling out, especially when it involves one Jaden Smith.

It appears that the Miami native festival Life In Color (or LIC) is making an attempt in this direction with their latest announcement of adding Jaden Smith onto their roster as a “Special Guest.” Joining a lineup with EDM heavyweights like Zedd, Snails, K?D, and QUIX to hip-hop and R&B artists like 21 Savage, Lil Pump, Blackbear, and more, Jaden Smith has attained the coveted spot that few highlighted artists like Diplo, Big Sean, and 2 Chainz have acquired at previous Life In Color Miami events. Presumably, Jaden Smith will be performing tracks from his recently released debut album SYRE including singles like “Breakfast,” “Icon,” and “Batman.” Whether or not the nineteen-year-old will also perform in his infamous, all white Batman costume is still unknown. 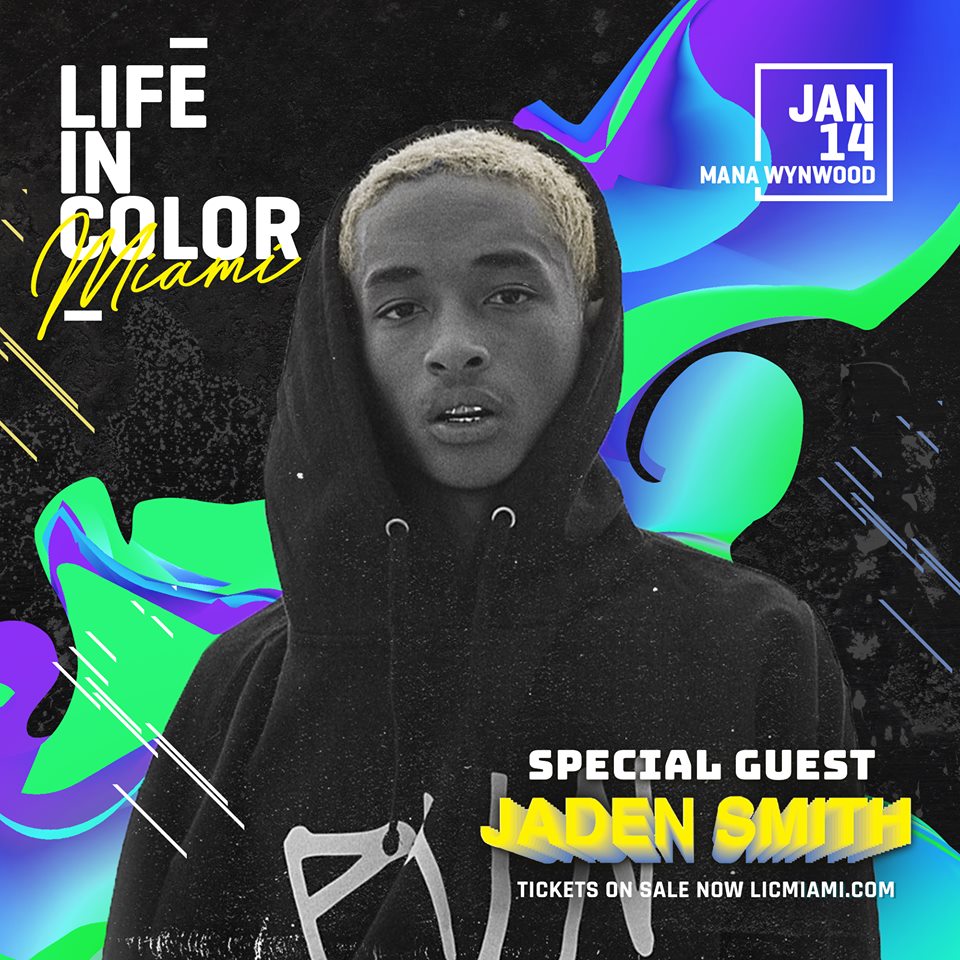 If you’re interested in catching Jaden Smith and the other aforementioned headliners for this year’s Miami edition of Life In Color, you can buy tickets at licmiami.com.

Marshmello Partners with Zumiez For A Cool New Merch Line

Marshmello Partners with Zumiez For A Cool New Merch Line