One of the biggest Spotify success stories over the last year was the crazy emergence of Shallou thanks to his two major hits “Begin” and “Doubt (Summer End)” that have a combined 48 million streams on Spotify. Now, he’s ready to take that success from URL to IRL with a large winter tour that features his first ever quarter of headlining dates.

His four headlining dates take place starting February 22nd in San Francisco, before heading to Los Angeles the night after, and then Chicago and Brooklyn on March 1st and 2nd respectively. Both the San Francisco and Brooklyn shows have already sold out so act quick  if you want to see him! 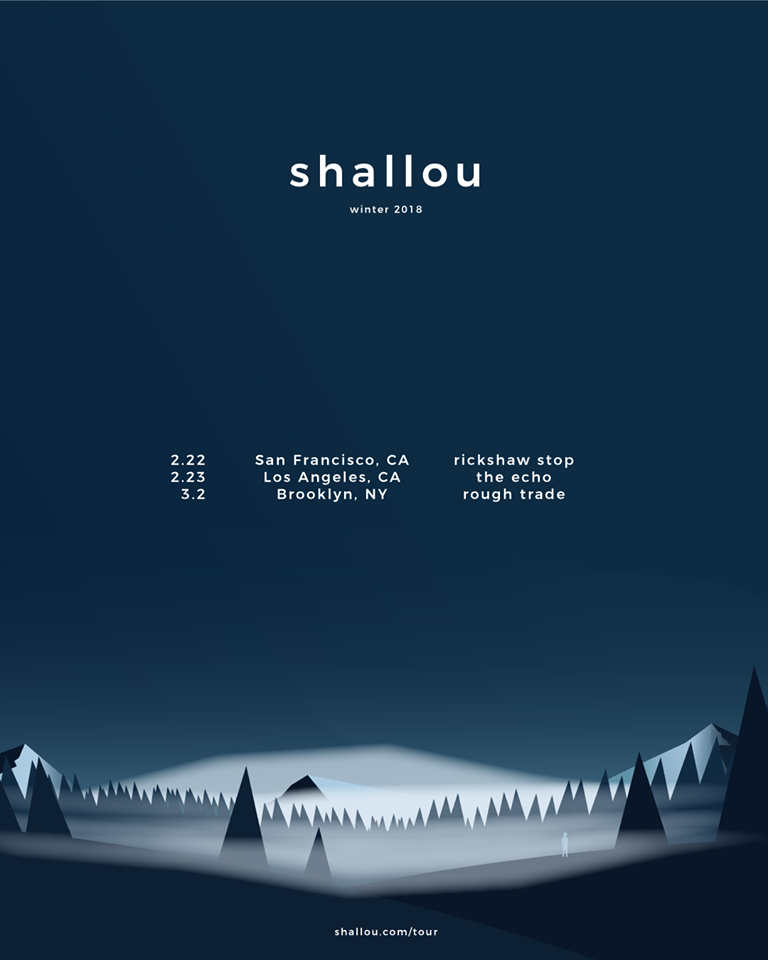 Along the way he’ll also be joining Big Gigantic on a few dates as support through most of February. Check out the full dates below and snag tickets to all of his shows here.