Your EDM Q&A: Clockvice, Yet Another Young Dubstep Talent Out of the UK, Poised to Keep the Genre Afloat

Since the advent of halftime and rave trap, dubstep has been receiving less and less attention in the UK bass music scene. This is partially because a lot of the producers are shifting their attention to the above-mentioned sub genres but a new rash of young producers are beginning to show up, fueled by Skrillex and the other U.S. dubstep veterans they first heard as (very) young kids.

Acts like Vorso, Chee, Barbarix and now Clockvice are able to pull forward this somewhat outdated beat structure into modern production by scrubbing the brostep dust off it with clean sound design and by integrating other types of syncopated beats into the dubstep frame. What results is something which both is and isn’t dubstep and which re-showcaes the genres diversity. Dubstep needs a producer like Clockvice right now, and luckily he’s shown up.

On the heels of his highly successful single “Egofeeder” released in December on LA90, having signed with Vorso and Barbarix to MethLab Agency and about to release a remix of Umpire’s “All the Things” on Circus, Clockvice is gaining attention from all sides of the bass music prism. With his cinematic melodies, DnB-style builds and beats that cross over from dubstep to halftime and back again, he’s a great ambassador for the future of integrated bass music. Your EDM decided to sit the young producer down and pick his brain before he really blows up bass music, and he had a lot to say about how he works, what it took to get to the style he has now and what he plans for the future. It’s a great insight into the mind of a developing mega-producer.

How did you start producing dubstep?

I think it was probably bound to happen sooner or later. Back when I was 14 or so, dubstep was my first introduction to proper bass music. Before that, I’d been listening almost exclusively to Metal and the occasional hardstyle joints. I literally just went on YouTube, typed “dubstep”, hit enter, and found “Feed Me – Blood Red” on UKF and man, I was instantly hooked. Still love that track to death.

After that, hearing stuff like Skrillex’s “Scary Monsters” and Nice Sprites EP and basically any Noisia track just really made me feel like “Yep, I wanna make this stuff.” I would’ve made heavy bass music right when I started properly releasing tunes, but I actually didn’t know how to produce heavy tracks back then to be honest (laughs). I was really into cinematic stuff and bass music at that time, but I struggled with making tracks sound intense and heavy and punchy. Instead I opted for more cinematic, chill stuff, with lots of bass and sound design shenanigans (inspired by guys like Mind Tree and Whitebear).

Nowadays, I’m at a point where I’m actually technically able to (almost) materialize the musical vision I’ve had from the get go, which is to combine the intricate detailing and progressive arrangements of my early music with the aggressive sonic qualities of dubstep and DnB.

You’ve had a lot of tracks out but not much has been written about you. Is there anything you’d like US fans to know about you or your music?

I’m just a bloke fucking about in front of a computer for hours, trying to meld lots of different influences until I’ve got a listenable piece of music. Neuro, ambient, Orchestral, downtempo, dubstep, death metal, EDM. It all goes in there. I’m not too bothered about my style pertaining to a certain scene or sound, really. I just want to write music that’s sonically intriguing and theoretically intricate, but still manages to bang (laughs). It’s all about the love for the music itself, really, and the joy of writing something that I’d enjoy as a listener and that I can be proud of.

How did you come to remix Run DMT’s track “Analogue Noir?”

Right, so I’m really good friends with Vorso, who remixed Run DMT’s track “Tesseract” a while back. He showed Run my music at some point, which led to  hitting me up, asking if I wanted to pick and remix a track off of his then recently released Revolutionaire LP. The reason I went with Analogue Noir was that I just instantly loved everything about it; it’s overall such a gritty yet distinctly dark and morose track. I knew from the start that I really wanted to preserve as much of the original as possible while still giving it my own, neuro-y twist.

You’ve done a lot of collabs, most recently with Vorso and Lifecycle. What interests you about working with other artists on tracks?

Most of all I enjoy the social aspect of it, I think. It’s just a lot of fun to create something new together with other people, and vibe off of their ideas. Hearing how your own sound blends with someone else’s is really interesting, and often leads to writing music that you could never accomplish on your own. I mean, you can always learn new things from other producers. How they think about sound design, sample selection, arrangement, music theory things, etc. Just learning one specific trick with a certain synth or effect or whatever, could inspire the creation of a whole new track or rescue an old dying project. 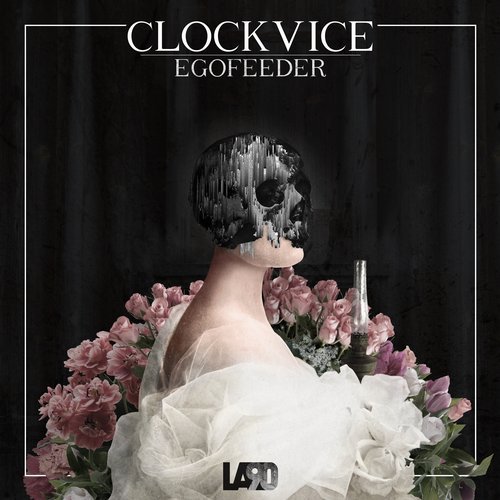 “Egofeeder” seems like quite a serious track, but there’s some definite funk to the bassline. How do you think you achieved that balance of incorporating funk into a harder track?

It’s all about the groove, to be honest. I’d say that the seriousness of “Egofeeder” comes from the sound design and the overall dark vibe from the melodies and riffs, while the funk stems from the rhythmic feel of it. There are a lot of rhythm-related shenanigans going in the track: grooves continuously switching up, lots of syncopation and misplaced accents, and some polyrhythmic interplay in the drums. I played bass guitar and a bit of drums when I was younger and I listened to a lot of djent and progressive metal, so I’ve definitely always had a soft spot for intricate and playful rhythms, toying with the listeners expectations of where a beat will hit.

There’s a lot going on in “Egofeeder” as well as a lot of your other tracks. Do you like working with slower beats so that you can bring in all these different elements and samples so each one can really be heard?

I honestly love working with all kinds of tempos and beats. I’m working on tracks that range from 128 BPM electro stuff to downtempo orchestral beats to full on 172 BPM assault. But yeah, giving every sound its own space and room to breathe is key if you want to let them shine, which is something I haven’t really started to practice until just recently to be honest.

Some of my earlier tracks are really stacked, with lots of different sounds playing at the same time. It allows for interesting melodic arrangements, but can also cloud the sonic clarity of individual elements. Writing music that is so heavily centered around sound design, it’s kind of ironic to completely blur everything up by just cramming everything you’ve got into a track. I guess you sort of have to balance the sonic clarity against what you want the track to accomplish musically.

“Egofeeder” switches tones a number of times, especially after the second break. The break itself is much more theatrical and emotive than the rest of the song, then you bring in a bunch of amens and finally the original bassline is completely tweaked. Why did you want “Egofeeder” to contain this part, as it’s almost like a second track or a remix within the track?

Me personally, I just have a hard time writing things that are more on the repetitive and formulaic side. I definitely don’t look down on music that has those qualities or anything, it’s just that I can’t really write tracks like that myself, without feeling like “nah, this part needs to be different”. A lot of my later tracks do move in that direction but with each individual verse or drop being very different from the others. Often my tracks will build in intensity throughout and then have a big bombastic finale, “Egofeeder” being a good example. I just love the way a continuously evolving track feels, constantly surprising you and throwing in new elements. I guess I’m just into stuff that sounds “advanced” or “intricate”, in a sense.

What’s coming up next for you release-wise?

I’m aiming to release another solo track early 2018, and then there’s a remix that I’ve done for a Mr Bill x Au5 release that’s coming out on Upscale very soon, and another remix that I don’t think I can disclose yet. Other than that I’m hoping to wrap up some collabs and also finish an EP that I’ve been working on for ages now. It’s more reminiscent of my earlier music: cinematic, downtempo stuff laden with lots of foley and granular noises.

Oh yes, a hundred percent yes. I’m not joking when I say that my WIP folder is like almost exclusively collaborations at the moment. Me and Vorso are working on a whole bunch of different tunes, and then I’m working on some stuff with Chee, COPYCATT, Holly, Frequent, Lifecycle and lots more. I’m actually working on something with one of my biggest inspirations ever too, but I’ll keep a lid on that for now…

Any tours or show dates in the future?

I’d sure hope so! In the moment of writing this, there are no gigs booked, but I’m planning to do some gigs asap. I’m going to put a few more solid releases, try to snag some Europe shows, nail a visa and pop over to the US and bust some speakers there too. So yeah, see you guys soon.

Check out “Egofeeder,” Clockvice’s most recent tune on his Soundcloud page, also available for purchase on Beatport and stay tuned to MethLab and Circus for upcoming releases.