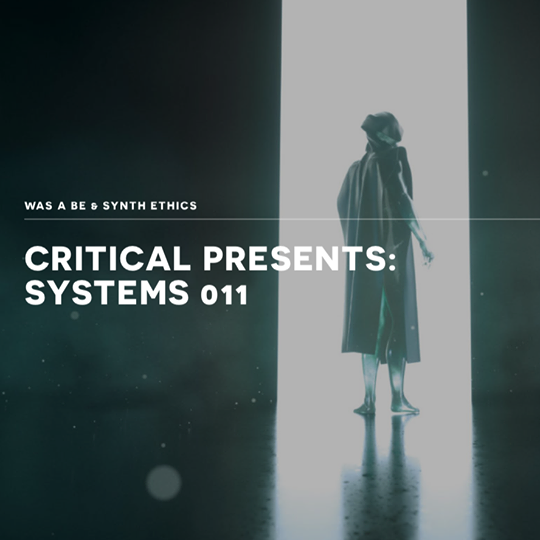 Your EDM Premiere: Was a Be & Synth Ethics – ‘Too Much’ [Critical]

It would be really nice to pick Kasra’s brain sometime about what he looks for in the Critical Binary series EPs versus Systems. If the last two of the Systems series – Systems vol. 10 from Shyun and now Systems vol. 11 from Was a Be & Synth Ethics – are anything to go by, this series seems to be a total-free-for-all, style- and genre-wise. That’s just a hunch, but it’s certainly a true one in the case of vol. 11. Italian producers Was a Be and Synth Ethics certainly pulled out all the stops for the four-track EP, due out on February 16, and of those four tracks “Too Much” is definitely the most surprising free-for-all with zero stops. Zero stops except for all the beat halts and change ups, that is.

“Too Much” lives up to its name in that is kind of almost is too much, in the best possible way. A halftime track by BPM, it also has a steppy vibe that will also resonate with dubstep fans. It’s the only track of that tempo on the EP but it definitely goes with the other three tracks in terms of its other elements: ravey siren flourishes, an unintelligible (Italian?), creepy vox track and mad syncopation of the heavy, crashing bass synths and grinding sub bass.

Said bass synths have a lot of nods to drum and bass so “Too Much” is definitely not only halftime and dubstep. All three bass music genres seem quite nicely balanced actually, though that probably wouldn’t be the first observation a listener would make due to the crazy intensity of all these balanced elements. After the second break is where the more dubstep-influenced drums come in, but right after that there’s another big DnB build and drop. The composition seems to be set at toggling back and forth between dub and DnB, with the halftime beat anchoring the whole thing. Despite all the crazy sound design and heavy hitting of this track, it’s compositionally flawless.

All the tracks on Was a Be & Synth Ethics’s contribution to Critical’s Systems series are rough, rugged and well-composed examples of both producers’ styles, but “Too Much” is definitely a special track among them, and not just for its different tempo. It really shows the composing and production chops of these two Italian up-and-comers, and it’s great that Critical has decided to feature them. Whatever the Systems series is here to do, Was a Be and Synth Ethics are doing it well.

Introducing a formidable collaboration project between Was a be & Synth Ethics. Get ready for Critical Systems 011.Pre-order http://bit.ly/CRITSYS011Releasing 16.02.18