‘The FestivalGoer’s Guide’ Contains The Answer To Any Question You Might Have About Festival Culture, Etiquette, & Success

It’s nearly impossible as a festival goer of any significant length of time to not meet The Festival Guy. Also known as Tucker Gumber, The Festival Guy has made a career and living out of going to festivals and just generally being an awesome person. His story goes back much farther than that, of course, but that’s the current path he’s on and we absolutely love him for it.

In his time as a festival aficionado, he’s actually amassed over 10,000 hours of festival time – fulfilling that age-old idea that doing anything for 10,000 hours makes you an expert at it. And in Gumber’s case, the proof is in the pudding.

In his travels and after years of discovering best practices at festivals, he’s created the ultimate festival guide to culture, etiquette, and success. It’s called The FestivalGoer’s Guide, and you can think of it as the festival counterpart to the Hitchhiker’s Guide to the Galaxy… seriously, it’s that comprehensive. 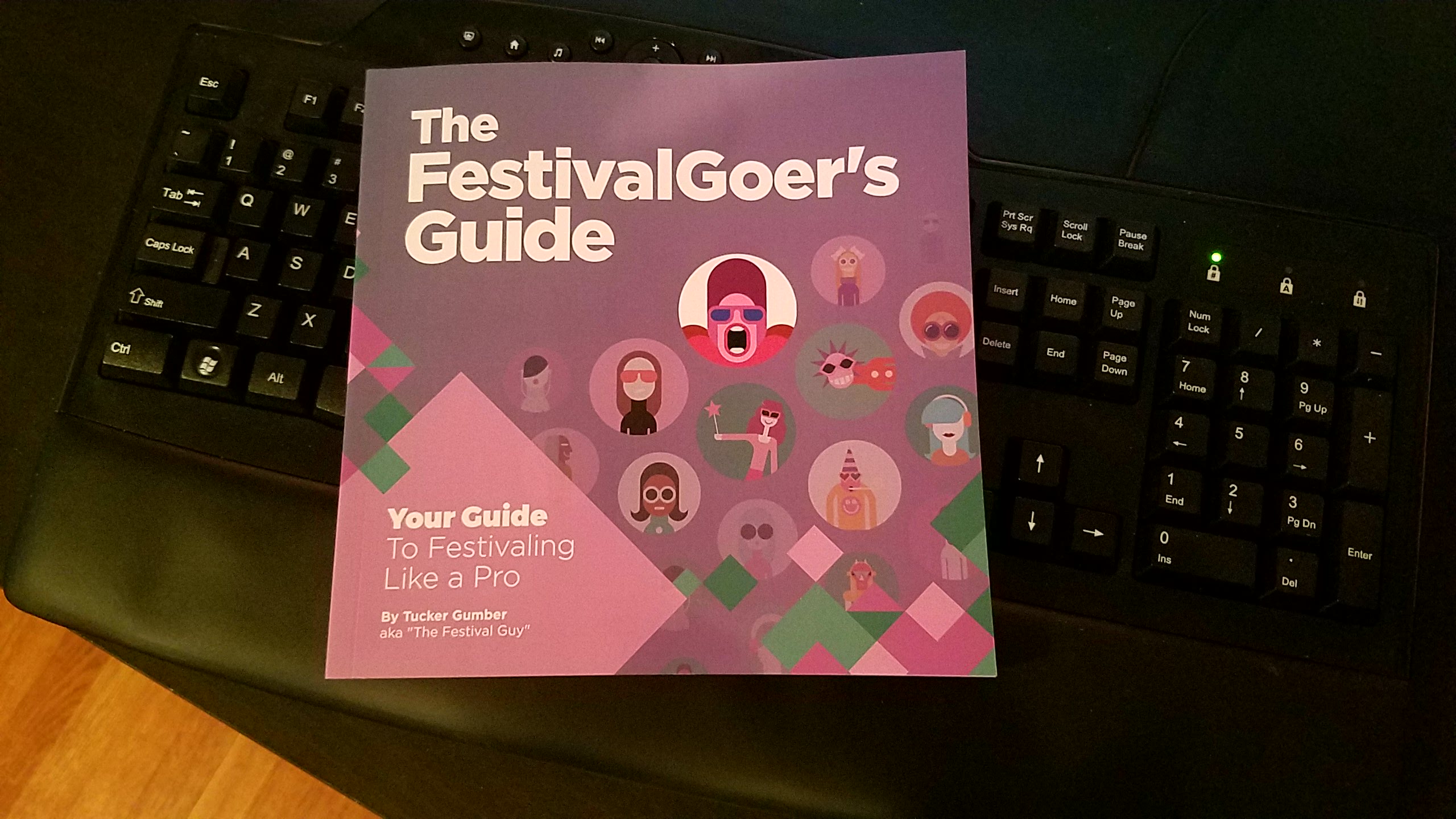 The guide goes over a variety of topics, most broadly being: Festival Philosophy and Festival Basics, Camping, Festival Decompression, and more.

The guide also features contributions from a group of amazing individuals who have devoted their lives to festival safety, awareness, and other related fields, including: Missi Wooldridge, DanceSafe; Cameron Bowman, aka The Festival Lawyer; Roco Newson, of BettyAndKora.com; Kevin Alan Lamb, photojournalist, aka Good Sign Man; and far more.

Gumber has spent his own time and money in creating this one of a kind, necessary festival resource, and in true Festival Guy fashion, he’s also giving it away completely for free – just enter your email and become a part of the FestEvo family (also download the app, it’s amazing!). However, you can still support him by purchasing the book on Amazon here.