Steve Angello Finally Relents, Confirms He Will Not Be At Ultra

Well, it’s been genuinely fun while it lasted, but Steve Angello has just all but confirmed that he, nor Swedish House Mafia, will be at Ultra Music Festival this year.

Angello has been notoriously playing fast and loose with information about Ultra, but once and for all he’s confirmed that he’s taking a break from the festival: “I do so many ultras. It’s nice with a break once in a while. I’ll be there next year!”

However, if we were so inclined to keep the rumors flowing, this could open up the possibility for an Axwell Λ Ingrosso + Alesso performance… but who knows? That would certainly be unexpected. 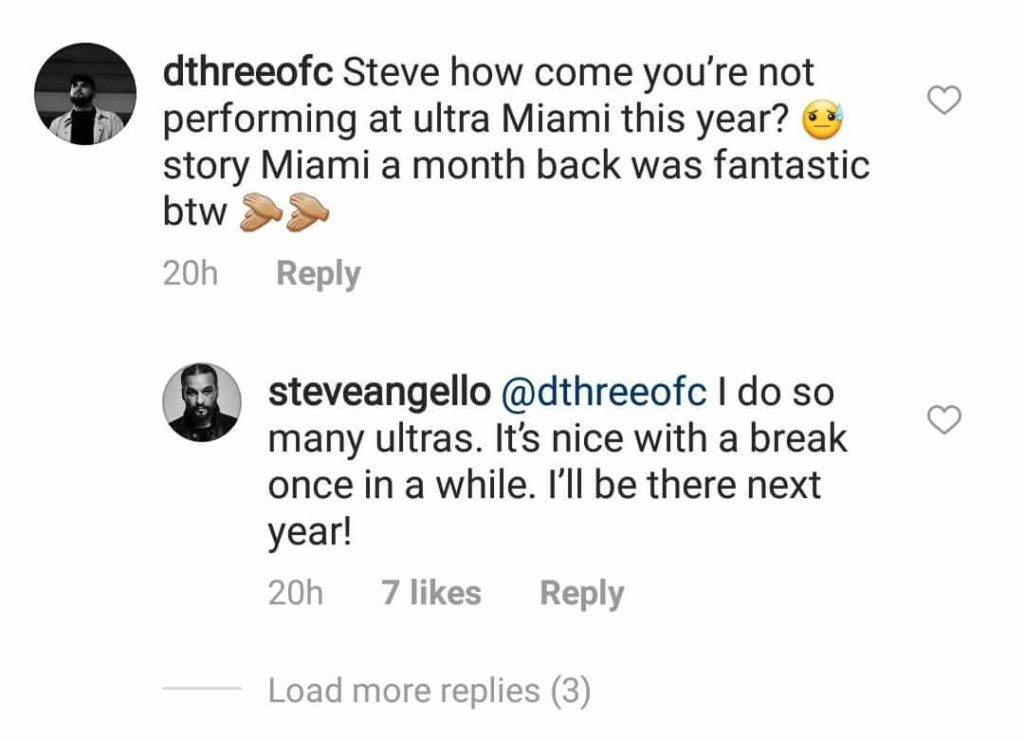