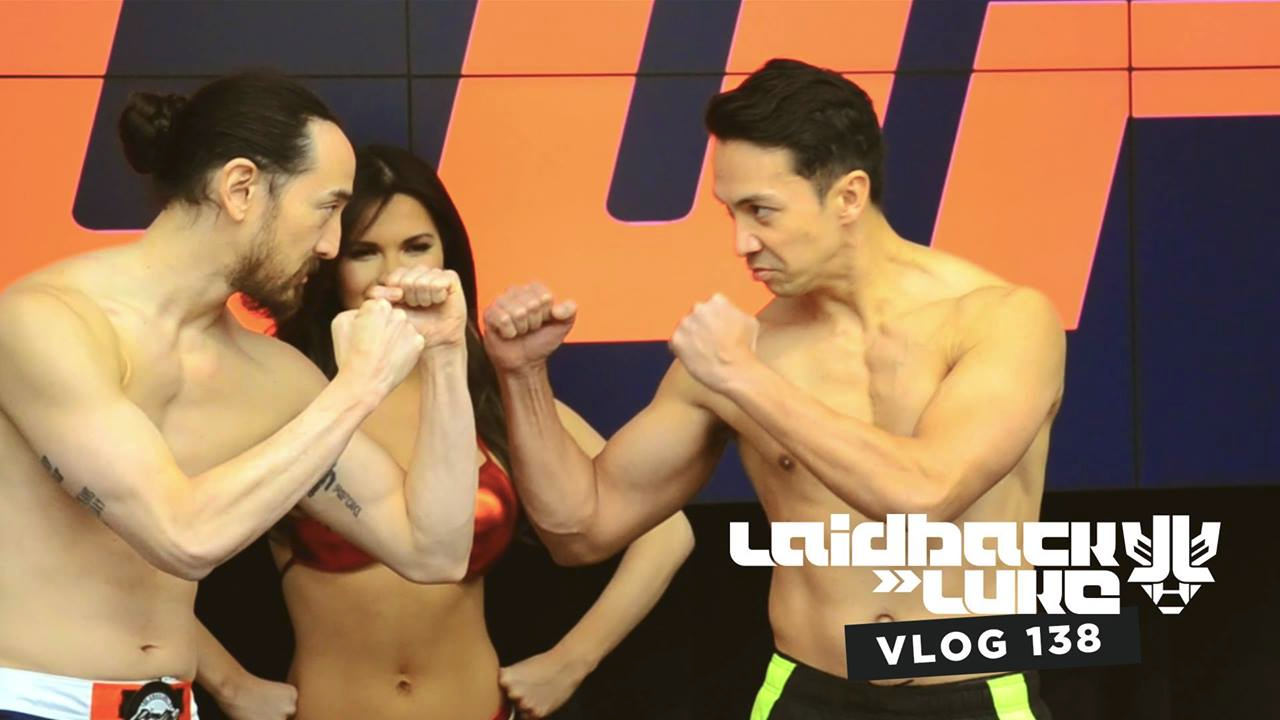 The name of their new collaboration is “It’s Time,” which will feature some guest vocals from UFC announcer Bruce Buffer – and in keeping with that theme, Steve and Luke visited the official UFC offices in Las Vegas to film the music video. All of this is the topic of Luke’s latest vlog.

The collaboration, which you can hear in the video below, is officially out April 6.

Squaring off in the UFC​ ring with Steve Aoki​!

Squaring off in the UFC ring with Steve Aoki!