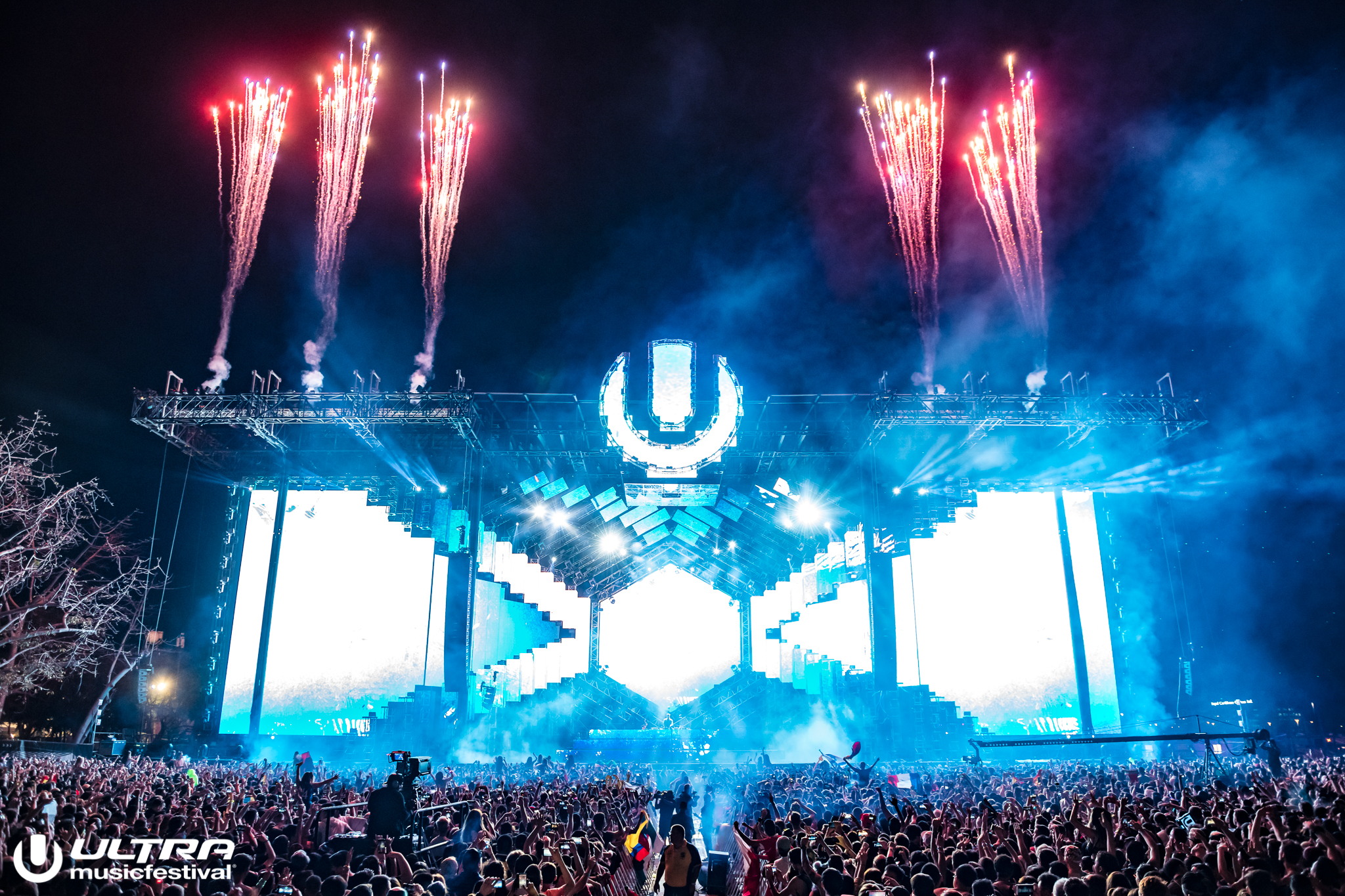 The first day of Ultra is done and over with and there are still two days left, but so much has already happened! While you listen to some of the top sets from Day 1 here, take a look at some of the top moments from day 1 below.

If you were paying attention during Joyryde’s set at the Worldwide stage, you might have caught this mad man on the live stream. Bringing a whole bottle of Sriracha into festivals has kind of become his thing – you might have also seen him at Beyond Wonderland just last week. No doubt we’ll be seeing more of him as the weekend goes on.

This guy chugging Sriracha on the @Ultra stream at @enJOYRYDE is our spirit animal 😂 #ULTRA20 pic.twitter.com/7NPMbrMy9x

Not only did Raiden open up the whole Ultra festival on Friday, he also brought out the festival’s first special guest! About halfway into his set, he welcomed international sensation YURI, from the massive South Korean girls group Girls Generation, to the stage. Needless to say, fans were ecstatic as this was one of our most-retweeted moments from day 1!

Things really started to heat up once Oliver Heldens took the main stage. Contributing his own unique brand of future house and funk to the festival, Heldens went to the front of the stage to perform his classic shuffling routing, and fans went absolutely crazy for it.

Steve Aoki recently dropped “Azukita” with Daddy Yankee, Elvis Crespo, and Play-N-Skillz, and he eventually brought them all out on stage to perform it. But first, he brought out Daddy Yankee solo to perform his massive hit “Gasolina” to the tens of thousands of people watching at the main stage. What a moment!

Is this real life? Did @steveaoki just bring out @daddy_yankee to sing "Gasolina" live at @ultra ? 😱 #ULTRA20 pic.twitter.com/k2qguGkJhU

He wasn’t done yet, though, as he brought out Desiigner to perform his remix of BTS’s hit “Mic Drop.”

Not captured was Bok Nero coming out to perform “Kolony Anthem,” his collaboration with ILoveMakonnen.

Steve Aoki wasn’t the only one bringing out special guests – even trance heavyweight Armin van Buuren couldn’t resist the allure of bringing out some help! Throughout his set, he brought out Conrad Sewell to perform a new single together, as well as Shapov who hopped on toward the latter half of his set.

.@arminvanbuuren just brought out @ConradOfficial at @ultra to perform their new single together! #Ultra20 pic.twitter.com/rObIZI48XP

The surprises never stop at @ultra! @arminvanbuuren brought out @ShapovMusic on the main stage #ULTRA20 pic.twitter.com/1IQMznIQfj

This moment is also in our top 3 for the whole day.

The king is back

Hardwell didn’t bring out any special guests, but he played a ton of new music and definitely put the stage’s practical effects through the ringer with plenty of pyro, strobes, and cryo blasts to satisfy all cravings.

What do you think of the new main stage at @Ultra this year? Let us know!! #ultra20 pic.twitter.com/5dBIfvk004

You thought Steve Aoki’s guests were big? Well, they were. But the Parisian DJ wasn’t about to let Aoki top him. Snake brought out Malaa, Tchami, and Mercer to perform their new single “Let’s Get Ill” as well as J Balvin to perform “Mi Gente”!

I can't believe it, @DjSnake brought out @JBALVIN for "Mi Gente" and "X"! 😱 @ultra #ultra20 pic.twitter.com/VxWaLnhWom

He even debuted a new song during his set.

.@djsnake blessed @ultra with some new music, "When The Light's Down" #ULTRA20 pic.twitter.com/LFMkAZZdaT

Did your favorite moment from day 1 not make the list? Let us know what it was in the comments!